I read a short story in the early 1990s (which I think had been relatively recently written), about a physician who diagnosed patients by wiring the pain center of his brain to theirs, so he could feel what they were feeling. Doctors trained that way were looked down on by other physicians. The particular doctor narrating the story became addicted to pain, and there are incidents where he tries to cause people extra pain while he's working with them, until he finally hooks himself up to a terminally ill patient and murders the patient.

Does anybody know where this story was from? I'm pretty sure it wasn't from a specifically science fiction magazine, but it might have been from an anthology or a story in a general interest magazine (although it seems pretty dark for that).

I suspect you're talking about The Pain Addict by "Valda Peach", collected in Would, Could, Should: The Science Fiction Society Anthology 1988.

Notably, each of the stories within were actually written by magicians Penn Gillette and Raymond Teller under various pseudonyms. The booklet was packaged with their book (and video) Penn & Teller's Cruel Tricks for Dear Friends as part of a convoluted magic trick you could learn to perform at home to amaze your friends. 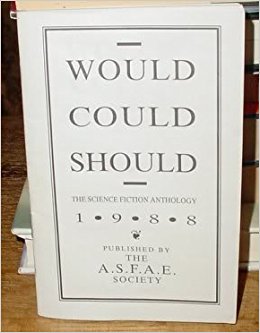 I've not read it, but the title matches and it was in the same collection as another story whose title matches the description of your other question