Did Jack resort to cannibalism?

In Pirates of the Caribbean: Dead Man's Chest, Jack Sparrow — Captain Jack Sparrow — flees to land and ends up with the Pelegostos, who make him his chief, which was nice.

When Will Turner comes along, the size of the crew of the Black Pearl has shrunken somewhat. The Pelegostos seem to be cannibals. Jack is their chief.

We see Chief Jack Sparrow nibble on a toe. 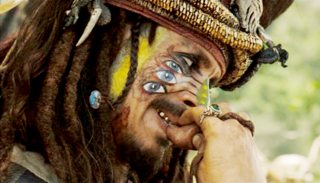 Did Jack eat more than just a toe?

Has he resorted to cannibalism?

This has been asked over on Movies & TV, but without a definite answer.

Browse other questions tagged pirates-of-the-caribbean dead-mans-chest or ask your own question.