What kind of tyranid is this?

Can anyone tell me what the huge tyranid in the background is? 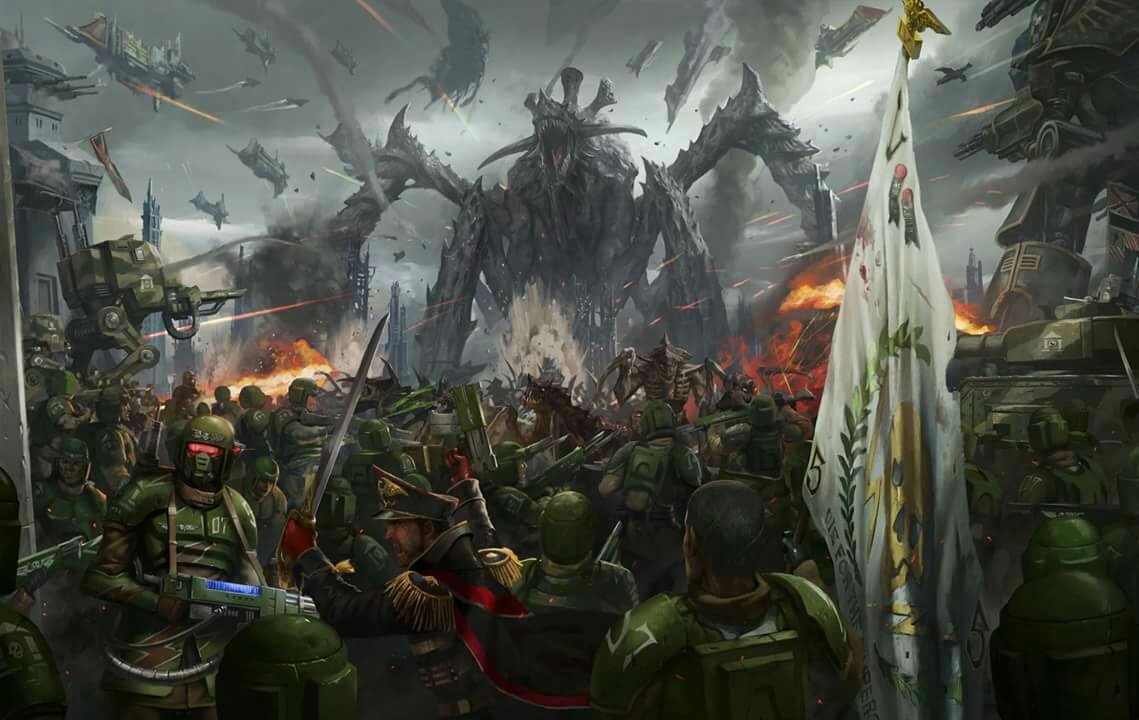 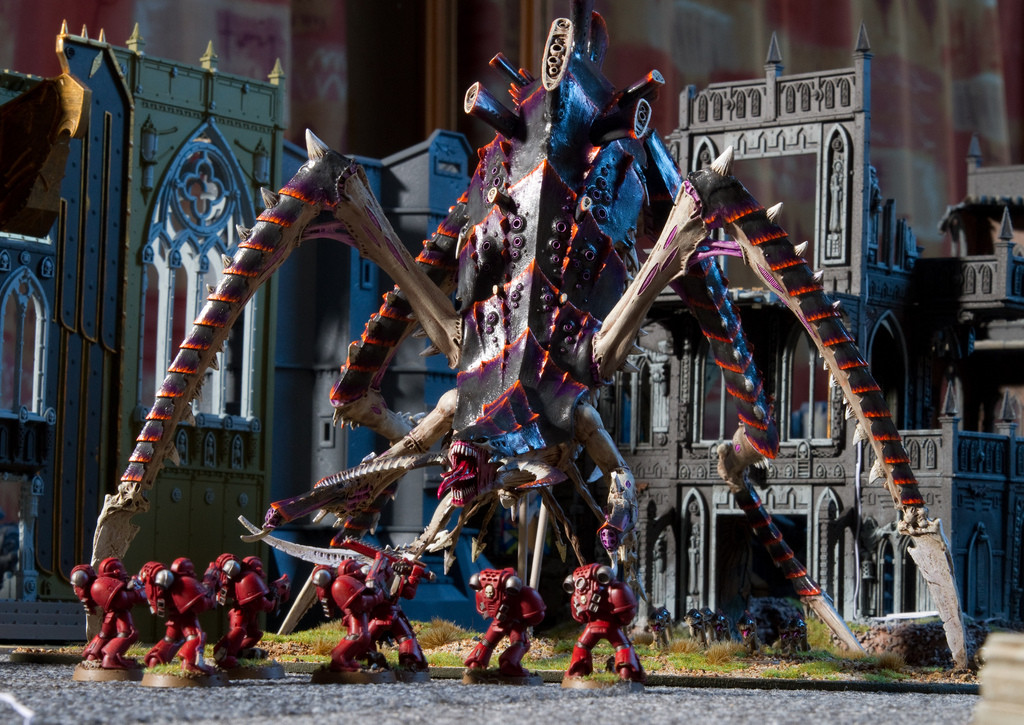 Or, to be more precise a Hierophant titan:

The Hierophant Bio-Titan is an immense, hideous creature, towering over the battlefields and bristling with spines, tendrils and symbiote weapons. They are amongst the largest biomorphs yet encountered by the forces of the Imperium amongst the swarms of the Hive Fleets, comparable in size and power to an Imperial Titan

The Hierophant is the Tyranids' largest shock trooper, armed with monstrous Bio-Cannons, multiple claws and razor-sharp blades, and armoured with a thick chitinous hide that exudes poisonous spores from rends in its plates. Like all Tyranid biomorphs, the Bio-Titan seems to be able to mutate its genome rapidly, evolving new organic weapons and defences. Other variants of the Hierophant Bio-Titan, such as the less well-known Viciator, have been identified with huge crushing claws or long scythe-like blades, cluster spines and other bio-weapons.

It's an Epic scale Hierophant Bio-Titan.

The creature has undergone some revisions, the 1st and 2nd edition Epic are quite similar, but the model Chris links to is completely different. From the looks I would say the painter used the 1st edition for inspiration.

Here's another picture that looks similar and is clearly described as showing a Hierophant (on the WH40K Wiki Bio-Titan page): 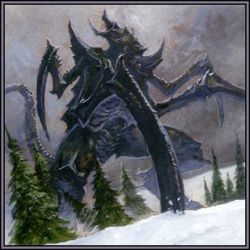 It looks like a bio-titan. Obviously in the case of Tyranids exact classifications are a bit more fluid than with other races.

As far as I am aware the only official bio-titan (ie having current rules) is the Heirophant of which a model exists made by Forge World.

The illustration does seem a bit bigger than that model suggests, scale issues are discussed in this article.

Obviously back in the days when epic scale was a thing it was a bit more practical to have giant creatures. Equally from a real world perspective it is lot easier to draw a 100 story creature with thin spindly legs than it is to make a resin model of one at the correct scale.

31
What is the best place to start Warhammer 40k?

5
Who are the villains in this picture?
18
Can anyone recognise this Batman villain?
1
How many Space Marine Chapters are lost due to the Tyranid encroachment?
4
Can anyone identify these tyranids from this description?
8
Identify this DC character
6
What is the giant creature at the end of the Battlefleet Gothic Armada 2 Trailer?
5
Had the Tyranids attacked Cadia, would their very presence clog the Eye of Terror?
16
What type of stormtrooper is this one wearing a cape?
14
Who is this tsum tsum?
5
Necron unit from "Hellforged" described as "a titanic metal-shod beetle"