Why doesn't Smaug die in the 2nd Hobbit film if it was titled the 'Desolation of Smaug'? [duplicate]

Doesn't desolation mean a state of complete emptiness or destruction?

So why doesn't Smaug perish by the end of the 2nd Hobbit film if the film's title was made to describe his end? He only dies at the start of the 3rd film: Battle of Five Armies. Does Jackson say why?

It means "the desolation caused by Smaug".

In the book, this is the description given to the barren area around the Mountain, specifically to the south and west. (The map displays north to the left.) 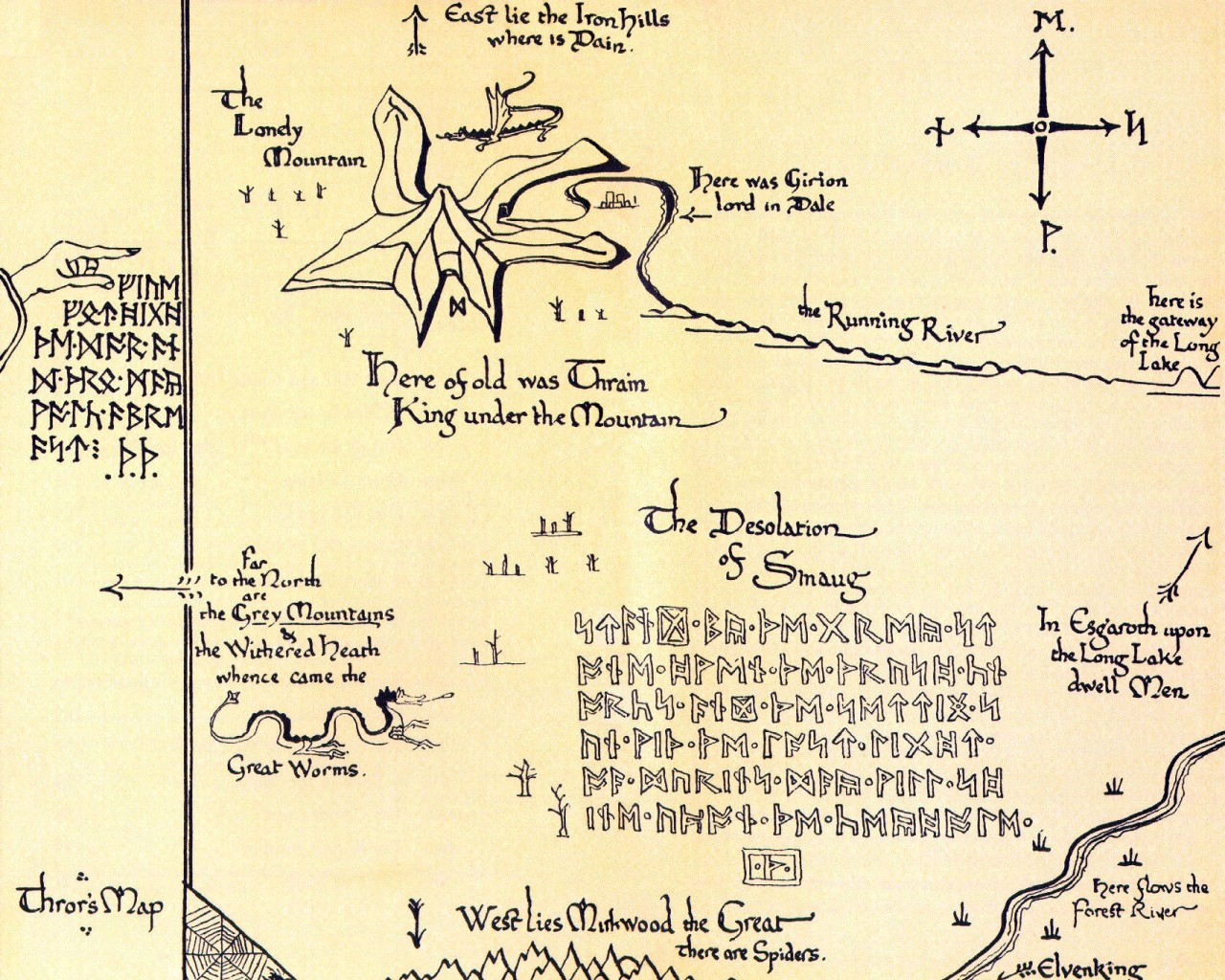 In two days going they rowed right up the Long Lake and passed out into the River Running, and now they could all see the Lonely Mountain towering grim and tall before them. The stream was strong and their going slow. At the end of the third day, some miles up the river, they drew in to the left or western bank and disembarked. ... The next day they set out again. ... The land about them grew bleak and barren, though once, as Thorin told them, it had been green and fair. There was little grass, and before long there was neither bush nor tree, and only broken and blackened stumps to speak of ones long vanished. They were come to the Desolation of the Dragon, and they were come at the waning of the year.

The Hobbit, Chapter 11, "On the Doorstep"

So while The Desolation of Smaug could be construed as Smaug being laid to waste, a more likely explanation if we take the first meaning of desolation as given above, that it's Smaug laying the land around him to waste.
But far more likely are the other three meanings of the word; the sadness or loneliness of Smaug, the grief or devastation caused by Smaug, or the barren wasteland around Smaug's lair in the mountain Erebor.

Now let's turn to the book. 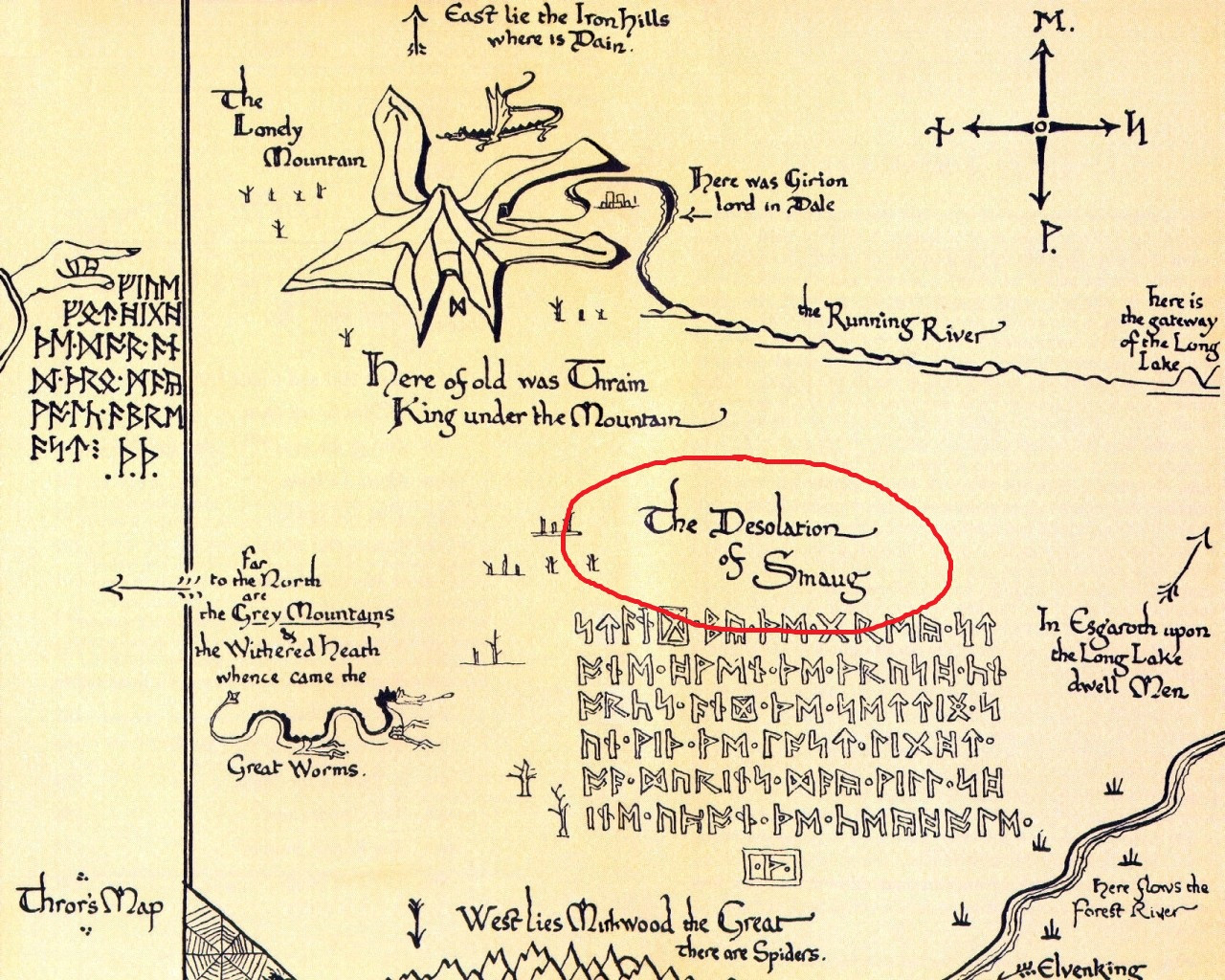 The land about them grew bleak and barren, though once, as Thorin told them, it had been green and fair. There was little grass, and before long there was neither bush nor tree, and only broken and blackened stumps to speak of ones long vanished. They were come to the Desolation of the Dragon, and they were come at the waning of the year.

The Hobbit, "On the Doorstep"

This quote, along with the map, clearly shows that it's the fourth meaning that's used here, the barren wasteland around Erebor, which is what the party had just reached in the quote.

Of course, as is the beauty of any language in words can have several, related meanings, all these meanings are invoked when used in the film's title like this. But it is clear that it does not have to mean Smaug being laid to waste.

Not the answer you're looking for? Browse other questions tagged tolkiens-legendarium the-hobbit smaug desolation-of-smaug title-explanation or ask your own question.

5
Timing sequence of Smaug's death
64
How large was Khazad-dûm?

3
How could Smaug live buried under gold without breathing? (The desolation of Smaug: The film)
4
Why is Gandalf surprised at Sauron's return in LoTR Fellowship (movie)?
9
Did Sauron battle with the White Council in Dol Guldur?
18
How did Gandalf and Mordor come to know about Gollum?
14
Why does Legolas choose to not return to Mirkwood at the end of BotFA?
21
Why did Tolkien choose to end this blood line?
5
Timing sequence of Smaug's death
2
Why don't any characters sing in the 2nd and 3rd Hobbit films?
7
Why was the funeral cut from the theatrical version of The Hobbit?
11
Why is Azog the Defiler sworn to wipe out the line of Durin in Peter Jackson's The Hobbit movies?