In the film Hollow Man, Sebastian enters the apartment of his female neighbor whom he admires occasionally from his window. It is shown that he is toying with her by moving her mirror while she is brushing her hair and then it shows her start to scream and the scene is over. Sebastian tells Carter that he just scared her:

Carter: Did you see anybody?

Sebastian: There was this one girl.

Carter: Did you mess with her?

Sebastian: No. Well, maybe I scared her a little.

Sebastian: I liked it.

When the woman screamed, she was terrified as if something else might have occurred. This is the last image you see of her before the scene ends: 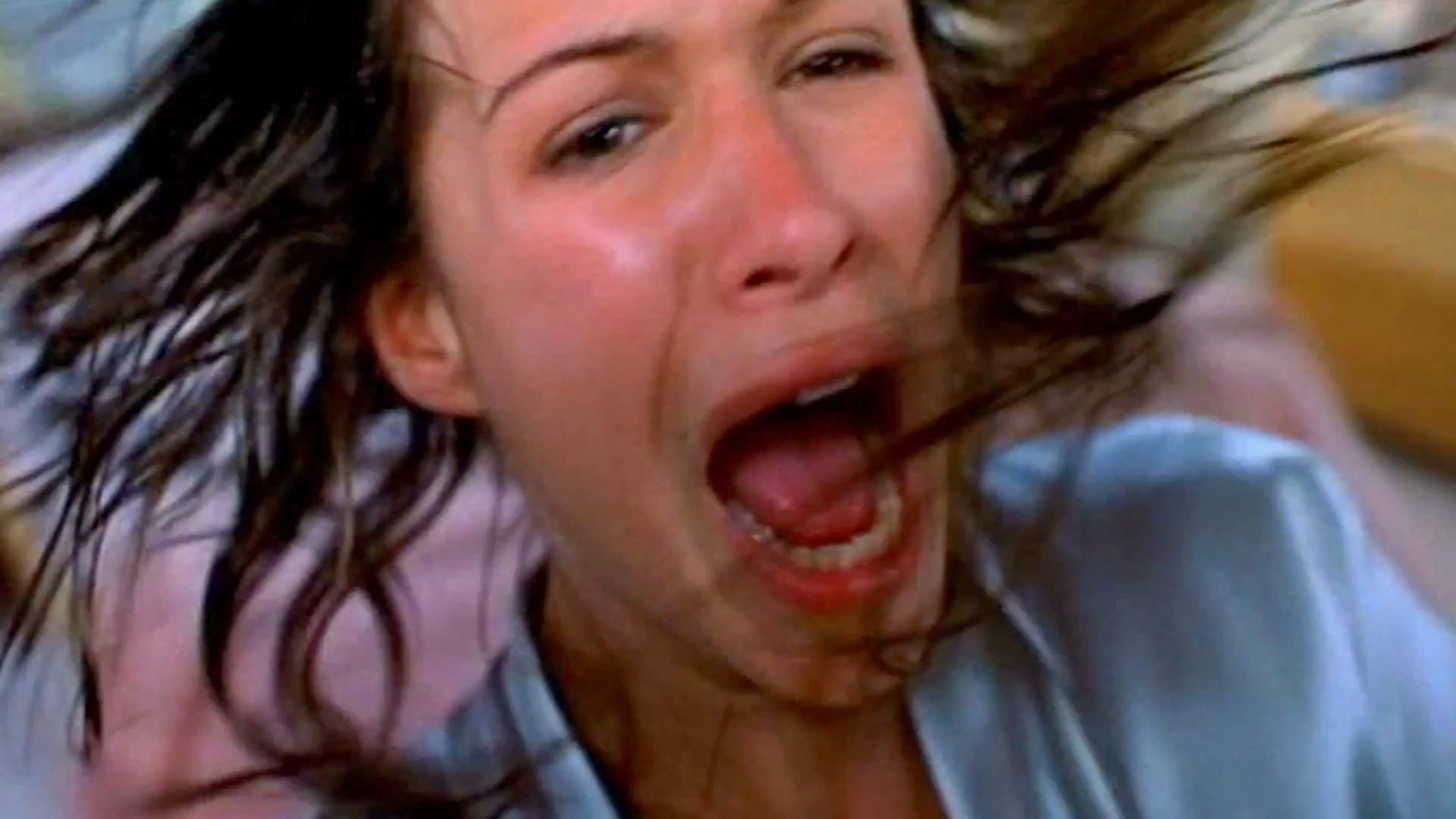 I watched this on TBS, so it was an edited version of the film. I was curious if Sebastian actually assaulted her and the scene was removed.

Did Sebastian actually sexually assault his neighbor when he went into her apartment?

As confirmed on IMDb, Sebastian had indeed raped Rhona. This, however, was not simply cut out of the TBS version, but cut out of the film as a whole, as explained in the youtube video below.

Hollow Man (2000) was Rhona Mitra's (Sebastian's neighbor who gets raped by him) second movie where she had a brutal rape and nude scene, which was edited out of the final cut of the movie...

This is confirmed in this interview with the director who describes why it was cut from the film. (A lot of skin is seen in the video. But no full nudity (breasts or bottoms).

The wiki claims that the directors cut (released years later) included this scene amongst others.

In the years that followed, both a deluxe Superbit edition was made, as well as a director's cut of the film, which restored nearly seven minutes of footage—primarily extended cuts of existing scenes including Linda and Matthew in bed, the rape scene, Sebastian killing the dog and the aftermath of Sarah being suspicious of Sebastian.
The Invisible man wiki - Hollow Man

Not the answer you're looking for? Browse other questions tagged hollow-man or ask your own question.