I've been trying to identify this for years:

I remember reading a DC comic book at some point in the late '90s where an alien race invades and occupies Earth.

The aliens occupy Earth for several years, and the superheroes are driven underground. The various DC heroes (Superman, Batman, Flash, Wonder Woman etc.) join together with a human underground/resistance to fight the occupation. I think Lex Luthor may have even joined up with them.

I don't remember very many other details, except that at one point Superman loses his cape somehow, and he dons a trench coat instead.

Thanks for the help!

This is the Elseworlds Super Seven storyline from 1994, which began in The Adventures of Superman (Annual Volume 1 #6): 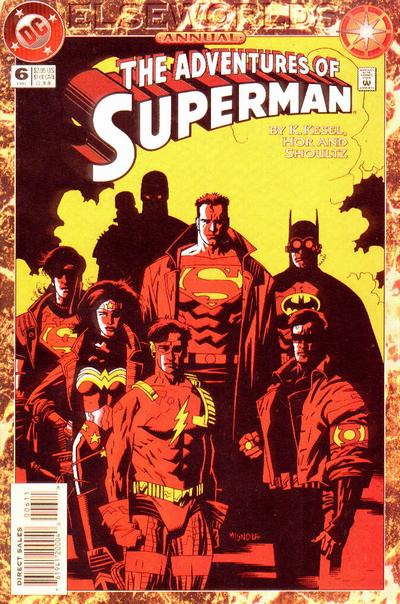 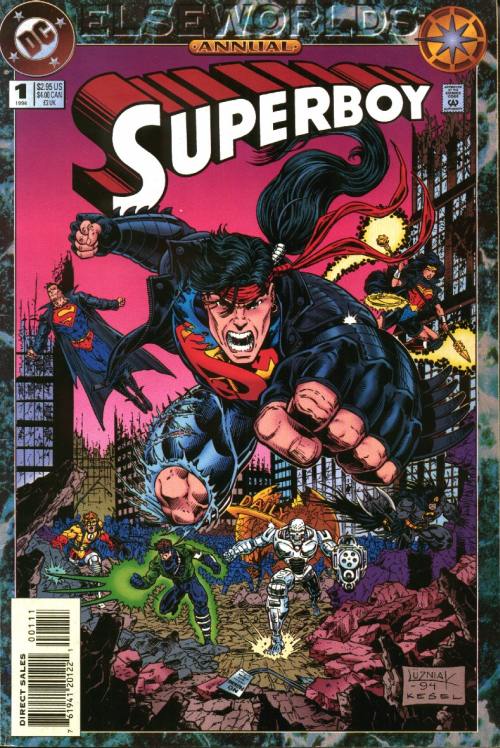 The Super Seven were formed from the remaining members of the former Justice League. The League had disbanded due to the earth being invaded by a group of alien bandits called the Malazza-Rem. At first they were able to hold the invaders off, but when their leader, Grend'll, issued a decree that every time a Meta-Human was seen, they would kill a thousand people, and five thousand more when one tried to fight back. The League continued to fight, and Coast City was destroyed as a result. This caused the humans to rebel against the Metas, and lead to the deaths of Oliver Queen, Shiera Sanders, and Carter Hall, and the breaking of The Flash's legs to a point where he could no longer run. After this, many heroes abandoned their cause, including: Ted Kord, Ray Palmer, J'onn J'onzz, and Wonder Woman. Later, at a demonstration for a new means of incapacitating humans, Lex Luthor calls in an airstrike from BlackHawk Defense, reasoning that since none of its members were Meta-Human or wore costumes that the Malazza-Rem would not attack them. This caused the death of Blackhawk's Dick Grayson, Selina Kyle, Slade Wilson, Jim Harper, and Ace Morgan. Grend'll then threw Luthor off of a building and ordered his body to be left there. Lana Lang then took Luthor's place as the Malazza-rem's representative to the humans.

Not the answer you're looking for? Browse other questions tagged story-identification dc comics superman alien-invasion or ask your own question.