I'm trying to remember the title of a book I read perhaps in 2010 or 2011. The book was a used paperback at the time, and might have been published in the naughts or the nineties. The cover of the copy I had showed some sort of slug creature that was very reminiscent of the Ohm from Nausicaä and the Valley of the Wind. It was a small, thick paperback like most other sci-fi shlock.

The book opened with two soldiers arguing about whether they were on a forest planet looking up at its forest moon, or on a forest moon looking up at its forest planet. An answer is given to them by a passing scientist. The general plot of the book, at least in the portion that I read, was the conflict between humans and a group of aliens that resembled robotic slugs, and maybe some insects or arachnids or something. The robotic slugs were prone to torturing captured humans and press-ganging them with mind-controlling chips, sort of like the Borg.

I'm sorry that this question is so vague, but I can't remember even the name of the main character. It's been bugging me (heh) for six or seven years now. Thank you in advance. 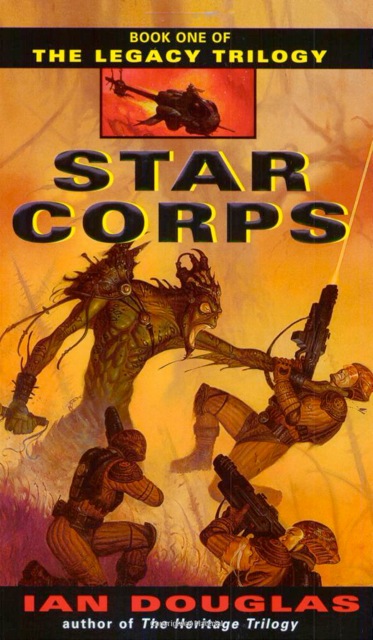 He hesitated, looking up at the vast and seething globe of Marduk. "Hey, Captain?"

"Some of the guys were having a friendly argument the other night. Is Ishtar a planet or a freakin' moon?"

Pearson chuckled. "Look it up on the local net."

"I did. Didn't understand that astrological crap."

"Astronomy, not astrology. And it's both. Marduk is a gas giant, a planet circling the Llalande sun. Ishtar is a moon of Marduk...but if it's planet-sized and has its own internally generated magnetic field and atmosphere and everything else, might as well call it a planet, right?"

Could it be the Starfist series? I don't remember which one had the forest, but I have about ten of them. They are from the late ninetees (and early 2000s), they have marines fighting ugly aliens every time, and I vagely remember that scene with the forest (it's the type of humor typical for the series).
I am not going to re-read them all now to check, so here is a shot of the first one. It's not the right one, but maybe the series is correct: 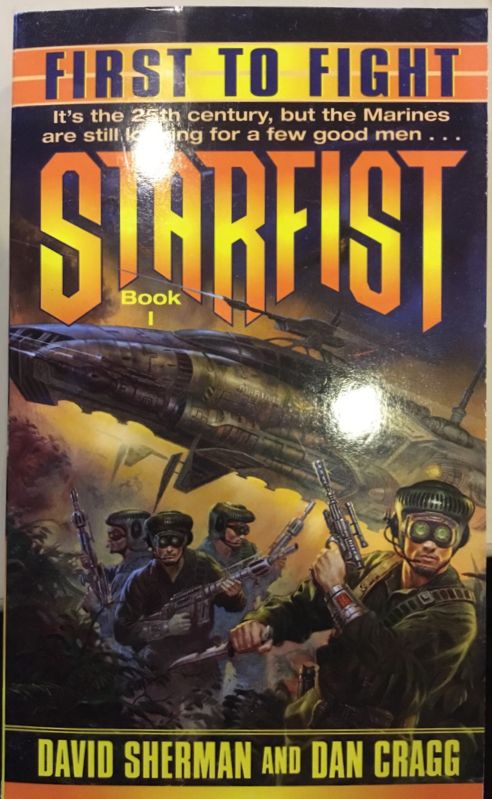 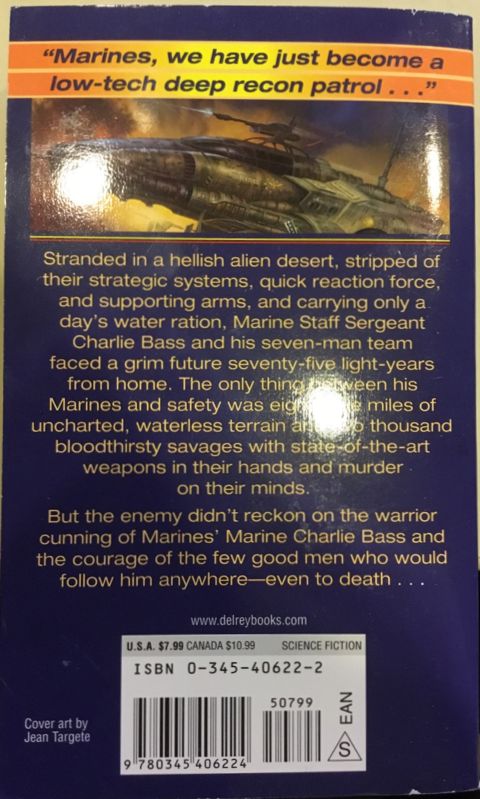 If you want, I can upload a pic of all ten.

12
First "big" Science Fiction novel about colonization?
8
What is the name of this trilogy about uploaded people in space?
13
Science fiction novel about a blackbird selling their song
7
Comic about space exploration team meeting human-sized, insect-like aliens
5
Looking For an Early 2000s Young Adult Book Involving a Human Boy Raised by Aliens
13
SF novel about one-way scientific expedition to inhabited planet, where telepathic aliens "talk" sort of ++like this++ and ~*~this~*~
11
Searching after a science fiction book/series about Galactic war with a weaker Human/Alien Alliance vs. Another hostile alien race
5
Science fiction novel that had an albino space crew