Location of the Yorktown Starbase

In the film "Star Trek: Beyond" we see the Yorktown Starbase. We are only told that it is buildt in interstellar space, to not prefer some race, and also that the base is near the Necro Cloud Nebula.

Are there sources that state where the base is located? I don't know which maps you can find online are canon, especially in the Kelvin timeline, so I leave that to you.

Canonically, the location of the Starbase, the nearby Necro Cloud and the planet Altamid haven't been confirmed. We know that they're near the ...

... as of 2263, but there's no indication where that actually is. The Necro Cloud, nor any of the other planets or features mentioned in the film correspond to anything on any of the existing maps of the Star Trek universe.

It might interest you to know that Simon Pegg placed the planet Altamid in the Andromeda Galaxy, 2.5 million light-years from Earth. This is a journey that would take the USS Voyager, traveling at top speed, more than 3000 years to complete. 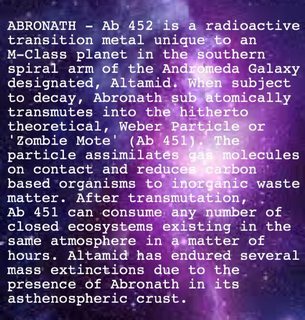 11
Is there a galactic map showing the homeworlds of the various humanoid species?

4
Where does Artemis stand in the Star Trek timeline?
14
Was Kirk born prematurely in the alternate timeline?
31
What's the origin of referring to female superior officers as "sir"?
5
What is the population of Yorktown in Star Trek Beyond?
13
What did Enterprise do while the away team was underground on Regula?
2
Did Starfleet ever deploy ablative generators and/or transphasic torpedoes?
32
Why does Starfleet allow racism and speciesism?
6
What is the fate of the USS Franklin in the Prime timeline?