In Babylon 5 S3E10: Severed Dreams, the station along with the EAS Alexander and EAS Churchill are attacked by the EAS Agrippa and EAS Roanoke, plus supporting ships. After some initial fighter engagement, Sheridan orders the station's defence grid to target all its weapons against the Roanoake (32:40). We then see 'good guys' landing three big hits. First, the Churchill, having taken a hit to primary systems, rams the Roanoake, because the captain knows her own ship is about to explode (33:10). 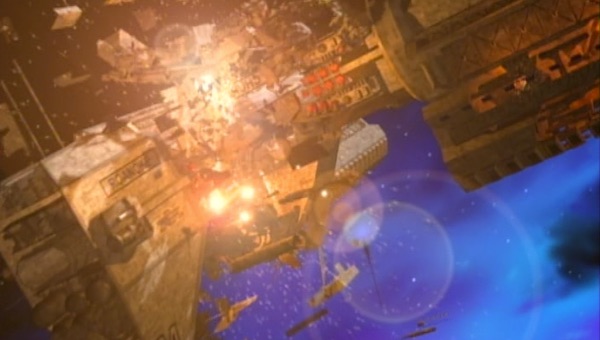 Not long afterward (33:45), the Alexander moves into position and opens up on the Agrippa with her forward guns. 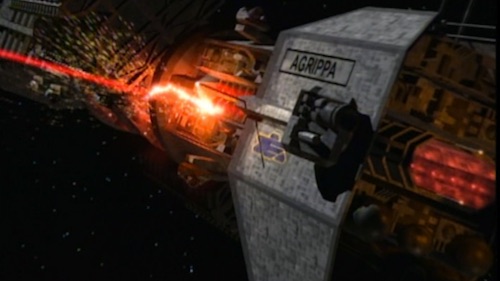 The scene then cuts to station security fighting hand-to-hand with invading troops, then Sheridan giving the order to fire (34:09). However, what we see is the Agrippa being hit, not the Roanoake. 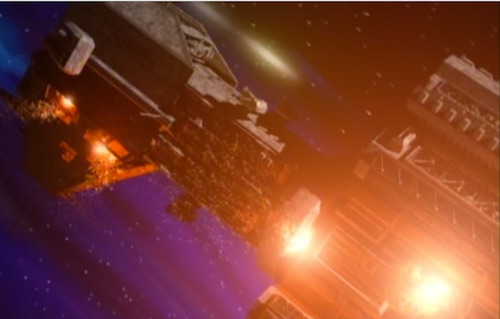 Sheridan then orders the Roanoake to surrender, and we see a destroyer exploding, which looks like the Agrippa to me, though I couldn't find a clear image. 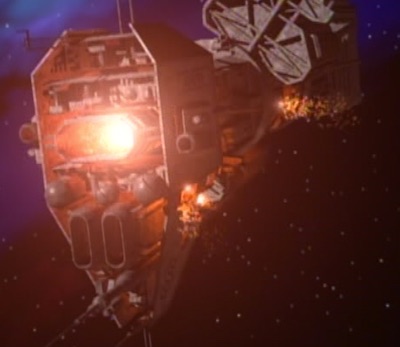 Notably, the interrogator in S4E18: Intersections in Real Time clearly blames Sheridan for the destruction of the Roanoake (21:55), but doesn't mention the Agrippa, or the Pollux, which is destroyed during the attack at Proxima 3 in S4E15: No Surrender, no Retreat (though not directly by Sheridan).

So, did Sheridan really destroy the Roanoake? Is there anything to explain the fact that the defence grid hits the Agrippa rather than the Roanoake in Severed Dreams, or is this just a continuity error?

I believe it's a continuity error, based on this quote from JMS:

About Sheridan asking the Roanoke to surrender

Yeah...the reference was kafuffled. There was so much going on, so many EFX shots, so much rearranging of shots to make everything work (we literally delivered this 2 hours before the process for uplinking started) that this slipped past. I'll assume that Sheridan got excited and said the wrong name. It'd happen to anyone. Right? Right?

This is documented on the Lurker's Guide page for Severed Dreams

To clarify - as @Radhil points out in the comments - the EFX were the error here; the dialogue of Severed Dreams and Intersections in Real Time would be coherent if the EFX actually showed the Agrippa (not Roanoke) being rammed at 33:10 and the Roanoke (not Agrippa) being hit at 34:09 and then destroyed as a result. The fact that the two shots were cross-labeled were the "kafuffled reference."

This is more easily understood if you're familiar with JMS's habits - whenever he blames or attributes something to a character in the manner he does here ("Sheridan got excited and said the wrong name"), he's actually indicating that the "real world" (JMS, producer, director, EFX, somebody) screwed up and is using the tongue-in-cheek humor of blaming the characters to excuse it. If you read through the various quotes collected in the Lurker's Guide, you'll see it - when he describes actions by an actor, he's straight up. When he describes actions by a character, then he's either imparting a deep philosophical understanding of the story or hanging a real-world snafu on them.

Not the answer you're looking for? Browse other questions tagged babylon-5 continuity or ask your own question.

23
If PPGs don't penetrate metal, why didn't people use armour in Babylon 5?

12
What price did Sheridan pay in the future?
13
What is the origin of this quote by Sheridan?
8
How did Kosh know to tell Sheridan to jump into the abyss on Z'ha'dum?
9
Is David Sheridan fully human?
21
How did Kosh's lessons prepare Sheridan for war with the Shadows?
3
What did Sheridan see when he saw Kosh?
19
Was Sheridan and Franklin's mission in “In the Beginning” ever referenced elsewhere?
6
In Babylon 5, how did a piece of Kosh end up inside John Sheridan?
8
Did Sheridan and Delenn ever learn that Emperor Londo Mollari was controlled by the Drakh?