What was Bruce Wayne’s alias in The Pit?

In Batman Vol 2 23 a short story was included called "The Pit" in which:

At the age of 24, Bruce Wayne was training in Norway, involved in a death-match fight that had thus far lasted for 28 hours because he refused to kill.

A character known as "the Queen" leads these warriors that have been fighting Bruce Wayne. She is trying to teach Bruce "the lesson he really needed was to learn, that the only way to win a war is to wage it with death.".

From my recollection from when I read this story, while she talks to Bruce she refers to him with a false name. She even acknowledges that that might not be his real name.

What is this (false) name that Bruce is using or is being referred by these people this story?

Batman's alias in The Pit is Banion. 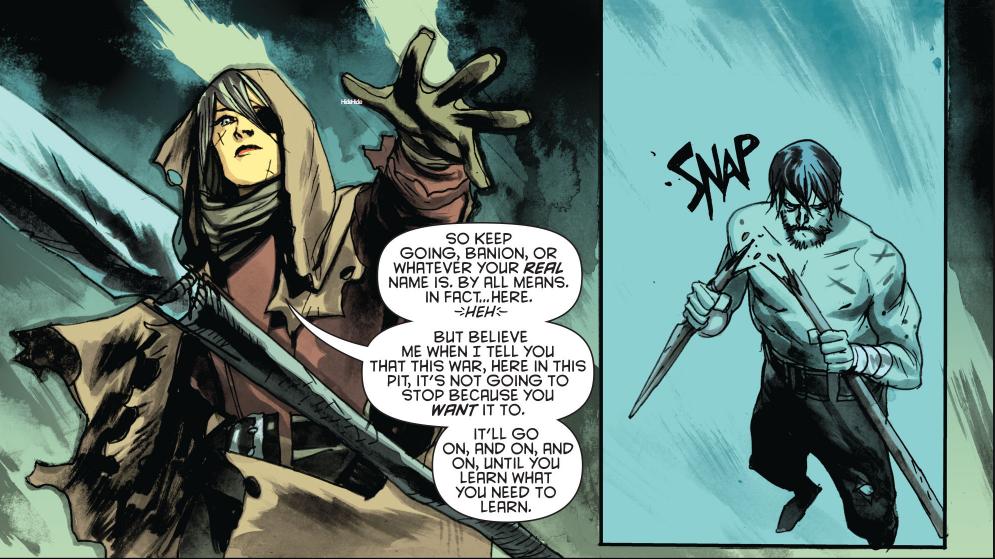 So keep going, Banion, or whatever your real name is. By all means. In fact... Here. But believe me when I tell you that this war, here in this pit, it's not going to stop because you want it to. It'll go on, and on, and on, until you learn what you need to learn.