In AvX #1 we find out that Tony Stark had set up an alarm that goes off whenever the Phoenix Force is used by someone on Earth. This gets triggered by Hope's retaliation on Cyclops, which used the Phoenix's abilities. 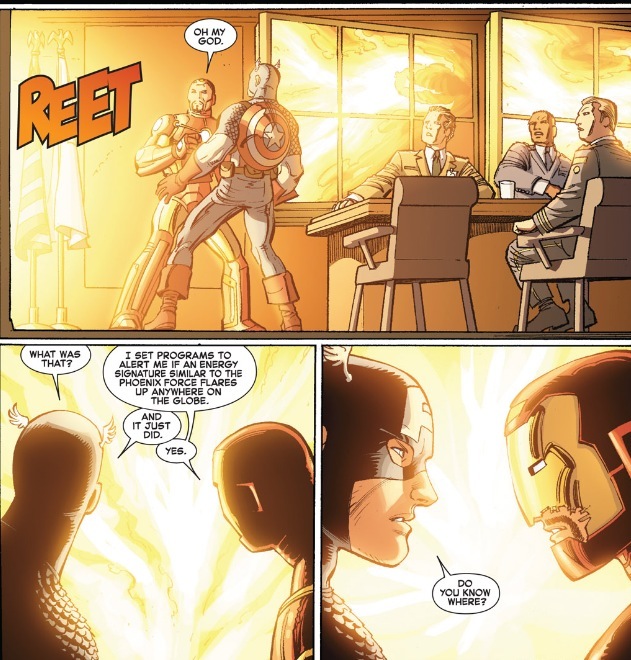 However, in Uncanny X-Force Jean Grey from the Age of Apocalypse came to Earth and used the Phoenix Force, yet she did not set off the alarm. How come the alarm did not pick her up? 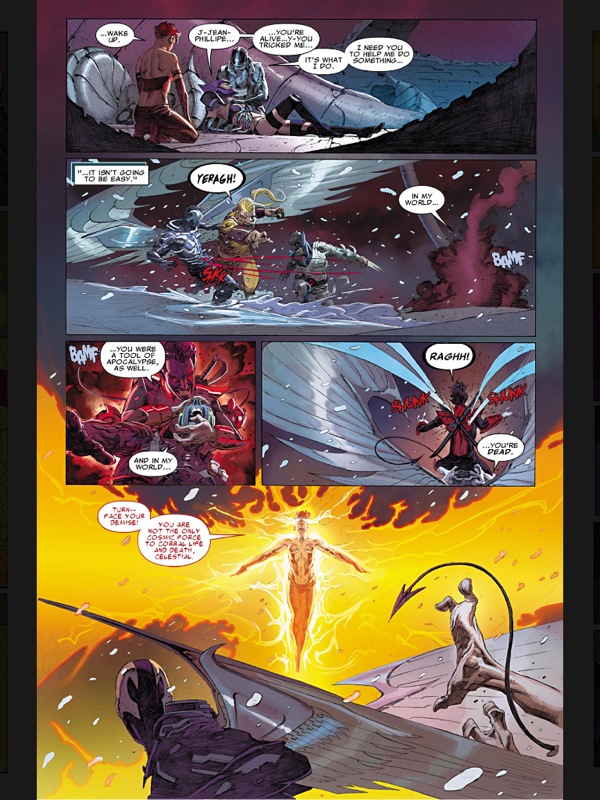 There are only a few logical conclusions.

As it stands option 2 is the most likely for me, But 1 and 3 aren't so far of as not to be believable.

I really think it's one of those incidents where other in-universe stuff is ignored to not screw up the story (i.e. to avoid permanent crossovers; series following their own canon; feel free to correct me on this).

Look at any other of the newer Marvel stories or movies (except "The Avengers"): They all contain some maniac antagonist causing lots of havok, potential casualities and maybe even some kind of apocalypse. And yet none of the other superheroes shows up. Are they just busy or too lazy? Once you introduce two "rescues the day" heroes to the same universe showing up in different comics, movies or animation series, you'll most likely cause situations not making any sense when seeing the universe as a whole. You'll have to keep the other heroes away without explaining it.

Or if you'd like another example from a different universe: Hercules and Xena. There've been several crossovers, especially with very strong enemies and stuff. However, there've been more than just one or two occassions where Hercules or Xena had to rescue the world without any help from each other (nothing mentioned, they probably didn't even try).

7
When did the Avengers have their first confrontation with the Phoenix Force?

2
Were any of the Avengers involved the last time the Phoenix came to Earth?
21
Are HYDRA's weapons related to Iron Man's repulsors?
10
Is there a set limit on mutant abilities, where they're deemed too unrealistic?
8
How did Bryan Singer intend to introduce the Phoenix?
57
Why is there Iron in Iron Man's name when there's nothing iron about it?
4
Can Iron Man's armor in Sentry mode, or Iron Legion, hold Mjolnir?
7
Is the Trial of Jean Grey just a complete misunderstanding?
1
How can Iron Man's repulsor gauntlet work after Thor crushes it?
6
Old X-Men comic where team travels to alien world with a ring-like sun that needs recharging?
3
Is Iron Man: Armored Adventures a purely stand alone series, or does this version of Tony exist in some other universe outside of 616?