In The Wolverine, Yukio is a mutant that has the power to see how people she touches are going to die. At one point in the movie, she tells Logan that she saw his death:

I saw you die, holding your own heart in your hand.

In that movie, this scene leads into one where Logan

literally operates on himself by removing his own heart

but while he flatlines, he obviously doesn't die. This leads the viewer to suspect that Yukio's vision must have been confused by Logan's healing factor, and the whole "prophecy" never comes up again.

Fast forward to the end of Logan, and we see:

Logan dying, holding Laura's hand in his own.

Was this scene shot intentionally so that it paid off Yukio's prophecy, or was this just coincidental?

James Mangold, who is the Writer and Director of the movie Logan as well as the Director of The Wolverine, confirms on Twitter that he did intend that as foreshadowing the whole time!! 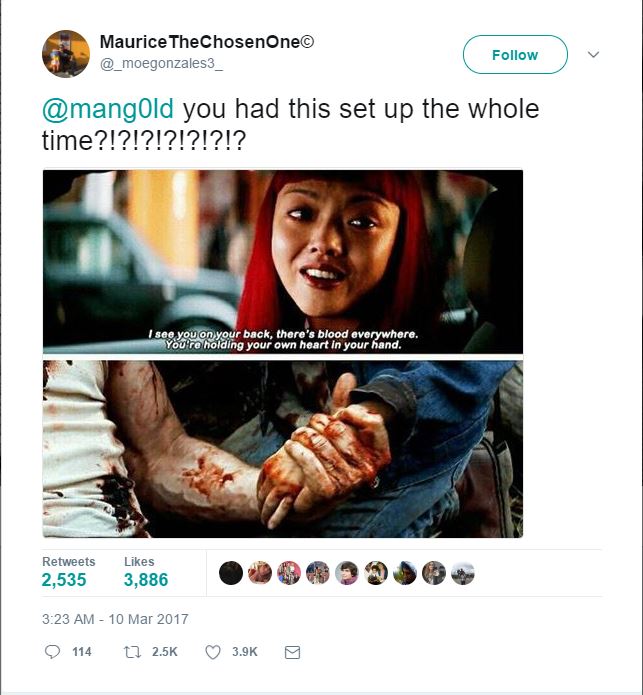 To which Mangold replies: 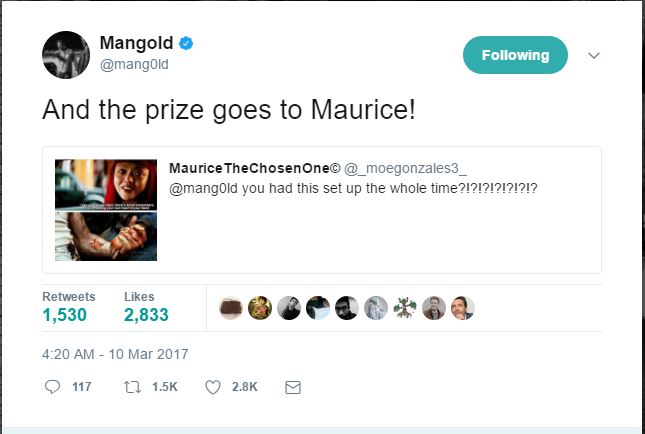 And here's an earlier Twitter convo where James confirms the theory.

I shall give you a few moments to gather your feels and collect your jaws from the floor.

Not the answer you're looking for? Browse other questions tagged marvel x-men-cinematic-universe logan the-wolverine or ask your own question.

8
In The Wolverine, was Logan dreaming or was it real?
12
Why does Logan remember WWII in The Wolverine?
26
How can Charles Xavier be alive in the movie Logan?
24
Does Wolverine's healing factor still work properly in Logan (the movie)?
2
Why is Logan locked in a well at the start of The Wolverine?
4
What are the non-contemporaneous items or design choices in Logan?
24
In Logan, what disease is this character dying of?
9
Does “Logan” have continuity with X-men movies? Which ones?