I remember watching a trailer of this one movie, vague memory of teenagers finding a spaceship wreck or crash. One teenager found this controller/medallion thing which might be shaped like a diamond. This controller/medallion gives the teenager a kind of bio suit (much like Guyver's or Ultraman's) and in turn the teenager protects the earth from invading aliens or some race from another dimension of some sort. I clearly remember it being a space ship and aliens though. This film seems to be directly inspired by The Guyver movies and essentially recycled to what is today looks to be like Max Steel (2016).

I need the title, desperately wanna watch it. Thanks in advance.

Edit: I saw the trailer years ago in the 90's. The protagonist is a lone hero at the age range of maybe 17-20 with a bio-suit he got using the controller/medallion. The story and character borrows a lot from Shaider, Guyver, and The Masked Rider Black series.

The said trailer went on air 2 or 3 years after The Guyver movies and I believe it was an american film.

I think I found it. It looks ugly, but the forest fight scene and the alien army looks to be the closest to what I have pictured in my head. I remember how I desperately wanted to watch this when I was young, tokusatsus were all the rage back then. Too bad couldn't find the actual film.

Look, you may have watched the trailer for the Power Rangers (2017) movie. The only thing is that this is more recent than what you've alluded to.

It features a group of teenagers who: 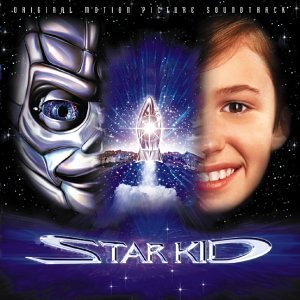 Spencer Griffith (Joseph Mazzello) is a shy seventh grader and 12-year-old boy. He has a crush on a school girl named Michelle (Lauren Eckstrom). Spencer's life changes when a mysterious meteorite crashes into a nearby junkyard. Investigating the site, he finds that the "meteorite" is actually a small rocket carrying a "Cyborsuit.", a prototype exoskeletal-suit with AI (short for Artificial Intelligence) from another galaxy. Spencer then decides to try the suit on and melds with the suit AI, who Spencer calls "Cy". After testing most of the functions and abilities of the suit, he then goes around town doing whatever he wants, such as getting back at a school bully Turbo (Joey Simmrin), rescuing Michelle and her friends from a damaged ferris wheel, and ordering food from a fast-food restaurant drive-thru, along with a few hilarious antics such as trashing his house while getting his head stuck in a refrigerator, figuring out how to eat a hamburger through the suit and wanting to get out of the suit to pee when Cy wouldn't let him.

During this time, Earth gets visited by a Broodwarrior (Brian Simpson), a member of an alien race of insectoids waging a war against the creator of the Cyborsuit, Tenris De'Thar and his fellow Trelkins. The Broodwarrior's mission is to capture the Cyborsuit so that his race can analyze it. After his first encounter with the Broodwarrior, Spencer escapes, forces Cy to eject him out of the suit and then abandons Cy telling him that he's afraid that he might not live to see his next birthday if he "engages" the Broodwarrior. Back at home, after Spencer looks over his comic book titled MidKnight Warrior and thinking about what kind of person he wants to be, he goes back out to find Cy only to find out that Cy was captured by the Broodwarrior. Spencer begins searching for Cy accompanied by Turbo, now becoming his friend. As they head to the junkyard, where Cy is about to be taken off-world by the Broodwarrior, they create a plan to distract the Broodwarrior long enough for Spencer to rescue Cy. Spencer gets Cy back and begins battling with the Broodwarrior.

With the Broodwarrior now destroyed, they return to Cy but it appears they were too late to save him. Just when Spencer begins to lose hope, Cy's creator Tenris De'Thar and Trelkin soldiers appear from a giant UFO and quickly repair him, bringing him back to life. After Cy and Spencer say goodbye to one another, one of the aliens gives Spencer a badge for his bravery and courage before their departure back to their home-world. The next day at school, a now confident Spencer, with encouragement from his new friend Turbo, starts up a conversation with Michelle.