I read this book in the school library in the early 80s, so it was probably published in the 70s or earlier. The book is composed of several stories starting in modern times going out to the far future.

In the first story, aliens come to earth to sterilize it of life. Small circular areas in remote regions were not affected by their doomsday device and a handful of humans who were out exploring or hiking are not killed. Over the years they barely manage to survive as it takes great effort to grow anything in the small patches of soil in which food can still be grown. Eventually, the survivors managed to revitalize the soil outside the areas not affected by the doomsday device.

In later stories, the descendants of those humans begin to develop powers and eventually come to resemble something like Vorlons in that they no longer need bodies and can travel the entire galaxy without the need for spaceships.

I'd like to track the book down and re-read it, but I have no idea who the author was or what the name of the book might have been.

This sounds a lot like The Turning Place by Jean E. Karl. 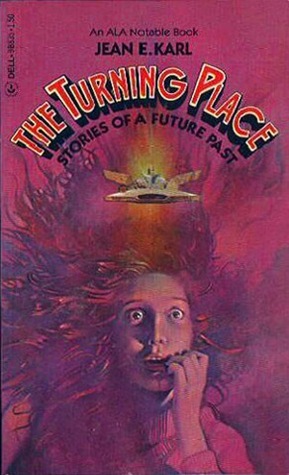 My impression was that the survivors survived because they had rudimentary psychic powers that let them pass through the force field that later expanded over the Earth, killing everyone else. Thus, severe evolutionary selection for psychic powers happened at that time, and the powers grew stronger in succeeding generations.