Why Didn't Gallifrey Throw Earth Out of Orbit?

In the Doctor Who episode "The End of Time Part 2",

Gallifrey is pulled out of the Time War alongside the Earth

(has it been long enough I don't need a spoiler? eh, I won't take the chance)

Gallifrey is visually several times the size of Earth, as is shown here. 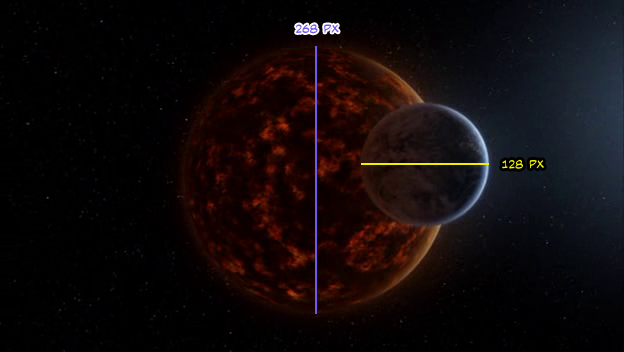 As you can see, Gallifrey is no laughing manner. But wouldn't Earth's orbit be pulled apart? Even for the five or ten minutes it lasts, shouldn't Gallifrey wreak havoc on Earth's orbit, as massive bodies tend to do? As the picture shows, the moon is probably gone, as Gallifrey would present a larger energy source, and thus larger attraction. Especially if it was in the way when Gallifrey made its entrance, as the picture would suggest. How does Earth escaped unscathed from this orbital confrontation?

Had Gallifrey remained where it re-appeared, it would likely have shredded Earth and the Moon, and possibly sent it careening out of the solar system (or into the Sun).

That said, the same effects would have likely had similar catestrophic effects on Gallifrey. Sure, Earth is smaller, but they would both have felt tidal forces from the other, and I'm sure Gallifrey would have been at the very least battered and wrecked.

The Time Lords, however, are smart AND clever. They understand gravity in a way we don't. They have built technology that can transverse time and space in moments, and (famously) dimensional manipulation abilities that allow things to be smaller on the outside.

So I'm pretty sure the answer to "why didn't it happen" is "The Time Lords didn't want it to". There might be more specifics, like 'gravity neutralization bubble' or 'spatial impact avoidance' or other technobabble. But in the end, it didn't happen because the people who can juggle planets decided it wouldn't.

They did it for their own benefit (because putting Gallifrey back together would have been annoying, I'm sure) but they did it. And so the Earth was saved, thanks to Time Lords being surprisingly non-dickish.

Not the answer you're looking for? Browse other questions tagged doctor-who orbital-mechanics gallifrey or ask your own question.

25
Why does the Doctor favor Earth?
10
Why don't Time Lords from different Parallel Universes help out?
13
Why can't the Doctor visit Gallifrey?
13
Why didn't the Titanic crash destroy all life on Earth?
7
Why doesn't the Doctor go back to Gallifrey before the Time War?
9
Out of universe, why did they decide to have the Third Doctor be stranded on Earth for so long?
2
In "The Man from Planet X" was Planet X ever directly behind the sun w/ same orbit as earth?
3
In Doctor Who - "The Woman Who Fell to Earth" why didn't the Doctor know she was now a woman?
7
Why was 'Space Station V' in Low Earth Orbit?
7
Did we ever find out how The Master achieved his great anti-Gallifrey goal in series 12?