Would The Living Tribunal have been able to carry out a sentence against Thanos (with Infinity Gauntlet)?

As I mentioned in this question, The Living Tribunal didn't find Thanos guilty. Had he found Thanos guilty of cosmic crime, could he be able to do anything to Thanos?

Also, with the power of Infinity Gauntlet, could Thanos have simply kicked The Living Tribunal out of existence?

TLT has shown no worry over the power of the Infinity Gauntlet. As you noted he was not worried about Thanos taking control of it and challenging Eternity and in the aftermath of that event he made Adam Warlock split them.

That seems logical if we consider that while the Infinity Gauntlet has the power to end and recreate one universe and its Cosmic Entitites, The Living Tribinual is one for the entire Multiverse. 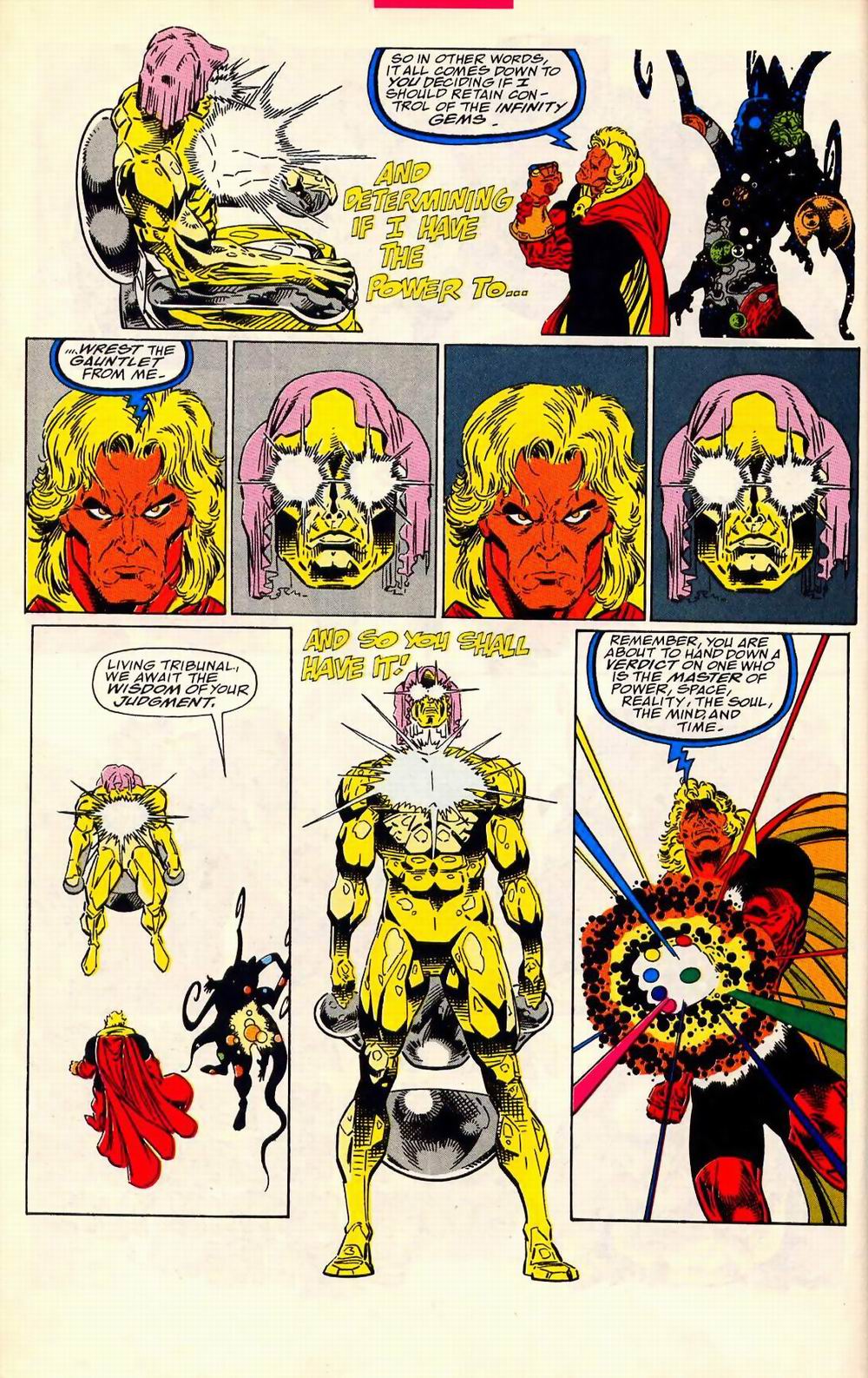 The Living Tribunal may or may not have been defeated when Thanos claimed the power of Heart of the Universe in The End, when he absorbed the Living Tribunal, because Thanos only absorbed and recreated a single universe, whereas the rest of the multiverse suffered no effects from his actions, it was likely just a Manifestation Body/weak avatar of the Tribunal.

This interpretation was validated by Marvel's executive editor Tom Brevoort, who stated that like all, "The End" series, the story was intended to have no effect whatsoever on continuity.

As seen in Warlock and the Infinity watch , and Infinity War, when the living tribunal so wishes, he can stop the full infinity Gauntlet from working. So for a time, the gems would not work in unison because of his ruling. So, yes.

10
What's a "Cosmic Crime" according to The Living Tribunal?

10
If the Infinity Gems are so powerful, why can't anyone find them?
10
What's a "Cosmic Crime" according to The Living Tribunal?
6
In Infinity War, what is the fighting technique used by Thanos during the fight with the Hulk?
4
Did Thanos survive the Titan battle because he is a very powerful being?
1
How did Thanos know the Tesseract would be with Loki on the Asgardian ship?
8
What abilities does the base non-stone Infinity Gauntlet have?