I read a science fiction soft-cover book in 5th grade in 1979 or so that I was trying to track down. I have very little recollection of the story, but that it was "hard" sci-fi, and probably involved some sort of space warfare. I don't recall if humans were fighting other humans, or if they were fighting an alien species. This book was probably targeted at children or young adults.

Within the story people traveled short distances through space in small boxy spaceships (because there was no air resistance necessitating streamlining), or in sleek needle-shaped ships that were capable of traversing the atmosphere of planets. I recall that there may have been a scene where some people were trapped in either a boxy spaceship or a base on an airless planet with only a limited air supply.

Does this ring a bell for anyone? Sorry I don't have more to provide. Thanks in advance for your thoughts.

As Nathan mentioned in the comments, the answer is: Assignment in Space with Rip Foster. 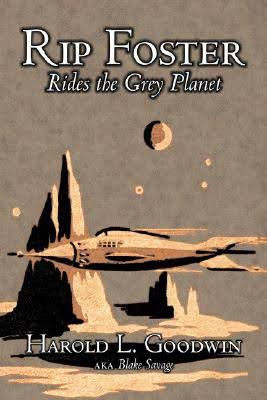 Freshly graduated and commissioned Planeteer (the space-going equivalent of a Marine) Lt. Richard Ingalls Peter ("Rip") Foster, already contending with inter-service rivalry with the Space Force (equivalent to Navy) crewmen with whom he serves, is tasked with retrieving an asteroid made of pure thorium from the asteroid belt and bringing it to Earth for use as fissionable material. In this he is opposed by agents of the "Consolidation of Peoples Governments", who also seek control and use of the asteroid.

Not the answer you're looking for? Browse other questions tagged story-identification spaceship young-adult childrens-novel hard-sci-fi or ask your own question.