How would anybody know how to poison a Vorlon?

The Vorlons in the Babylon 5 saga are very secretive. As far as we know, only two humans ever visited their empire and lived.

Vorlon territory was restricted to other alien species and (almost) every known expedition into Vorlon space failed to return to their respective governments. Much like the Shadow homeworld, Vorlon is protected by an array of highly advanced and automated defense systems designed to keep out intruders and primitive spacefaring races. These defense systems remain in place and active even after the Vorlons abandoned their home and left known space; evidence suggests that the systems will not allow outsiders entry to Vorlon until 1,000,000 human years have elapsed.

They wear encounter suits and very rarely leave the suits because they don't want others to see how Vorlons appear. 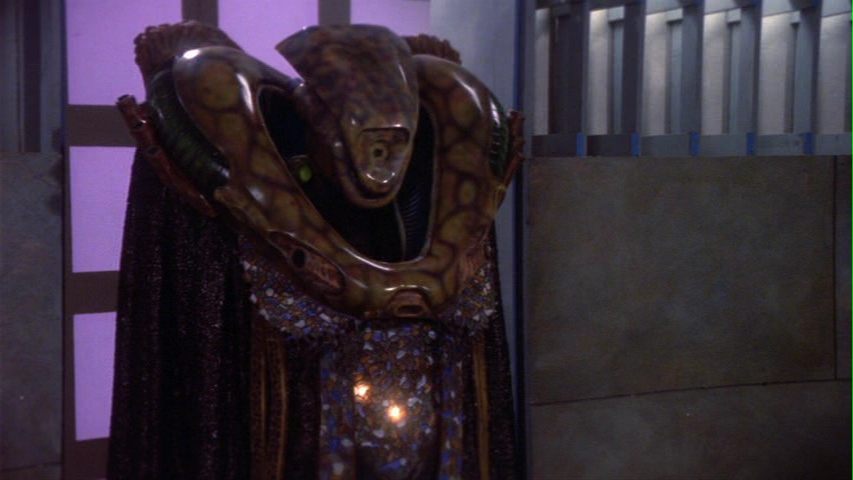 Despite their secretiveness about their empire, their history, and especially their physiology, somebody poisoned the Vorlon ambassador to Babylon-5. How would anybody know how to poison a Vorlon?

In the pilot episode, The Gathering, ...

a member of the Wind Swords, a militant section of the Minbari warrior caste, disguised himself as station Commander Jeffrey Sinclair, and attempted to assassinate Ambassador Kosh with poison.

Later in the episode ...

Doctor Benjamin Kyle decided to risk treating Kosh, which meant opening the encounter suit. Determining that a cure would be impossible without knowing where the poison entered the Vorlon, Dr. Kyle convinced newly arrived Psi Corps telepath Lyta Alexander to scan the Vorlon. Despite the very strict Psi Corps rules in such cases, Lyta performed the scan.

So we have a separate, but related question of how could a doctor know how to treat a Vorlon for poison if he doesn't understand Vorlon physiology, which poison was used, or the effect of the poison on the body? While this second question is intriguing, it's not the focus of this post.

I prefer answers backed by canon sources; such as comments from the producers, novelizations, or screenplays.

Yes, only two humans ever returned from the Vorlon homeworld. But the Vorlons were fairly active with the Minbari. They were there when

They were on Delenn's ship, especially when

the Minbari were set to wipe out the human race at The Battle of the Line.

Delenn even knows what Kosh looks like without his encounter suit. So if anyone knows how to poison a Vorlon, it's going to be the Minbari. Which it was.

As to how the doctor treated Kosh... He's guessing but we know the poison was Florazyne. From the unofficial transcript (cleaned up for our purposes here)

GARABALDI: One last thing, Doctor. You said you were finally able to analyze the poison. What kind was it?
KYLE: Florazyne. It's pretty rare. It only comes from one system that I'm aware of. The Damocles sector.

So if he knows what the poison is, it's likely he can work backwards as to how to treat it. Either way, you kinda have to try because the Vorlons were pretty pivotal to B5 working (as a space UN). Kosh dying would have meant the end of the entire project.

The series creator only ever dealt with how the poison worked, unfortunately

Sinclair wondered this too, but never got an answer

In "The War Prayer", Sinclair wondered how someone could possibly administer a poison on a Vorlon. And not just what kind of poison, but to know the means of poisoning his hand while it was in a suit.

Sinclair: [The Minbari assassin] used poison, administered through the hand. I was talking with Kosh earlier and I remembered something I never could quite figure out. Kosh wears an encounter suit to protect him from our atmosphere, so how did the poison get into his system? His hand should have been completely covered.

Ivanova: Vorlons are very secretive. They don't want anyone to know what they look like, what they breathe, or how their biology works. I mean, who knows how much that suit is really necessary and how much is just…camouflage to keep us from seeing what's inside.

Sinclair: The only person who does know is Dr. Ben Kyle, who saved Kosh's life. Since he's bound by a doctor's oath of confidentiality, he never told me what he saw when he opened that encounter suit.

By "person", Sinclair really means "human" (although at this point, Sinclair was probably unaware of the Vorlon's connection to the Minbari). Unfortunately, this is something that he never got an answer to. The only two people who could provide evidence, Dr. Kyle and Lyta Alexander were transferred off the station. By the time Lyta returned, so much time had passed that she didn't feel the need to talk about it.

Remember though that this was a Minbari assassin and that the Minbari have worked with the Vorlons for a long time. It's not outside the realm of possibility that in the thousand years they've worked with together that they may have learned how to poison a Vorlon. Unfortunately, we see things from a human perspective and were never shown this aspect of Minbari culture.

While there are many secrets surrounding Vorlons, some important details are somewhat accessible to everyone.

The Vorlons assigned quarter contains a breathable atmosphere for them, allowing guesses as to how their physiology if working. This can then be used as a potential attack vector, e.g. by binding it destroying essential elements.

In addition, Vorlons aren't pure energy beings (you can't compare them to Stargate's Ancients). They engineered the DNA (and therefore the perception) of the younger races to perceive them as what humans would interpret as angels. This is different for other races as shown when Kosh leaves his suit.

2
How could an attack work against Kosh?
7
How could Kosh get poisoned in The Gathering?
2
How could a human doctor save a poisoned Kosh, given that Vorlon biology is totally different from human?

21
What is the meaning of a two part poison?
10
What does this pattern mean, and is it in Vorlon?
11
Can Vorlons control their true appearance?
9
Why would Londo Mollari even expect a two part poison to work against Lord Refa?
8
Why did this Babylon-5 character turn against the Vorlons?
6
Why didn't Psi Corps repeat their experimental efforts to create another Jason Ironheart who is arguably as powerful as a Vorlon?
2
How could a human doctor save a poisoned Kosh, given that Vorlon biology is totally different from human?
23
How did Kosh's lessons prepare Sheridan for war with the Shadows?
4
For how long were the Shadows and Vorlons at war with each other?
7
How could Kosh get poisoned in The Gathering?