Book details, girl from planet of beautiful people meets an earthman in a wheelchair

I read this maybe fifteen years ago but got the impression it was a few years older (well thumbed in an English library).

She lives on another planet (or parallel dimension) and is part of a team who somehow teleport to Earth to do surveys and such.

Her people have bred for genetic perfection for so long that the women are all knock out and the men are like Mr Swoon types. Sadly she never lucked out in this good looks thing, so although on our world she is like the hottest babe ever, back on her own world she is an object of pity.

On the other world there is some back story about a conflict but details escape me.

Back on Earth our male has some kind of Stephen Hawkins type issues and is in a wheelchair. He ends up with some friends on a country day out but (can't recall how) he gets separated. He rolls into a forest clearing and espies "the most beautiful girl ever"
She looks alarmed, waves her hand about while muttering, and disappears.

Being a brainiac he realises what he has just witnessed and the implications of other world contact, he noted she moved her finger in a graceful arc and that means maths. Back at university he specialises in exotic mathematics and gradually becomes an expert.

On the alien world the conflict and power intrigues deepen and the girl returns to Earth looking for an edge. She learns of this genius and makes contact, recognition on both sides. She takes him to her world where his looks revolt the perfect people but his brain impresses them.

Somehow he helps them to prevail (I think this also helps our Earth's survival in a hostile galaxy) and becomes a hero to them. I want to say they end up as a couple with homes on both worlds but am a bit unsure on that. Also I can't recall if the Earth setting was America or England.

All memories drained now, I'm out. 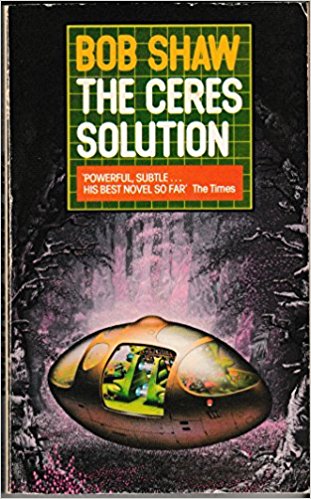 A handicapped boy sees a woman disappear. The young woman is an observer from another human planet, where people live for centuries, and teleportation is a matter of course. Eventually, they meet, and both learn secrets about their worlds.

What clinched it for me is this:

he noted she moved her finger in a graceful arc and that means maths.

The people from Mollan can teleport, and as a memory aid for their power, they draw the complicated curves that back the teleport equations in the air.

The beautiful humans live much longer than Earthmen, but are of the same genetic stock. Something happened on Earth, and this something, it turns out, has to do with the Moon.

The name of the girl is Gretana ty Iltha, the boy is Denny Hargate, and the "bad" is Vekrynn tye Orltha, Warden of Earth.

And this is how Denny reacted to the vision of the girl, as you said:

Twenty years had gone by since the spring morning on which he had struggled all the way up to Cotter’s Edge and there, in the secret place, had seen a beautiful girl who had scribed a sign in the air and had vanished. He knew that the event had happened, although he had never mentioned it to anyone. ... The gesture which had preceded the girl's disappearance had been made up of curves, and curves were embodiments of algebraic formulae, therefore there could be a link between mathematics and “magic”. After a brief and disappointing excursion into numerology, he had become fascinated with the construction of mathematical models...

5
Young adult book about a girl pulled through a mirror by her soulmate
14
2000s fantasy book with a red-haired protagonist meeting companions from her previous life, including a troll
3
Identify an animated childrens TV show from the 1980s about a girl sent to another planet
5
80's (or earlier) book about a role-playing group getting sucked into a new realm
6
Book name for Epic novel about colonizing a large planet
5
Young adult book about a girl who goes to live with her dead mother's people, who are aliens
3
Sci Fi book about a girl falling from space onto a polluted Earth and is trying to repair a ship to get back
6
Fantasy book: redhead girl talks to animals, is made to stay with her noble father, discovers she's part of a phoenix rebirth cycle
2
Book, possibly YA, about a young girl with fey powers, sought by fey royalty to destroy the human world