How can Wolverine stand with so much Adamantium?

Adamantium is an indestructible metal in the Marvel Comics. Wolverine was infused with the metal. But since the metal is indestructible it means it is dense, very dense.

How can Wolverine stand when his bones are laced with Adamantium? That would either cause his bones to become stiff, due to the Adamantium drying on joints along with the bone, or his movement would be impaired because metals are very heavy

In X-Men Origins: Wolverine it seemed like the Adamantium Experiment didn't do anything to Wolverine.

Adamantium's durability has less to do with weight than it does with resilience. Logan is 5'3" tall and without his adamantium weighs 195 lbs. With it, he weighs 300 lbs. His body has been reinforced but adds only 105 pounds of total weight.

It is wrong to assume its indestructibility is related to weight. There are plenty of heavy metals (gold, lead) which are very dense at the molecular level, but incredibly soft. Iron and titanium are both less dense than gold but are far stronger.

Adamantium's structure (defying the laws of physics as we understand them) once its form is set, it simply resists any form of physical transformation without an expenditure of cosmic forces, matter reorganization, or powerful magic.

Wolverine's skeleton has not been completely replaced with adamantium. His bones have been laced and suffused with adamantium allowing them to become nearly unbreakable without adding significant weight to his body. There is additional information here regarding the process at Why did hot Adamantium not destroy Wolverine's body while replacing his skeleton?.

But since the metal is indestructible it means it is dense, very dense.

This assumption is false. Strength and density are not directly related: 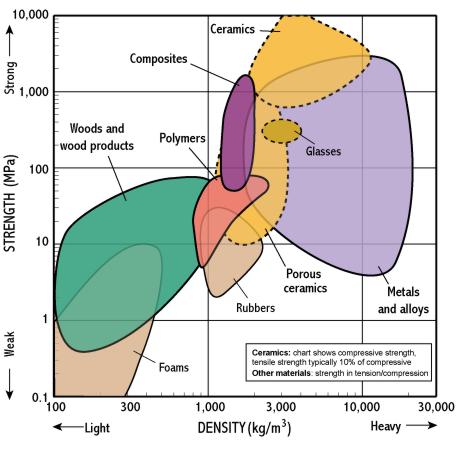 One thing to remember is Calcium itself is a 'Metal'.

Over the years, Marvel has shown Wolverine's skeleton as having adamantium as strips and leaf. The most prevalent as seen in the original 'Weapon-X' and 'Wolverine' comics, is the indestructible metal being force injected into his bones not as a thin layer.

In his early appearances of the revamped X-Men comics, Wolverine's claws were said to be 'Bionic' additions. It wasn't until many years later in the X-Men comics it was revealed his claws were natural after Magneto pulled the Adamantium out of his body (BTW I always thought was impossible since if it's indestructible, then it can no longer be manipulated at least by a non-cosmic-class entity.)

Following the force injection theory, then that's where his original Calcium bones come into play. Calcium bones are densely packed crystalline structures with a spongy bone lattice at the core. Force injection theoretically could fill those spaces within the dense section of the bones. Where the prospect totally falls apart is first, the metal would have to be so hot to remain liquid it would be seriously unlikely Wolverine's healing factor could cope without serious deformities. Next, the adamantium would fill the space containing the marrow and healing factor or no, would destroy it. No marrow, no life. It is quite likely that bone marrow is the source of his amazing healing factor. Now, Marvel has said because his body is constantly healing the damage done by implanting the metal his HF is far less than it would be normally.

As an experiment, I cast a human femur in bronze. The one bone weighs 20lbs. Unless Adamantium weighs a lot less than bronze, Wolverine would be far heavier than 300lbs!

Really, what would cause him the greatest suffering would be the constant destruction of the bursa in his joints (the cartilaginous padding between bones.) Even if his healing factor could keep up with the normal everyday destruction of just moving, he would be in constant agony in training and laid low during a fight.

So with force injection being problematic, the only other options are having used a form of electroplating or Nanitic (using nanites) implantation.

Not the answer you're looking for? Browse other questions tagged marvel x-men avengers wolverine adamantium or ask your own question.

48
Can Wolverine swim?
24
What materials can Kitty Pryde not phase through? Can she phase through adamantium?
22
Why did hot Adamantium not destroy Wolverine's body while replacing his skeleton?
6
How can Wolverine sleep on a waterbed given his extra adamantium weight?
2
How were Wolverines joints not frozen when he was injected with the Adamantium?