Who was the real life inspiration for Prince Charming?

In the movie Shrek the Third (where as usual for the franchise the traditional roles in folktales are subverted), Prince Charming appears as the main antagonist. Charming in a position of power reminds me of Suetonius's account of emperor Nero: vain, theatrical, erratic and murderous, had mommy issues etc. Nero also loved to perform so much that he threatened his subjects into attending his performances:

"While he was singing no one was allowed to leave the theatre even for the most urgent reasons. And so it is said that some women gave birth to children there, while many who were worn out with listening and applauding, secretly leaped from the wall, since the gates at the entrance were closed, or feigned death and were carried out as if for burial." ~Suetonius, life of Nero

So I am curious now who was the inspiration for the character of Charming as the tyrannical ruler of the Kingdom of Far-Far Away? Was it emperor Nero or he was based on someone more recent? 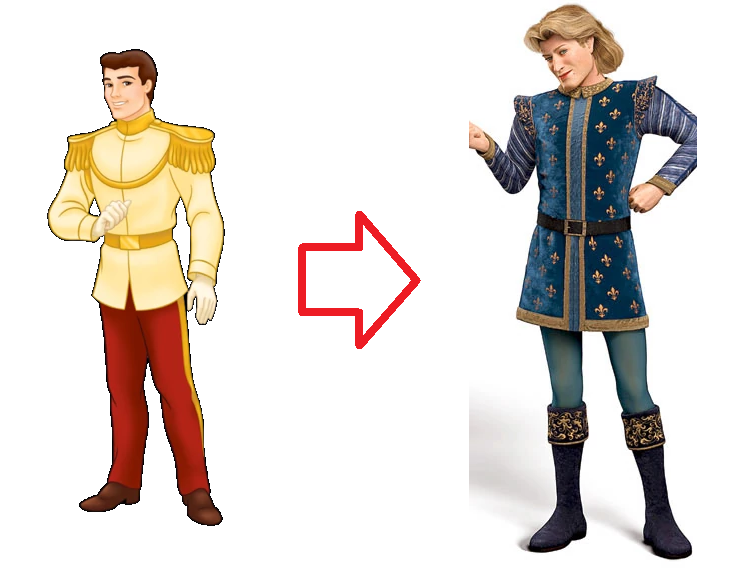 Wikipedia has a more in-depth analysis of Prince Charming in previous works of fiction, including a history of how the generic hero in contemporary fairy tales evolved into "Prince Charming".

14
What was the Fairy Godmother and King Harold's deal?
5
What was fairy godmother's spell at the end supposed to do to shrek?