I read this around 2006/2007. I had the book on loan from a friend that I since lost contact with. I would like to re-read the novel (and any sequels) so I hope this rings a bell for someone.

The setting is Istanbul/Constantinople and surrounding area in an alternative reality with a eastern medieval flavor (although there are some unusual twists, see below).

Some notable details I can remember:

People in the City are not yet aware that the problems with the nomadic tribes and the attacks on the villages are all part of a bigger scheme. The novel ends without resolving many story-lines. I presume it is the first novel in a series.

Through sheer luck I found the answer myself last Saturday.
Made a weekend trip to London for the Last Night of the Proms and browsed the shelves at Barnes & Noble in the afternoon. The, very recognizable, cover of the book jumped out to me.

It is The Silver Lake, 1st volume of the "Warriors of Estavia" trilogy by Fiona Patton. 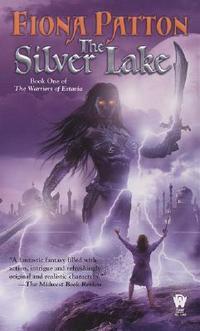 In Anavatan, the city of the Silver Lake, the gods manifest on a regular basis. But if you are among the unpledged, it is hard to survive, especially during the three-night-long chaos known as Havo's Dance. When Havo's storms sweep through Anavatan, anyone who is unaffiliated had best find a safe place to hide or they risk madness or death. But this year, three young street orphans have been chosen for special attention by Incasa, the god of prophecy.When that God's dice roll during the height of Havo's Dance, these three boys-thieves and con artists-will discover their destinies. One will be bound by a life-or-death pledge that will see him marked as the future Champion of the War God, another forced to walk a perilous road as he seeks to master his talent as a seer, and the last will be cast forth from the city and claimed by the hungry spirits seeking a way into Anavatan and the precious power contained in the Silver Lake.

5
Fantasy novel begins with assassin being killed
11
Help Identifying fantasy novel about magic red jewel
6
Young Adult Fantasy novel about some boarding school, classmates dying, and passing on?
6
Fantasy novel in which protagonist battles against sorcerous empire with troops immune to pain?
13
I'm looking for the name of a book series that is centered around an adolescent boy circa 14 in the first book
6
Flooded world novel. Scottish dialogue. Frozen pods holding disease victims
8
1960s sci-fi novel with "tanks" for 15-minute or half-hour immersion for relaxation purposes (but is addictive)
19
Scifi YA novel set in Africa