Which VISOR does LeVar Burton own? 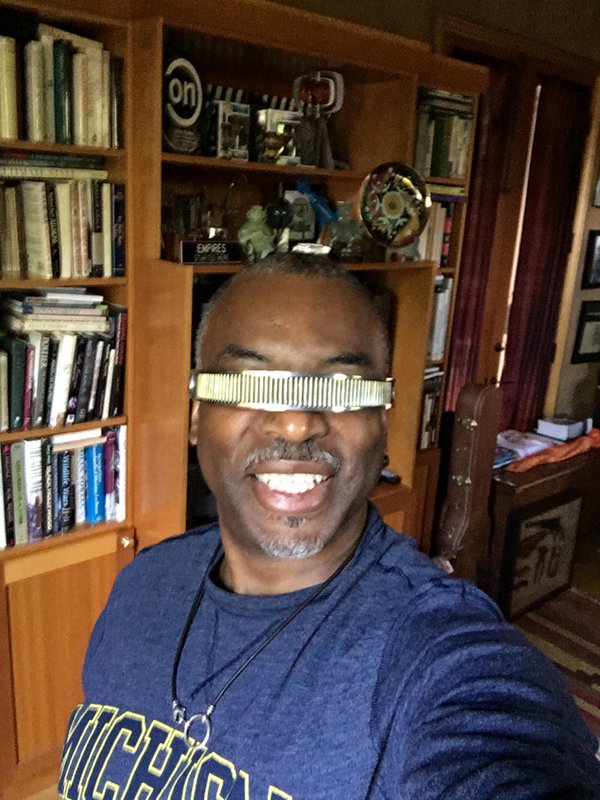 This answer says that Penny Juday, Senior Art Dept Coordinator for TNG, owns the original from the beginning of the series and that another was sold at auction to an unknown buyer.

However, in 2012 LeVar Burton was offering a chance to wear his VISOR as a Kickstarter reward.

LeVar Burton is leveraging a chance to wear the original Visor he sported as the character Geordi La Forge in “Star Trek: The Next Generation” in exchange for a donation to the actor’s more recent venture[...]

Which VISOR does he own?

The prize came with this picture; 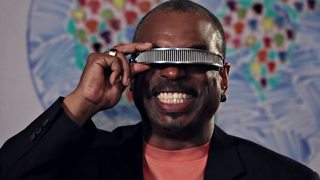 As you can see, the banding around the outside (and the grill inside) are both plain silver rather than the typical silver and gold you see on the show. The only time Geordi wore a VISOR that was plain silver was in the flashback sequence in TNG: Identity Crisis, set some 6 years before TNG: Encounter at Farpoint. The script describes it thusly; 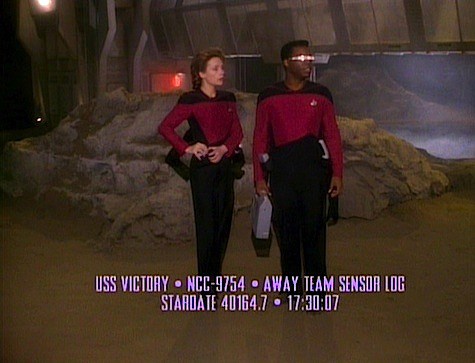 From the man himself:

22
What happened to Geordi's visor?