How did the Endeavour rescue SG-1?

At the end of the episode "Serpent's Lair", SG-1 and Bratak win the day against Apophis' planned attack on Earth, but find themselves essentially stranded in orbit aboard crippled death gliders. The US space shuttle Endeavour appears, then we cut to the happy ending scene in the Gate Room.

How was Endeavour actually able to help them? There's no way to exit the gliders without being exposed to space and no means of docking, nor do they have space suits with them.

Are we to assume the still-occupied gliders were simply placed into the cargo bay and then rode down that way?

There doesn't seem to be a good reason why that wouldn't be the case. Both ships were relatively low on power but the key concern seems to be that they're going to burn up in the atmosphere rather than there being any shortage of air.

Since we know that gliders can fold their wings and since there's enough space in the shuttle for both gliders, it seems sensible that they were put into the (unpressurised) cargo hold and then landed as normal.

CARTER: Same here, sir. But I don't think we bought ourselves much time. Our glider's had it.

CARTER: We got cooked pretty bad in the explosion.

CARTER: We're low on power and in a fairly low orbit, so I don't imagine it will be too much longer before we burn up in Earth's atmosphere.

According to the MGM-Licensed "Stargate SG-1 Goauld Death Glider Collector Scale Replica", the Death-Glider's dimensions are 45.9ft x 27.99ft x 14ft. With the wings fully folded and stowed, the dimensions would shrink to 15ft x 27.99ft x 14ft. That being the case, there would be sufficient space in the Shuttle's cargo hold to store both gliders (stacked sideways) with a few feet left over. 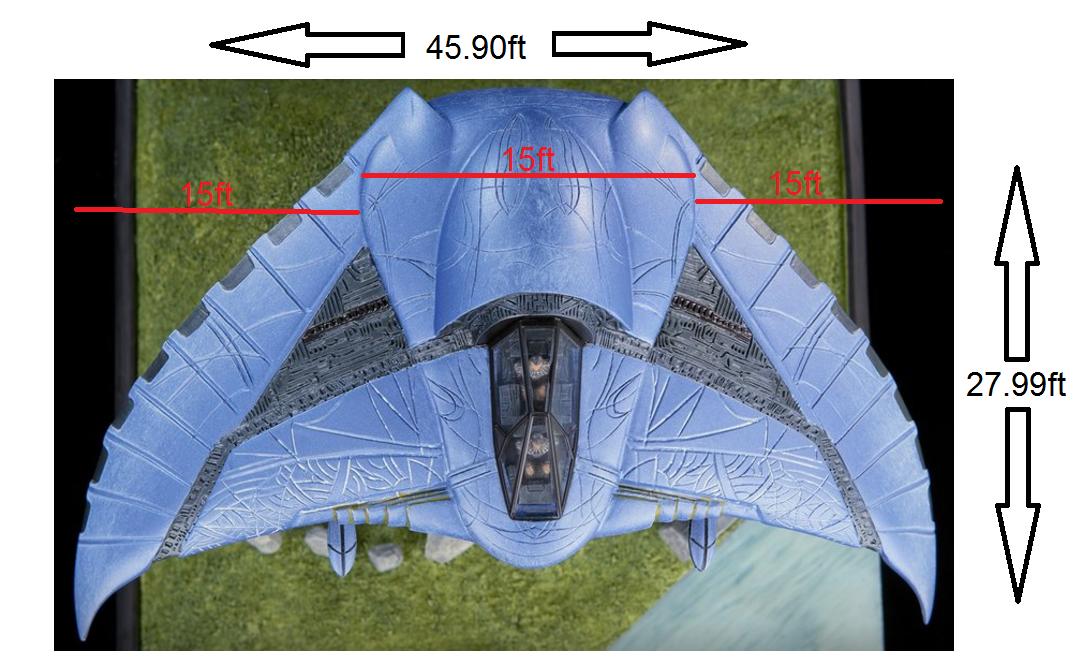 28
How did the Goa'uld Raiding team return in the beginning of the pilot?
4
How many missions did the SG-1 team go on through the stargate?
2
S02E16 "A Matter of Time" How did Daniel suddenly come back?
6
How did Ganos Lal avoid the effects of the Sangraal?
4
How did Arthurian Legends get to Earth?
4
How did Mirror SG-1 know there'd be a ZPM at the end of the tunnel?
5
How did Apophis maintain System Lord status?
23
How did the Goa'uld become spacefaring?
7
What was the official reason for launching the Space Shuttle?