Novel with psychic parasites from Earth

I am trying to remember a novel that I only read the first one or two chapters of. It begins on an alien world in the midst of a war. There were two types of aliens, with different names. It initially seems to be a war of annihilation; one group has captured a bunch of the others, who are sent to a facility from which none of the captured type ever emerge.

However, in discussion with a (human?) visitor, one of the alien leaders reveals that the two alien groups are only distinguished by whether or not they are infected by a mind-controlling psychic parasite. The captives being sent to the facility are being cured and coming out again.

The aliens have decided to hunt the parasites to their home world, to wipe them out. The home world is called Earth. That's when I stopped reading though.

Sounds somewhat like Jack Vance's The Brains of Earth (also known as Nopalgarth). Originally, part of an Ace Double, the story describes the alien Xaxans wanting to eliminate the Nopals, a mind parasite, that breeds on Earth. The Nopal-infected humans bring the parasites to other worlds infecting them. Any infected beings are called Chitumih and non-infected are called Taukptu. The human visitor is a scientist That the Xaxans have kidnapped and enlisted to help them eliminate the Nopals. It's been a while, I don't remember if it starts out in the midst of a war. 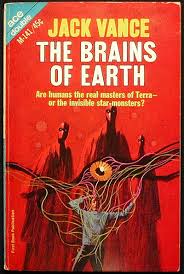 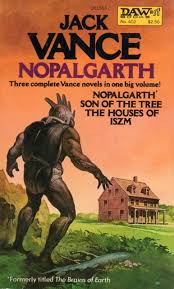 29
What novel had an isolationist Earth and the rest of humanity in a war of attrition against aliens?
11
ID this story: aliens test Earthling children for psychic powers
6
Story about psychic humans who crash on a planet, fight off attack by enemy aliens
13
Looking for dystopian sci fi/horror web story set during a war (religious, possibly), where one side has giant flying alien 'angels' helping them
10
Sci fi novel where Earth is occupied by a colonial power (alien )
9
Book about a man who enters a cave on an alien world and a parasite merges with him?
14
Old SF book where aliens manipulate Earth to keep us at war?