Who is/was the first woman Doctor Who?

With the news of Jodie Whittaker being cast as the new Doctor, most every article is claiming that she is "the first woman" in the role.

However, I've also seen a lot of fans scoffing and saying that she is not.

Who is/was the first woman Doctor Who?

It depends on what you consider "official".

Doctor Who is famous for its very loose and ill-defined canon, with tons of spin-off materials (TV movies, comics, novels, audio-only stories, etc.) piling on top of the TV shows. One, in particular, stands out as an anomaly: the Comic Relief special.

Of particular note here is that, in that show, The Doctor regenerates multiple times over the course of the movie, finally into Joanna Lumley.

However, the Comic Relief show is generally not considered canon by most fans. It's an obvious parody of Doctor Who, written for charity. (This isn't the only comedy Doctor Who special — there's also one where David Tennant plays The Doctor teaching the class from Catherine Tate's Lauren sketches). The actors in the show playing the 9th–13th Doctors don't fit anywhere in the continuity of the TV show (which does, at this point, have an unbroken line from 1st – 13th doctor.)

So, for most purposes, it's accurate to claim that Jodie Whittaker is the first female to play The Doctor.

It's not even the first time that a male Time Lord regenerated into a female one.

The backlash is coming because it's so trivially easy to check this kind of thing, but so many media outlets are making the same silly mistake.

Joanna Lumley played the 13th Doctor in Comic Relief: Doctor Who - The Curse of Fatal Death (1999).

While not a part of any future Doctor Who continuity, this was a BBC approved production, written by future series writer and show runner Steven Moffat. 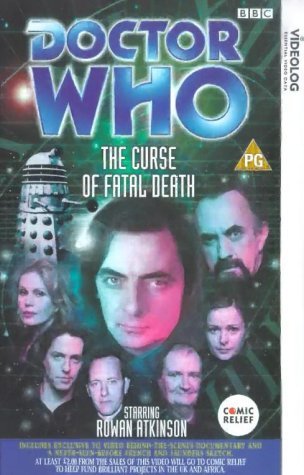 There was a brief period in "Journey's End" where Catherine Tate's character Donna became the "DoctorDonna", the mind of the Doctor in Donna's body. This could be argued as being a prior time that a woman played the Doctor, albeit briefly. http://tardis.wikia.com/wiki/Journey%27s_End

It's fan fiction and not canon, but if Rowan Atkinson's comedy version can be considered, then it seems to me that one could also consider the fan fiction film series that contains The Wrath of Eukor and Broken Doors (which are not comedies, and are earlier) from 1984-1988, which cast actress Barbara Benedetti as The Doctor. 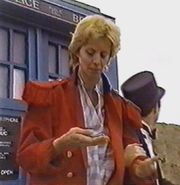 The home page of the series.

After Joanna Lumley there was Arabella Weir in the 2003 story Exile from Big Finish productions (also starring David Tennant).

67
Can the Doctor be female?
6
What is the earliest movie/TV show with a sex changing character

14
In the Doctor Who universe, who is the mysterious lady who carries the blue journal?
2
What is the reading speed of the doctor?
8
When did he become just "The Doctor"?
5
Why did the alien speak English in The Woman Who Fell to Earth?
8
When did the Thirteenth Doctor get her ear pierced?
2
Why was the authority of the Witchfinder General accepted so readily?
4
How did the Doctor escape being stranded in space in the original script for "Four to Doomsday"?