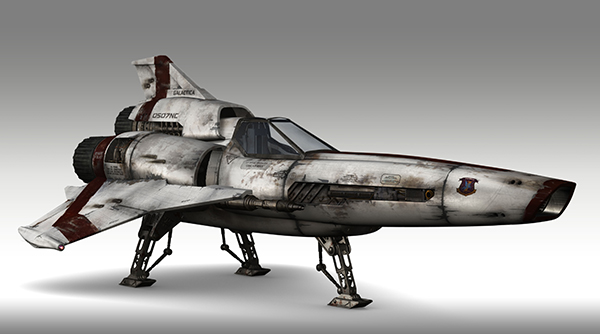 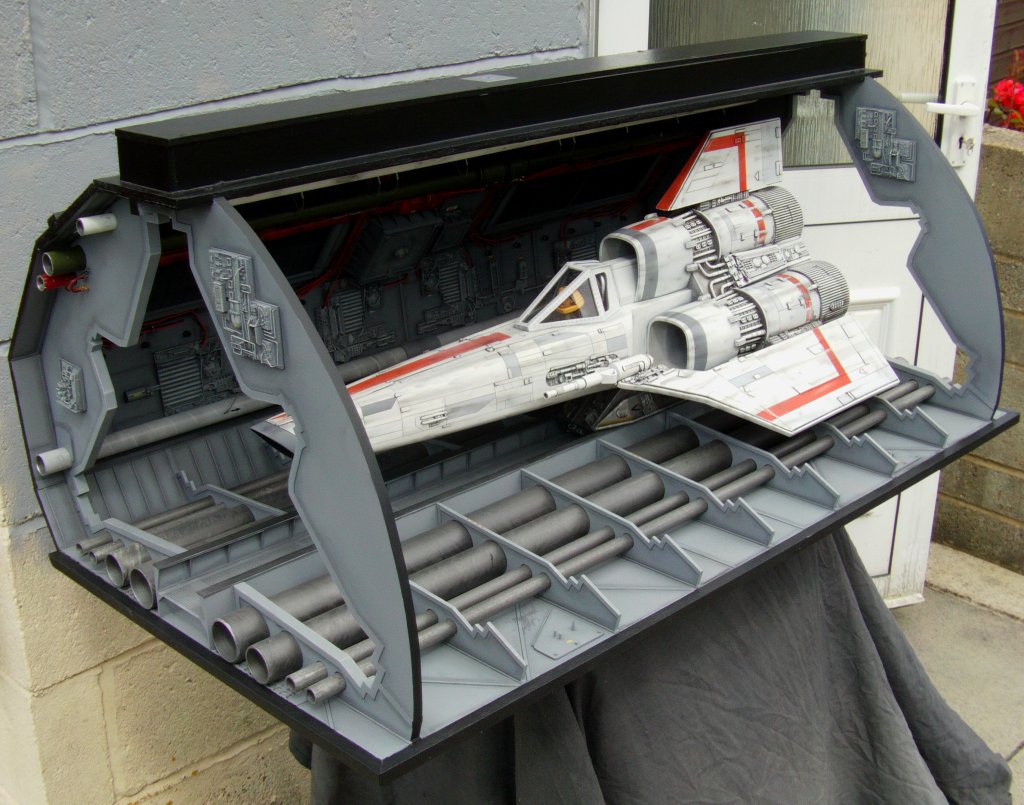 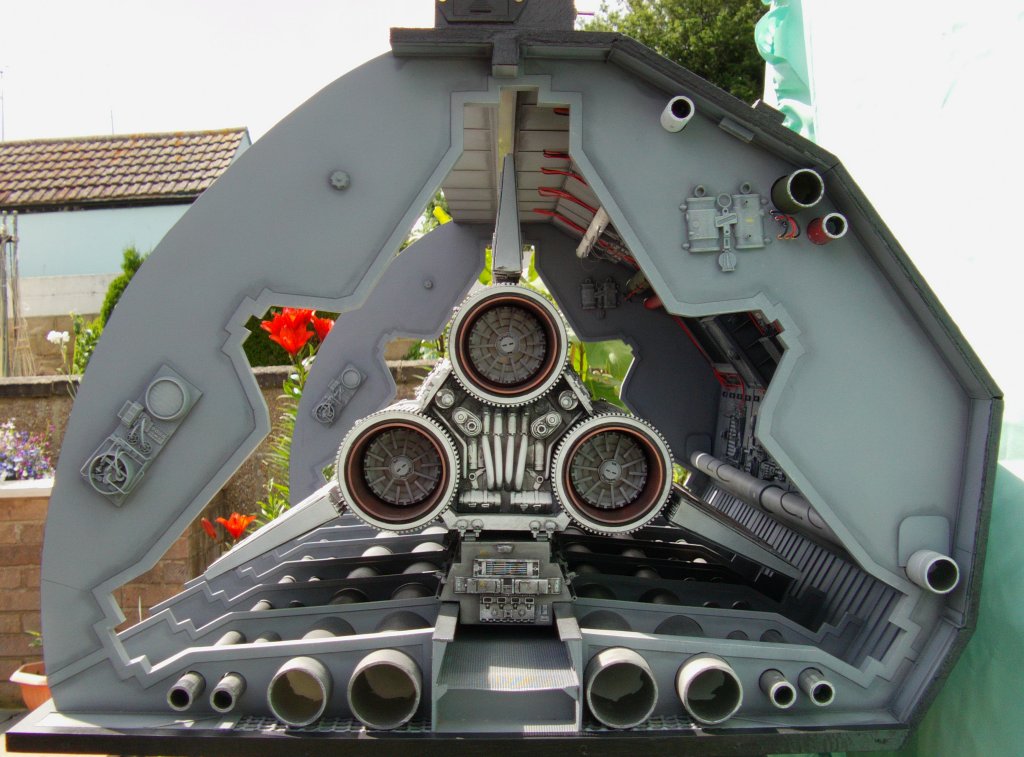 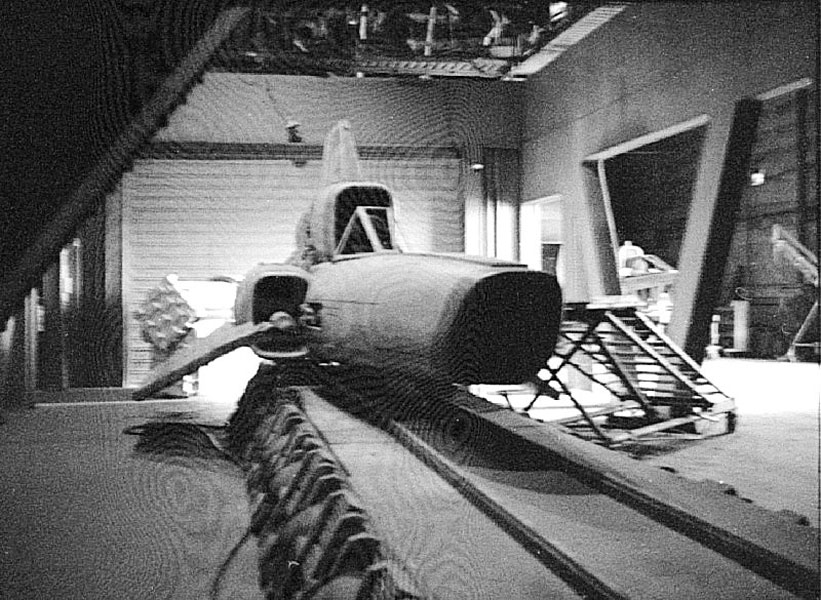 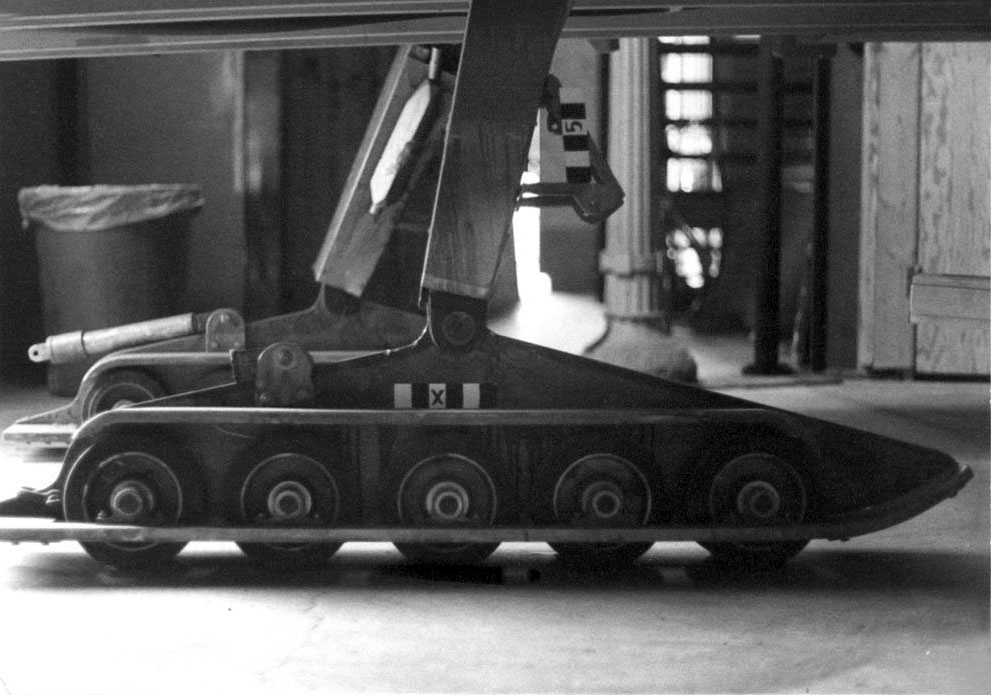 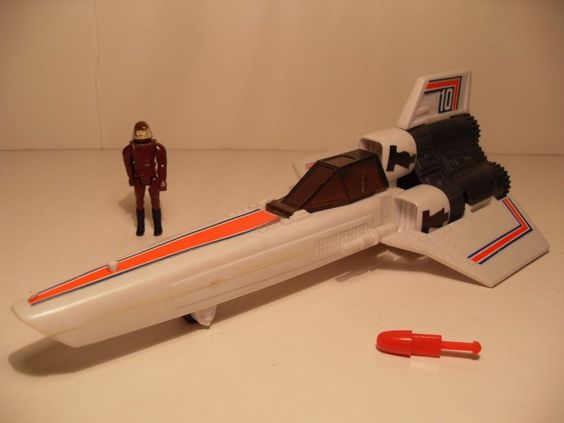 So I'm not sure now, maybe there were other toys with skids. The skids even on the 70s studio mockup and models only look vaguely like an X-Wing skid too. 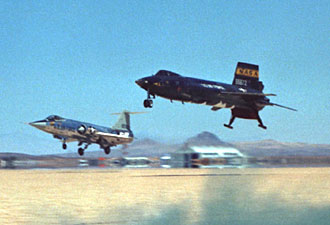 I recently saw a video of the X-15 space-plane landing at Edwards AFB. It used skids on the rear fuselage, and a wheel in the nose.

A distinct feature of the X-15s were the main retractable landing gears, which used skids instead of wheels for simplicity and weight reduction. The skids, coupled with a non-steerable nose-landing wheel, required the aircraft to land on a dry lakebed rather than a conventional concrete runway

It struck me that this could have been an inspiration for the TV show's model designers, especially since it was a space-plane, like the Viper.

18
Why do ships in Battlestar Galactica constantly run their main engines?
6
Are they Cylons?
24
Are the Battlestar Galactica deities Lords of Kobol references to a programming language?
17
Was the use of Klingon ships by Romulans ever given an off screen explanation?
9
Why does the TARDIS spin around?
6
What's the purpose of the Cylon "transponder" from the BSG Miniseries?
2
Multiple FTL units on Galactica?
4
Why wouldn't Cylon Raiders immediately send at least one by FTL to report contact with military enemies?