Why didn't River know what would happen to The Doctor at Lake Silencio?

I'm talking about the Season 6 finale "The Wedding of River Song", about this moment: 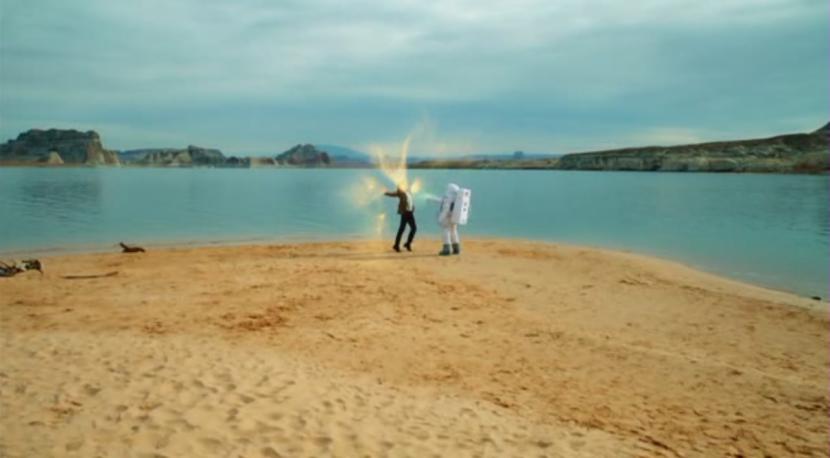 I'm specifically talking about the moment

when River is inside the astronaut's suit, not about the River that watches the whole scene from where the photo is taken.

(I won't bother with spoiler boxes from now, because this won't show up in the preview)

If The Doctor has a future, and what happens at Lake Silencio is a fixed event in time, The Doctor cannot die there. She is really clever and quite used to this sort of 4-dimensional thinking, so it shouldn't be hard for her to put one and one together.

So how about that? How come she doesn't realise, that "shooting" him there will not cannot hurt him?
Note: She just learns at her wedding, just before going back to the Lake, that this is not the real Doctor.

I think this timeline helps establish what happened:

River Song shoots the Doctor at the fixed point in time, after being abducted by Madame Kovarian and the Silence and put into the astronaut's suit. This is post-Melody incarnation, so she has met and knows the Doctor already.

However the two of them do not meet in a perfect forward-backward sequence. The relevant example is River Song meeting the Doctor for the first time as Mel, as this obviously happens in between the Doctor meeting River Song at other times.

This timeline is independent and precedes the other River/Doctor meetings. There may have been meetings in between the first two points above but it is unlikely because as you point out and Steven Moffatt confirms (Doctor Who Confidential: The Wedding of River Song):

She has her adventures roughly, broadly speaking in reverse order to the Doctor.

If that does your head in like it does mine, just think "timey wimey stuff" and admire this alternate interpretation of their timeline:

Not the answer you're looking for? Browse other questions tagged doctor-who time-travel timeline or ask your own question.