How common were cybernetics in Star Wars?

In Star Wars, how many characters have cybernetic enhancements?

In The Empire Strikes Back, Luke has his severed hand replaced shortly after losing it.

Anakin also has most of his arm replaced in Attack of the Clones; later, he becomes more machine than man with cybernetics.

General Grievous has most of his body replaced by cybernetics. However, his organs still appear mostly intact.

Would it be considered a common medical practice to replace lost/damaged body parts with Cybernetics? Or Were these procedures considered available to only elite characters?

At first it seems fairly common however the three characters mentioned above may be considered special enough to have an uncommon medical procedure executed:

Cybernetics were common enough that a noodle shop owner named Lauli Wahlo was able to afford a cybernetic right eye: 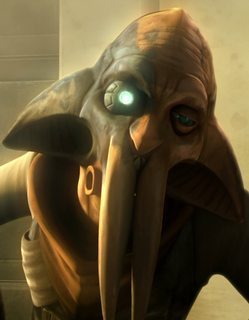 Wahlo's artificial eye is much more simplistic than the cybernetics we've seen on main characters, though, so it's possible that only the wealthiest and/or most important could afford something as nice as Luke's artificial hand.

It's hard to say how common cybernetics really were since not many characters use them (even Wookieepedia's Legends article for cybernetics has only a short list of mostly major characters who had cybernetic enhancements).

Cybernetic enhancements are widely available, as there's a lot of cross compatibility between droid parts and medical prosthetics to the point that when Jedi Knight Cay Qel-Droma lost his arm on Onderon, he literally just pulled a droid arm out of a scrap pile and was able to just stick it onto his stump once they were out of danger.

So pretty much anyone with sufficient motivation to do so can enhance themselves with cybernetics, although unless they have credits to burn they won't be very pretty.

Now, simple replacements to lost parts looks to be far more common, with anyone who loses a hand or tentacle will often replace it with some sort of prosthetic. Even though cloning replacement body parts is also fairly common. Arkanians, for example, make medical cloning a huge part of their economy. Of course, as with the aforementioned Cay Quel-Droma, it seems to be a simple task to just use droid parts, which are positively ubiquitous, as cheap prosthetics.

117
Is the Dark Side of the Force more powerful?
30
How were Anakin, Obi-Wan, and Palpatine physically trapped by a ray shield?
10
Does the Jedi Council wield higher military authority than the Supreme Chancellor?
28
When did Emperor Palpatine first reveal the post-Mustafar Darth Vader?
4
How does Maz know this?
11
Why didn't Grievous recognize Palpatine?
6
Star Wars fanfiction where the main character is taken from Earth by a Sith, he later fights Ashoka
8
Why didn't General Grievous intervene during the fight of Darth Tyranus vs Anakin Skywalker and Obi-Wan Kenobi?
6
Was Darth Maul part of the Separatist movement?