In Star Trek VI: The Undiscovered Country, General Chang commanded a warship capable of firing when cloaked, yet he was only shown launching torpedoes, not the ship's disruptor cannons. Is this because disruptors wouldn't work while the cloak was active, or were there other factors involved? In-universe explanations are preferable but I'll accept out-of-universe reasons as well.

I think disruptors are similar to phasers, in that the ship that fires them is connected to the beam, so it would not take a genius to shoot at the space where the beam is originating from to hit the cloaked vessel.

Torpedoes, on the other hand, even if detected the instant they left the cloaking field, offer a much smaller clue as to where the firing ship actually is.

For an analogy imagine you're in an empty field on a moonless night. A man in a ninja suit throws a rock at you. The rock hits the back of your head, so you turn around, but you cant see the man. Now, imagine the man lit a roman candle and shot it at you you turn around and eventually follow the streams of light back to their source, then the man beats you with his nunchaku.

Photon Torpedoes are much a much more self-contained weapon than phasers or disruptors. While the ship expends energy initially to fire the torpedo, the warp-sustainer propulsion engine and payload is contained within the torpedo itself, meaning that firing a torpedo would have a relatively low energy "cost" for the firing ship.

By contrast, a dirsuptor, like phasers, fire energy directly drawn from the ship's own energy stores. This drain could have a significant impact on a ship already taxing its energy reserves on maintaining the cloak itself.

Due to the enormous amount of power required to generate a cloaking field, there was, by and large, not enough power available to also power the weapons and shields. (TOS: "Balance of Terror") From Memory Alpha/Cloaking Device

While Chang's Bird-of-Prey may have mitigated this issue somewhat, it may have still been a very high energy drain on the ship. Firing a self-contained weapon like a torpedo would be much easier than firing weapons drawing directly from the ship's energy source. 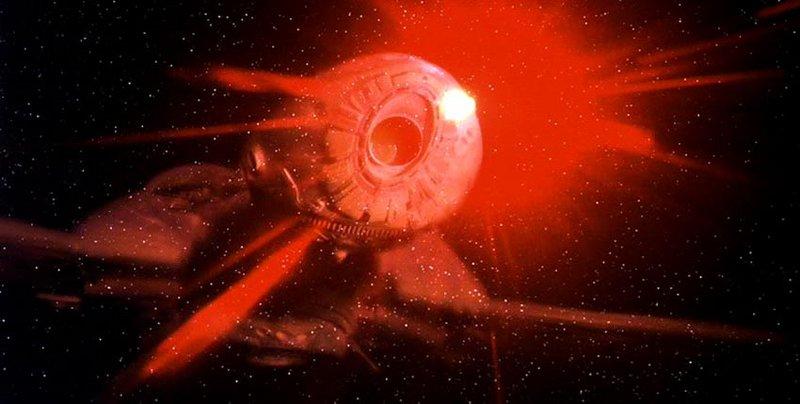 Cloaking devices use a ship's deflector array to project its cloaking field (MA/Cloaking Device again). My guess is that brilliant Klingon scientists were able to set up a means of selectively "thinning" or opening a hole in the shields/cloaking field in order to fire through it.

Being a new and prototypical device, they may have only installed this directed device into the torpedo launcher for field testing. The disruptors may have been too small to have their own devices, or they may not have been developed or installed by ST:VI.

Not the answer you're looking for? Browse other questions tagged star-trek the-undiscovered-country or ask your own question.

35
How come cloaking devices in Star Trek allow the cloaked ship to continue to observe its surroundings?
31
Why can't cloaked vessels shoot?
17
Couldn't you use systematic phaser fire to find a known cloaked enemy?
15
Do all Klingons have piece-meal disruptors?
5
Why do we see the stairs in the cloaked ship in Star Trek 4?
8
Is it possible to detect a cloaked ship?
3
Is it known if the Scimitar can charge and/or fire its thalaron weapon while cloaked?
2
In Star Trek Discovery “Into the Forest I Go” is the Klingon ship arriving at Pahvo cloaked?
13
Was General Chang's ship ever duplicated?