Was Darth Sidious already scarred and deformed to begin with?

The Jedi attempt on his life left him "scarred and deformed". However, has he always been this way since becoming a Sith Lord and being physically twisted by the dark side, such that the normal-looking facade we see during the prequels is a product of Sith sorcery? Or did he sacrifice his original, very real good looks to seduce Anakin to the dark side?

Sidious' face apparently looked that way before getting hit by lightning in canon, and definitely did in Legends.

In the 2017 Darth Maul comic series, which takes place before Episode I, Maul has a conversation with Darth Sidious, who appears to already look like the Emperor post-duel: 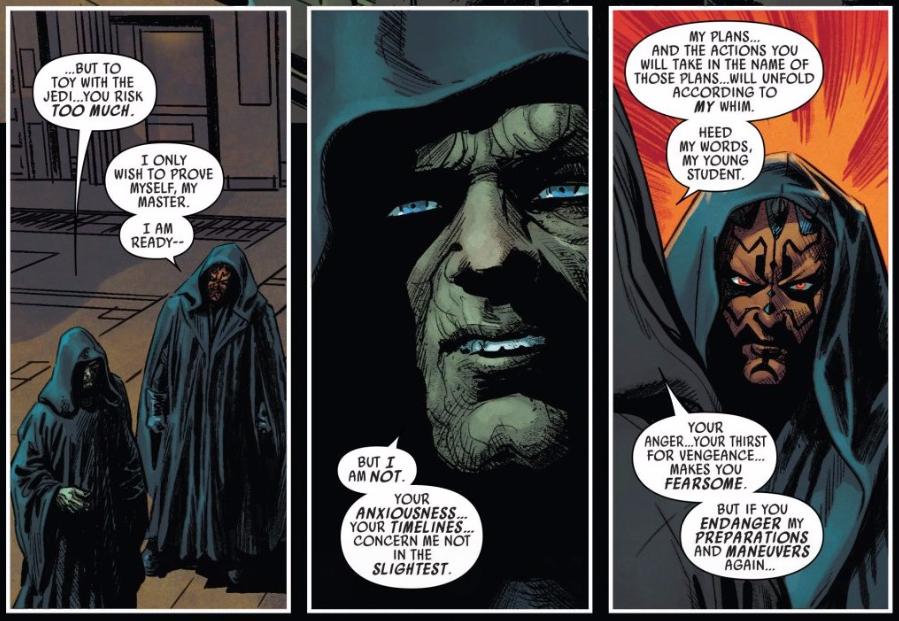 Later in the series, they talk again, and this time Sidious has visibly yellow eyes: 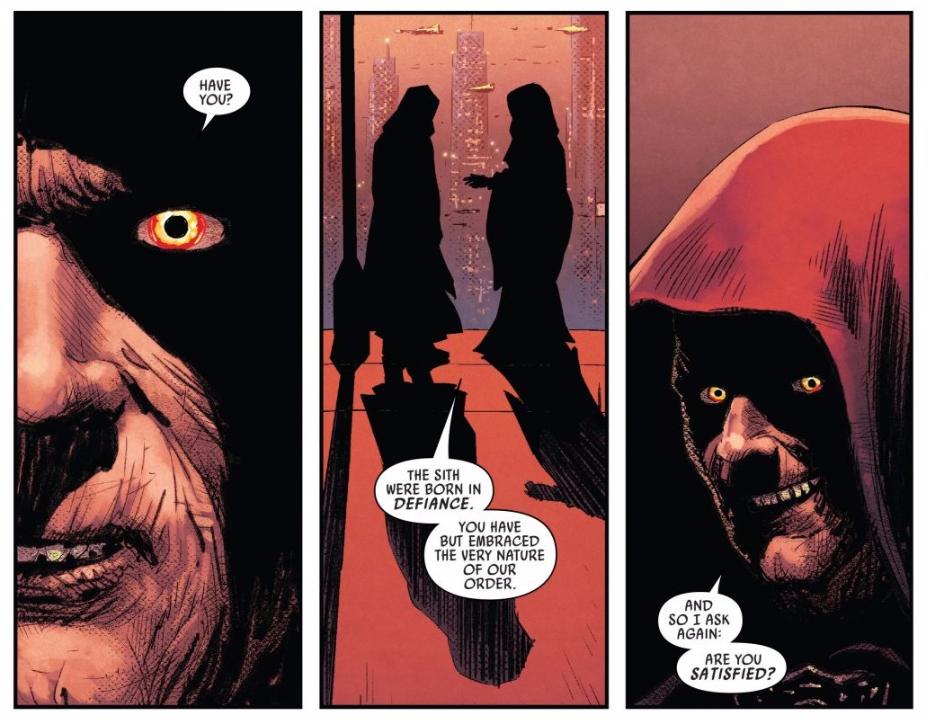 So there is canon evidence that Sidious looked that way already, and the comic seems to imply that this is Sidious' "true" face that he only shows to Darth Maul. As far as I know, this is all we really have to go on within current canon (aside from the ROTS novelization), since in The Phantom Menace what we see of his Sidious face looks relatively normal.

In the Revenge of the Sith novelization, Palpatine examines his face after Mace Windu has been hurled out the window (page 361, emphasis mine):

Palpatine examined the damage to his face in a broad expanse of wall mirror. Anakin couldn't tell if his expression might be revulsion, or if this were merely the new shape of his features. Palpatine lifted one tentative hand to the misshapen horror that he now saw in the mirror, then simply shrugged.

"And so the mask becomes the man," he sighed with a hint of philosophical melancholy. "I shall miss the face of Palpatine, I think; but for our purpose, the face of Sidious will serve. Yes, it will serve."

This seems to heavily imply that this new face, "the face of Sidious", is really his true face.

In Clone Wars, his face as Sidious seems to have crooked teeth and more lines, where his face as Chancellor Palpatine does not: 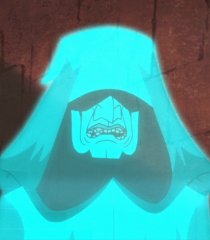 Also, the ambiguously-EU-canon comic Sithisis is about Palpatine performing some sort of ritual, during which he looks like the Emperor/Sidious: 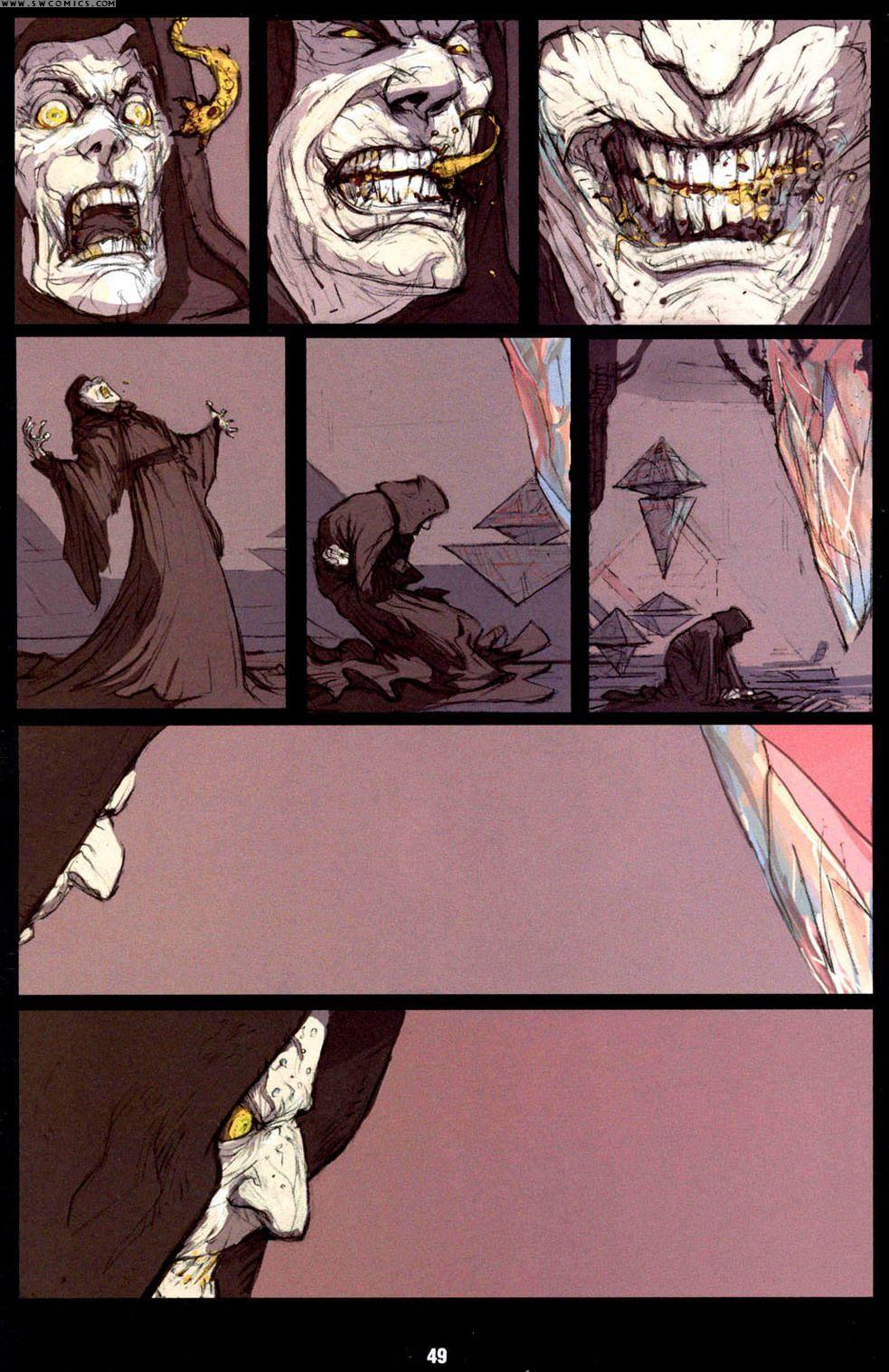 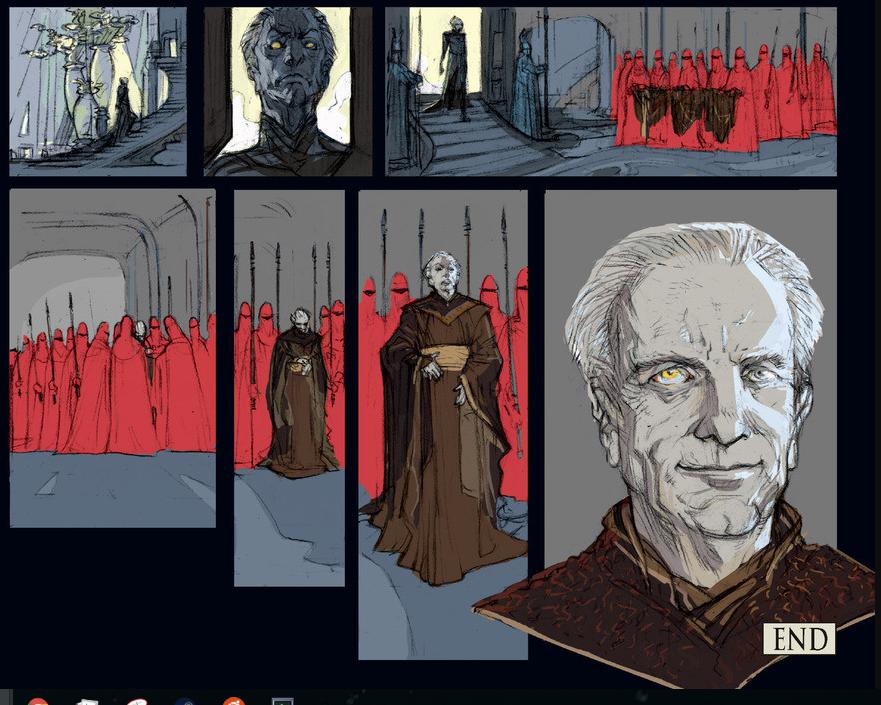 Palpatine, who has delved extensively into Sith lore, was using an almost-forgotten technique to hide his true self.

This explanation cites two Star Wars Insider answers, and comes up with a Sith Alchemy ability that masks the user's true appearance (emphasis mine).

[The] real Palpatine is the one who bursts forth at a calculated moment . . . That is when the true person comes out, letting the evil fully manifest itself. The Emperor . . . looks like he does because he's very old and very evil -- it is what he always looked like. [Star Wars Insider 82 (page 58)]

[It’s] the intensity of reflected lightning and the channeling of such raw dark side power that are the catalysts for Palpatine’s transformation. Perhaps the face that boils up to the surface is shaped by his dark side corruption, but the lightning is definitely the cause. [Star Wars Insider 83 (page 32)]

Just as Sith alchemical techniques can be used to make a subject appear more horrific, they can be used to conceal its true appearance. [...] However, the mask can be dispelled by dark side energy: If the subject takes damage from a dark side Force skill, the subject must make a Fortitude save (DC 5 + damage dealt) or the mask is removed and the subject’s true face reappears.

60
Why didn't Luke become disfigured when he was electrocuted by the Emperor?
63
Is Palpatine's identity a spoiler?
29
Does Sidious consider himself separate from Palpatine?
10
Was Ian McDiarmid’s face modified when playing Sidious in the prequels?
5
If Palpatine is a clone, then why is his face scarred?

10
Did Luke Skywalker kill any innocents when he was Darth Sidious' apprentice?
14
What did the public at large know about the assassination attempt on Palpatine and how he survived it?
22
How did Grand Moff Tarkin Feel About Darth Sidious?
11
Why was Anakin not suspicious about Palpatine knowing about Darth Plagueis?
10
Why does Sidious always want a new apprentice?
22
Did Darth Sidious ever intend for Darth Vader to kill him and take his place?
20
Did Palpatine use the Force to convince Anakin to kill Count Dooku?
10
Why did Chancellor Palpatine reveal to Obi-Wan that Count Dooku was a Sith Lord?
8
Why did Darth Sidious wear a cloak?