If we take a look and compare each Jedi (or Force user) and their track record when it comes to using the iconic Jedi mind trick (not so "Jedi", it seems), a Force ability used to influence the thoughts of others, Obi-Wan stands out: 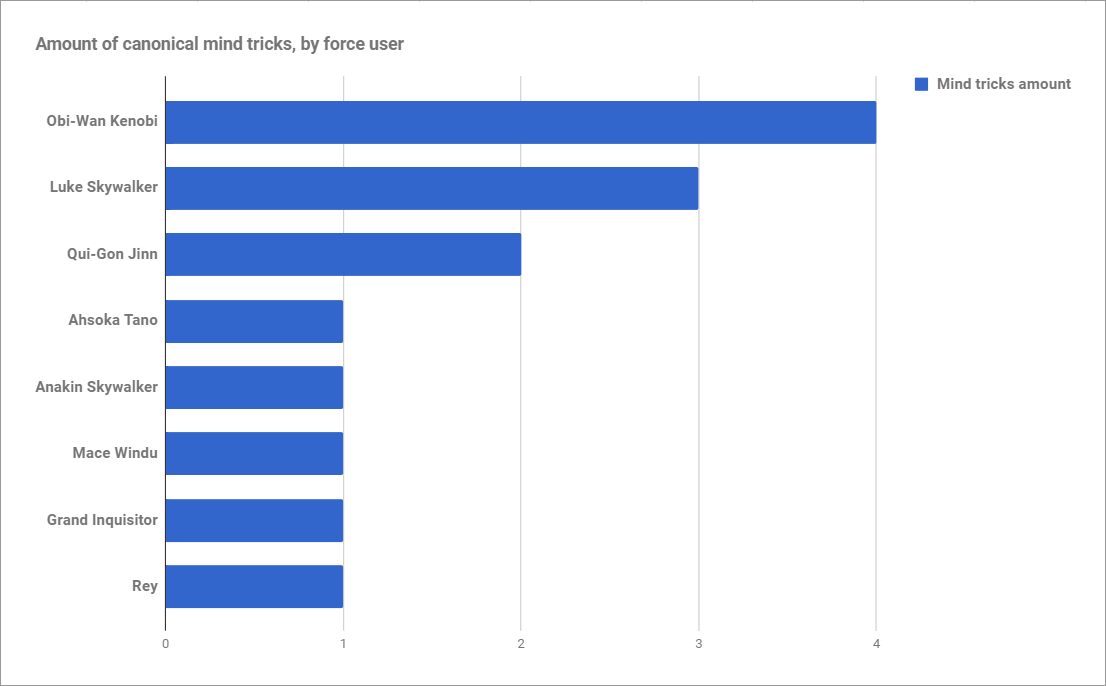 Obi-Wan stands out even more when we take into account failed attempts at using mind tricks: 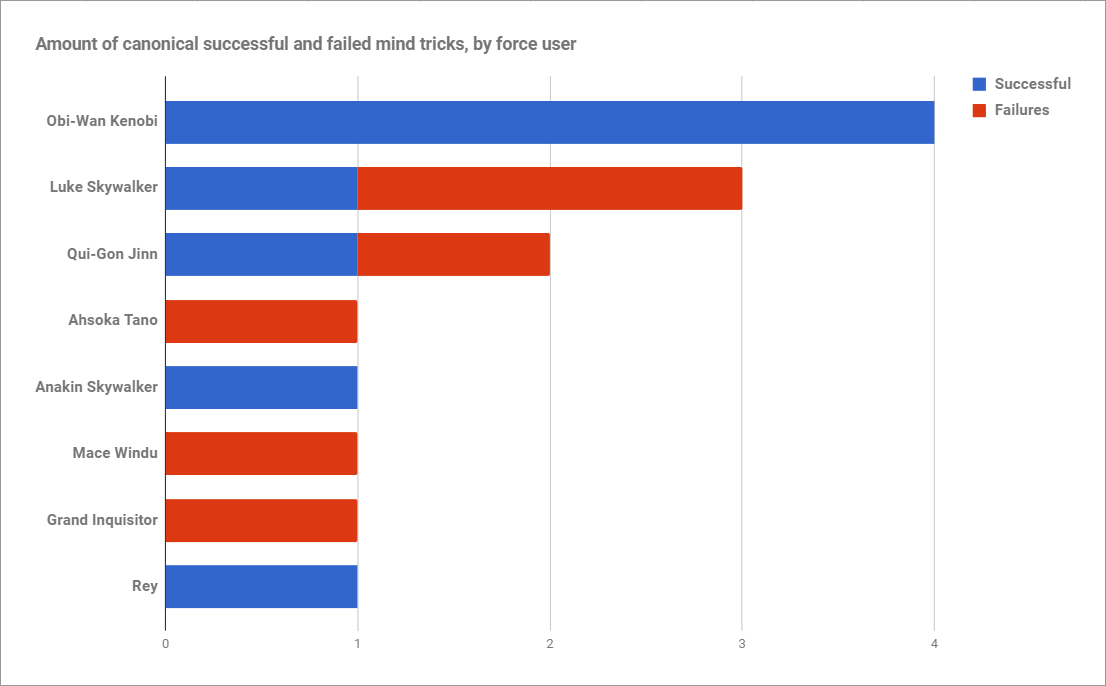 Question: is Obi-Wan's pattern of frequent and highly successful mind trick use a coincidence or is it attributable to something else (like natural talent or skill)?

Essentially I'm looking for a reference, if it exists, from Star Wars canon, which could support either possibility, or a definitive "No, there is no such reference" answer (which would support and suggest "Coincidence"). Legends won't be accepted as a valid source, but will be regarded as interesting trivia if a canonical reference is absent.

Note: the numbers in the graphs were mined from the History section of the Mind trick article on Wookieepedia, which contains cited claims with valid sources, all of which are also part of the new Star Wars canon.

Apparently each jedi has a specific talent in force related skills. If you read the any of the Knights of the Old Republic comics/books as well as the X Wing series by Michael Stackpole, it explains that some jedi have an affinity for certain skills, for instance Corran Horn had a talent for illusion/persuasion based abilities but couldnt perform basic telekinesis unless under extreme pressure.

12
Elements of The Force in A New Hope
12
Can Force Ghosts fight with each other?
8
What makes Watto the Toydarian resistant to the Jedi?
27
Is Anakin's lightsaber the only one remaining from the 'Clone Wars' era?
17
On whom do Jedi practice mind tricks?
22
Why didn't Darth Vader tell Sidious that Obi-Wan disappeared instead of dying?
7
Was Obi-Wan the first Jedi (or first person) to transform bodily into a Force Ghost?
6
Why didn't Luke know about Anakin Skywalker?