What are the units of mass and the standards of comparison in Westeros?

In Game of Thrones S07E01, someone weighs a body part (not being specific to avoid spoilers)-- and finds that it weighs 147 (or something). It always bothers me when people specify unit-less measurements. 147 what? Stones? Kilograms? Pounds? Is there a special block of metal that sets this standard?

ETA: It appears the Archmaester Ebrose was documenting the weights as "penny" in the scene for the basis of the question.

Based on the evidence below, I am fairly certain this would refer to a pennyweight. Whether or not this actually makes sense though is another question. 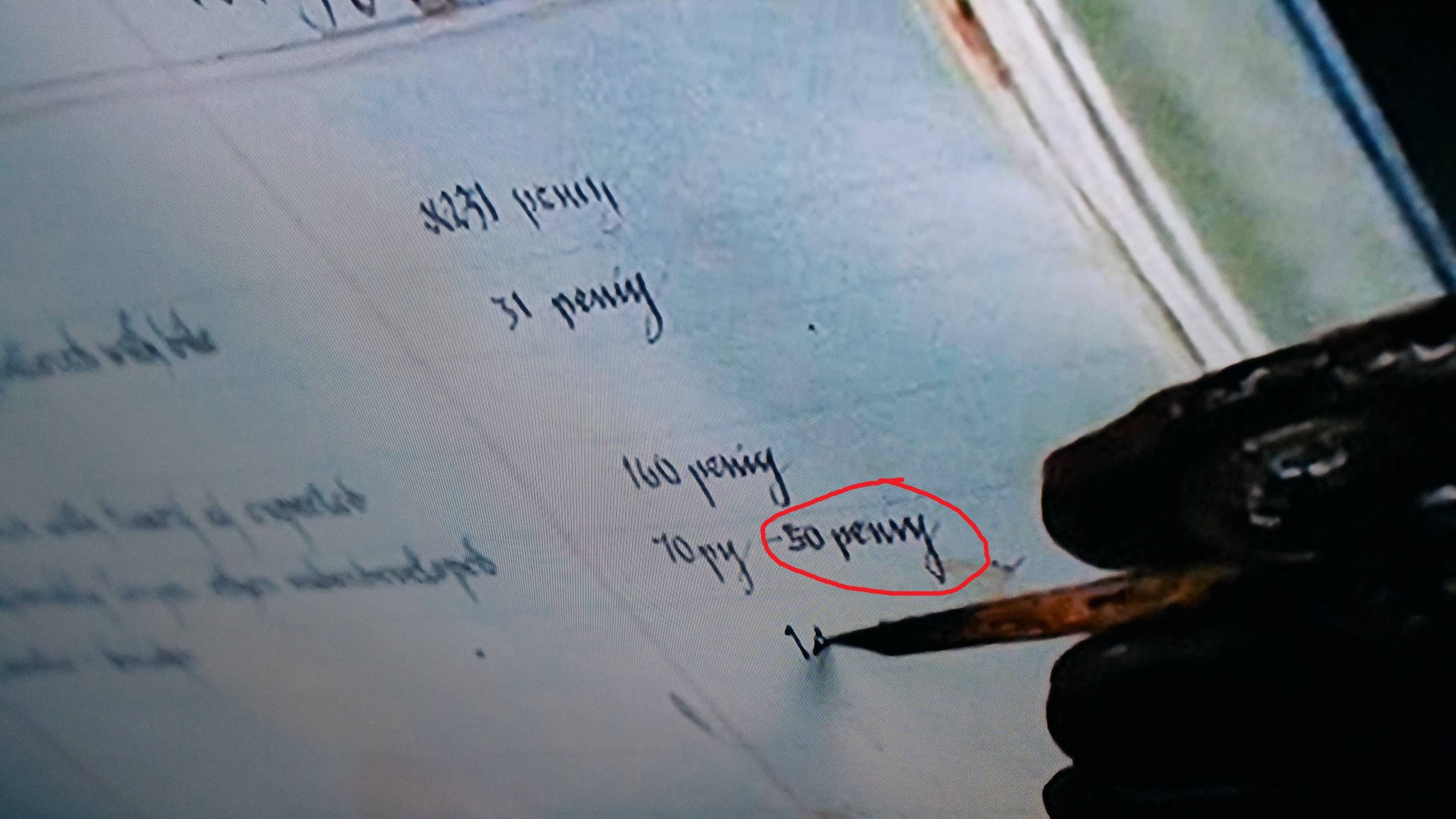 And now back to your regularly scheduled answer...

We do know George based his world on medieval Europe. We see throughout the books that both pounds and stones are used by many characters from various parts of the world (a small sample is given below). These are most likely the base units, however we do not see any smaller units of measure.

George has been known to keep things vague so as fans have a harder time picking up on his mistake. I would suggest that the show is following suit... don't give units because first, we don't know, and second, we don't want to be "wrong".

Edit: Grains and pennyweights are actually the sub units of ounces and pounds and 147 of either could still work

As George RR Martin quoted the planet of Game of Thrones is slightly larger than our earth. Units of mass would not be comparable.

But I must admit: Probably the show makers and GRRM have not thought about this.

Not the answer you're looking for? Browse other questions tagged game-of-thrones science or ask your own question.