TV series about a boy and a ghost girl who was abused?

When I was a kid, I remember watching a TV series about a boy, who could see ghosts through his video camera. He became friends with one of the ghosts, a little girl, and there was a scene of both of them on a carousel together I think? The little girl's caregiver/mother abused her, and I think the boy and his family or friends were trying to find ways to put the little girl ghost to rest.
I've desperately tried finding this but haven't found anything close :(.

edit; It was a british childrens tv show, live action, and I watched it around 2004 I imagine? it was set in a modern era but the the girl ghost was from an older era, maybe victorian. i really cant remember anything else than that though

You might be thinking of The Ghost Hunter, a live-action British TV show that aired on kids' channel CBBC between 2000 and 2002. It was based on a series of novels by Ivan Jones. 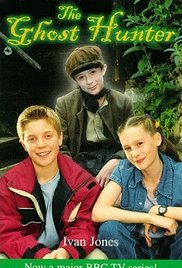 The series follows a boy named Roddy Oliver who lives in a present-day English village, and has the ability of "second sight", allowing him to see and hear ghosts. One day, the ghost of a Victorian shoe-shine boy named William Povey appears in his bedroom, asking for Roddy's help in evading the eponymous "Ghost Hunter", Mrs. Croker, who wants to harness William's spectral energy in order to gain immortality.

The series fits most of your criteria, but the plot doesn't quite match up. The ghost is male, not female, and Roddy wasn't trying to put him to rest. I don't remember whether William was ever abused, or whether there was a scene with a carousel (I haven't watched this in 15 years). However, other ghosts did appear in the series and it's possible that you're remembering one of them rather than William.

10
An old book series about stones, teenagers, and parallel worlds
13
A dark French movie about a little girl, a big guy, and a mad scientist
4
Fantasy story about a boy, a gem, a dwarf and a djinn
10
Book where a boy and girl are transported into a fantasy video game
7
Seeking a kids' mystery series with four ghost and two living teen investigators
8
Book about a teenage boy who helps ghosts stop a poltergeist and they help him win at football
6
Cartoon about a boy who schools with aliens
2
Cartoon series where 2 boys and 1 girl summon monsters ( NOT MAGI NATION OR HUNTIK )