When I was a kid, we still had my mother's 78 rpm record player and her collections of childrens' albums from her own childhood in the 1950s. There were a lot of old 10-inch records with it, but there were a few two-record sets that made particular impressions on me.

These two-record albums had fairy tales, acted out by several actors and a narrator, and they were set to pieces of classical music. Mostly, the actors sang along to the music, with original lyrics. The insides of the double albums had cartoons of the things going on in the the stories.

We had three such albums that I remember: A Midsummer Night's Dream (music by Mendelssohn), Sleeping Beauty (music by Tchaikovsky), and Aladdin (Scheherazade by Rimsky-Korsakov). On the Aladdin record, I specifically remember the "wicked uncle" character singing,

I'm certain that we had at least one more, but it is escaping me at the moment.

For years, I have been trying to locate these audio recordings again, since the old records are now long gone. By I have no idea what label released them, or when they were made, except that it was probably between 1945 and 1960. Internet searches have not turned anything up, so I thought maybe SF&F might be able to help.

These could be records from label "The Children's Record Guild". This label was active from 1950 - 1957 and their releases included Aladdin, Sleeping Beauty and A Midsummer Night's Dream. I haven't heard them myself so I can't confirm if the recordings match your description. 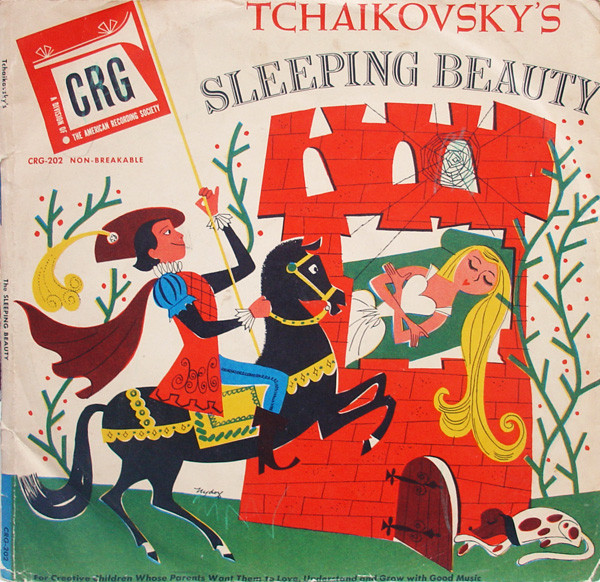 Not the answer you're looking for? Browse other questions tagged story-identification fairy-tales audio-book or ask your own question.

5
Seeking a record with Dracula, the Wolfman, and Frankenstein

24
I'm looking for a Sci-Fi book with a female protagonist who doesn't wear logos
16
A juvenile fantasy novel with the hero being tutored by two famous Jacks from fairy tales
5
Children's book about a dragon who could not breathe fire
10
Looking for a fantasy trilogy and author; supposed to be based on real magical tales
6
Looking for a particular illustrated book of Arthurian Tales
8
Looking for a book of storyteller tales
10
Childrens Anthology with the first chapter of the Hobbit and a Moomintroll story