How do the Chitauri "ships" propel themselves?

In the 2012 The Avengers film, the Chitauri army arrives through the portal along with these big robot alien whale Chitauri dudes. Here's one chasing Iron Man: 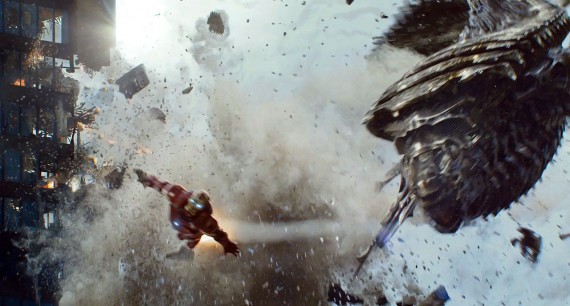 These guys basically swim through the air like... giant robot alien whales. I don't see any means of propulsion. Other, more humanoid Chitauri soldiers fly around on things that seem to be mechanical "speeders" of sorts.

What are these guys? Are they ships, creatures, or both? Is there an explanation anywhere in the Avengers universe for how they defy gravity and swim through the air?

I wasn't able to find confirmation either way, but my belief is that they fly via mechanical means. The leviathans are organic creatures in a armored harness/shell. That shell's back fins have electricity discharging between the fins. Their arm fins have armor that protects the creature's arm, which they use to hack through buildings. Both of these could contain some of the same anti-gravity technology and propulsion that the Chitauri's small flying platforms use.

I found some discussion of their design to back up what I'm suggesting. MTV interviews the Visual-effects Supervisor of the film, Jeff White, here:

These guys are actually organic beneath all of that armor. They have these worn gold plates and energy signatures that ripple down the side.

(emphasis mine) Since they don't have any weaponry besides the physical damage they inflict, what energy would be rippling? I put forth that this is anti-gravity and propulsion energies.

This next one further confirms that they're organic underneath the armor. io9 interviews Production Designer James Chinlund and Concept Artist Ryan Meinerding here:

Meanwhile, the aliens also bring with them the Leviathans — those weird, serpent-like creatures that you can glimpse trashing the city in some of the trailers. Whedon wanted "a creature that was used by the aliens as a transport but also as a fierce attacking animal," says Meinerding. The concept art team on the movie created a number of versions of these beasts — many of which were rejected for being too mechanical.

It has been revealed in Marvel Studios Visual Dictionary that the Chitauri Leviathan use anti gravity technology to fly. I'm not able to get a hold of a better image at the moment but this reddit post contains the following image confirming this: 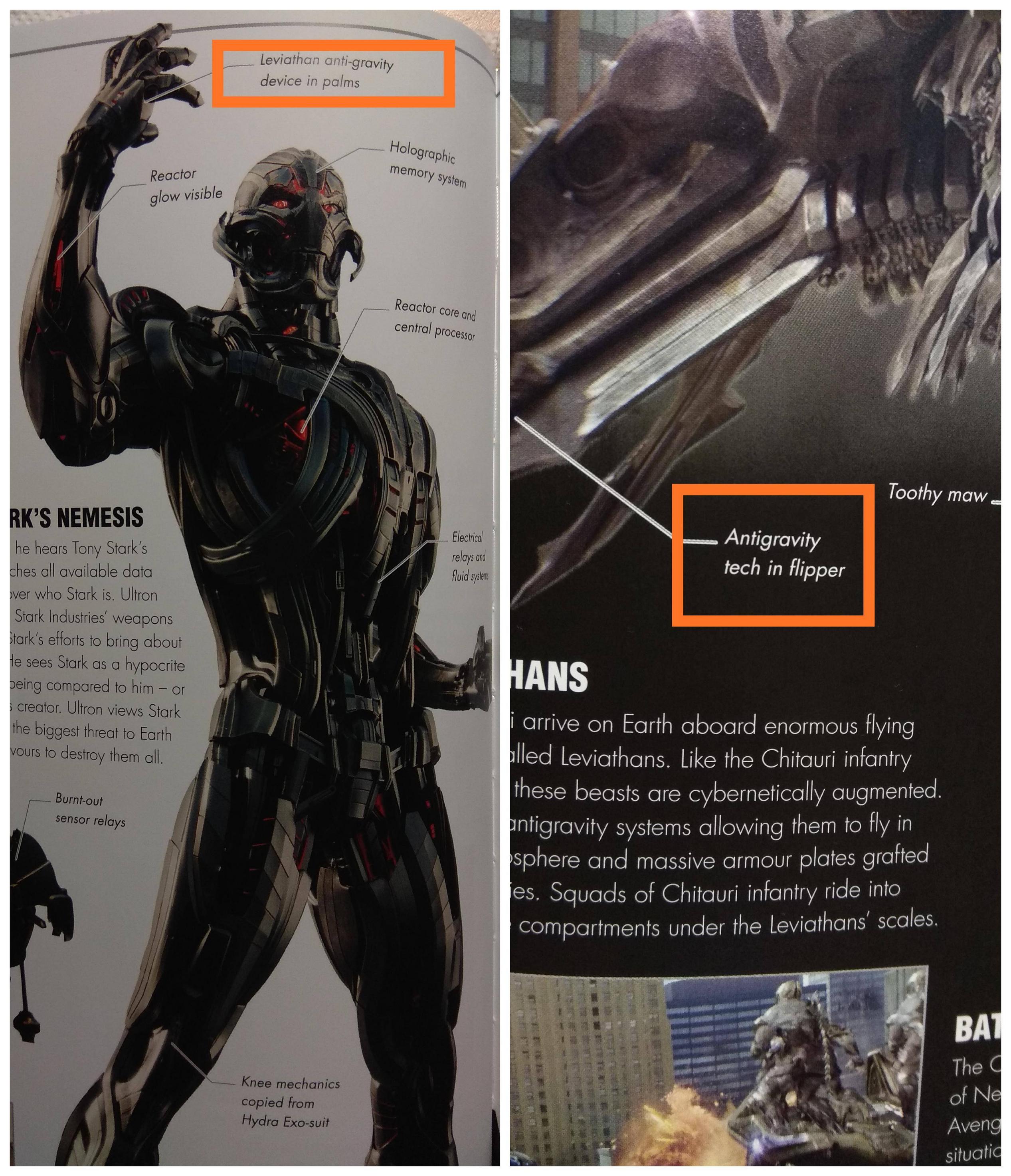 The Leviathans page also seems to have more of a description on the antigravity devises but unfortunately it is cut off.It does also confirm that they are organic inside an armoured shell. I also want to mention that The Art of Marvel's The Avengers goes into some discussion about how organic versus mechanical the Leviathans should be and also mentions a discussion on whether the propulsion comes from the creature or the armour but doesn't explicitly say which direction they went.

Finally, just for some extra proof that the Leviathans use antigravity tech to fly in Marvel's Avengers: Age of Ultron: The Art of the Movie we get further confirmation that Ultron uses Leviathan technology in his hands to fly. 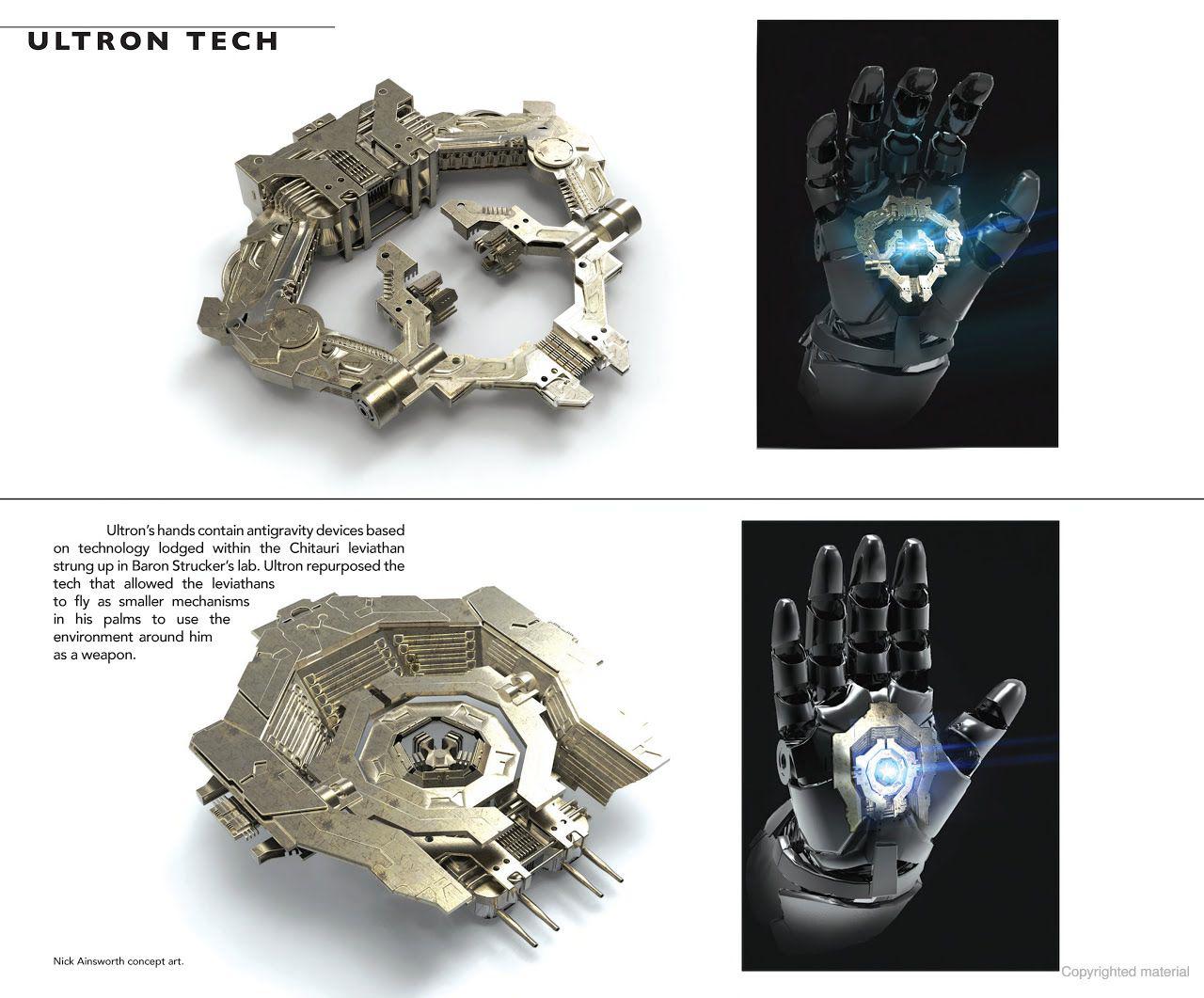 Ultron's hands contain antigravity devices based on technology lodged within the Chitauri leviathan strung up in Baron Strucker's lab. Ultron repurposed the tech that allowed the leviathans to fly as smaller mechanisms in his palms to use the environment around him as a weapon.

Marvel's Avengers: Age of Ultron: The Art of the Movie

The opening act of Homecoming reveals that the Leviathans' armor has Infinity stone based material that is later shown to be capable of antigravity. My guess is it's controlled by the creature and becomes inactive when the creature dies.

20
In the Avengers movie what exactly was Loki's plan for the Chitauri?
5
Why did Thanos plan the Chitauri invasion when he only needed Tesseract?
3
How does the Mind Gem in the Chitauri Scepter brainwash people into loyalty and obedience?
5
Where was the Chitauri weapon hidden?
24
Why did all of the Chitauri soldiers suddenly die?
11
Why did the Chitauri army need a portal to arrive at Earth?
5
How does Thor know that the invasion in Avengers will be in New York?
3
How did Loki regain the Scepter on the helicarrier?