Who is this bounty hunter?

Actually I am not even sure if they are bounty hunter because I do not know who it is... but I ran into this costumed character at Brick Fest of all places...

Is this a real character in-universe or is this just an awesome fan-made costume?

I am assuming this is a character from Star Wars as he was there with the 501st Legion. 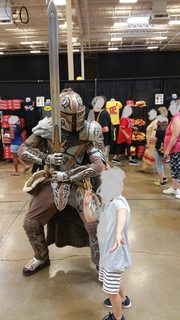 This is a fan-made costume.

Designing and wearing custom Mandalorian costumes has been quite popular for years, especially after the Clone Wars series brought in new, canon Mandalorian armor beyond the original Boba/Jango armors from the movies.

While I have no direct evidence, that person is likely a member of the Mandalorian Mercs, a costuming organization that frequently partners with the 501st Legion and Rebel Legion to invade sci-fi/comic conventions and perform charity work. 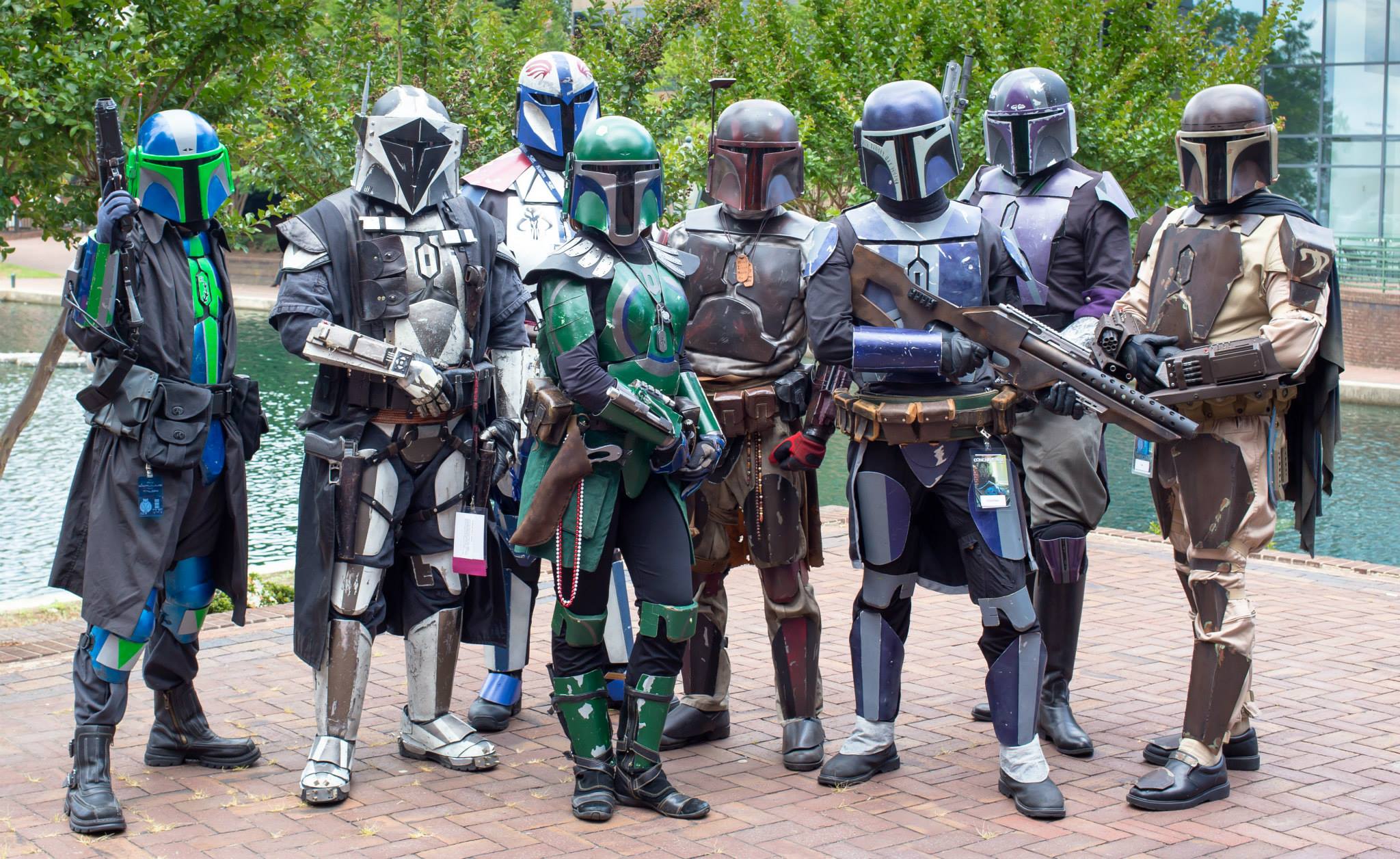 Most people building Mandalorian armor of that level of detail start off their hobbying at The Dented Helmet for resources, guides, and connecting with expert prop-makers. They usually connect with the costuming groups from there or vice versa.

I think it's just a fan-made costume, based on the helmet looking similar to Boba Fett's, meaning it's probably a medieval version of said bounty hunter.

Not definite, but that's what I see.

10
Is there a supermassive black hole at the Galactic Core?
0
Who is the voice actor of Grataa in Star Wars: the Old Republic?
28
Why did Luke use a synthetic crystal in his lightsaber and what were the implications of this choice?
4
Do mathematicians have jobs in Star Wars?
26
How does the math add up in the success of Order 66?
11
How and why was the 501st Legion on Mandalore and Coruscant at the same time?
13
Did the terms of the bounty on Han Solo change between “Star Wars” (1977) and “The Empire Strikes Back” (1980)?