Was Tyranus just a placeholder for Anakin?

During the events of The Phantom Menace, Count Dooku was influenced by Palpatine. 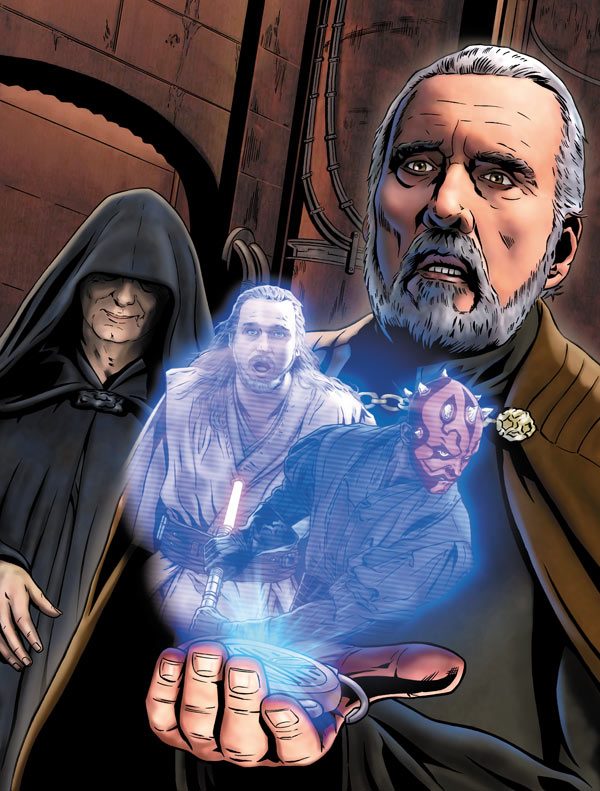 At that time he knew that his former padawan had died. He became disillusioned at the Jedi Order. Then, he was approached by Palpatine and eventually Dooku agreed with him by joining the Sith. Sidious revealed himself to Dooku and Dooku was bestowed the name of "Darth Tyranus".

However, when Palpatine met Anakin on Naboo he said,

We will watch your career with great interest.

At that point, Palpatine already had a plan for Skywalker. So was Tyranus just a placeholder for Anakin?

Tyranus was a placeholder in the sense that Sidious already wanted to turn Anakin to the dark side when he was just a boy (because Sidious wanted a young and powerful apprentice to help him advance his goals). But Tyranus was not just a placeholder -- Tyranus helped Sidious start the Clone Wars, thus creating a crisis during which Sidious gained power as the Supreme Chancellor of the Republic and set the Jedi up for their downfall. Tyranus was particularly suited to convincing systems to join the Separatists since he was a former Jedi Master (he was someone who had a lot of power in the Republic but was "disillusioned" with its failures). It also helped that he was a wealthy Count of Serenno. Anakin therefore would not have been able to help Sidious start the Clone Wars even if Sidious had turned him to the dark side much earlier, so Tyranus was essential to this plan.

Even Vader was in some sense merely a placeholder since Sidious planned to achieve immortality and rule forever. By the Rule of Two Vader would eventually need to challenge Sidious in a fight to the death, at which point Sidious planned to kill Vader and replace him with a new (and once again younger) apprentice (Vader's son, Luke).

It is not in a nature of Sith to plan for "true" successor, i.e. Apprentice that would go stronger and kill them. Exception could be Darth Bane in Legends, but in Canon both Darth Sidious and Darth Plagueis planned to live and to rule as much as they can. There is description of dynamics between Master and Apprentice in novel Lords of the Sith. Duty of the Master is to show only strength to Apprentice. Duty of Apprentice is to be unquestionably obedient, until the moment he is not. Then their confrontation would decide who is Sith Master.

And then, there is the question of Anakin Skywalker, Chosen One of the Force. Both Jedi and Sith were afraid of his full potential, because it was highest in the Galaxy. Jedi were reluctant to train him, and Palpatine famously said "You will not stop me. Darth Vader will become more powerful than either of us. " Neither Jedi or Sith could afford to ignore him, so they tried to persuade him to join their side and control him. I'm certain Palpatine would not just roll up and die, even if Anakin was not crippled in a duel against Obi-Wan. But again, he could not fully rule the Galaxy with such powerful being against him.

What about Dooku ? Dooku certainly was not stupid. He understood very well that Palpatine is younger and stronger in Force then he is. He also understood that it was politically expedient to have him at the head of CIS (well-known ex-Jedi master) . His mistake was belief that Palpatine could still have use of him when he was captured, as was their original plan for attack on Coruscant. Dooku was certainly aware of Anakin's potential, but considered him too young and raw to be true rival at the end of Clone War - his biggest mistake. But is worth of mentioning that Dooku did have some schemes of his own against Palpatine. for example, there are hints that he repeatedly tried to turn Obi-Wan Kenobi to his side, so that they together could go against Palpatine. Also, Palpatine ordered him to kill his assassin Asajj Ventress when she become too powerful. This possibly shows that Palpatine was afraid that two of them would plot to remove him.

In a sense, Dooku's apprenticeship with Palpatine was always temporary affair, it was always matter of moment when either of two would go against other one. Dooku had his chance when he held Palpatine "captive" aboard his ship. He didn't use it, and that was end of him.

Not the answer you're looking for? Browse other questions tagged star-wars sith darth-sidious darth-tyranus or ask your own question.

11
Did the Emperor intend to live forever? If so, how?

43
Why didn't Palpatine publicly change his name once he became Emperor?
54
Why didn't Count Dooku expose Palpatine?
18
Why did Vader and Maul abandon their name while the other Sith Lords in the Movie didn't?
37
What was Darth Maul's birth name?
2
Does Tyranus consider himself separate from Dooku?
1
Why did Dooku not reveal to the Jedi and the public that he is Darth Tyranus?
10
Why does Sidious always want a new apprentice?
2
Did Dooku express his respect/resent to Darth Maul for killing his apprentice?
9
How did Palpatine get the name "Sidious"?
6
Was Darth Maul part of the Separatist movement?