Does a new species always need to contribute a technology advancement in order to be assimilated by the Borg?

Does a new species always need to contribute a technology advancement in order to be assimilated by the Borg, or do the Borg assimilate less advanced races as well, thus trading collective IQ for boots on the ground drones? To put it another way, would the Borg assimulate space apes (EDIT-The Mugato - Thanks, @ThaddeusHowze!) because even though it would lower the Borgs overall IQ, it would increase their presence in a given area? 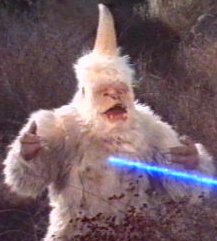 No, the Borg would not assimilate the Mugato (TOS: "A Private Little War"). They simply do not have either numbers nor a particular physical advantage making them worth the effort.

A species such as the Kazon, who were numerous and particularly violent were not chosen for assimilation because they could not provide sufficient technology to make assimilating them worth the time or effort on the Borg's part.

This was addressed at least partially in the answer to: Why aren't we all Borg?

The Borg also look for biological enhancements, but why would they assimilate whole planets for just a few individuals with the traits they are looking for would be enough? One possible answer is that they need to maintain their army of drones. However they are quite picky, picking races that are close to what they want to use so they need less modification in the assimilation procedure.

The mistake here is thinking that the Borg are obsessed with tech. They're also known to have assimilated species that are (to use their own terminology) "primitive" when a species distinguishes itself physically or because some aspect of their culture has intrigued them.

SEVEN: You're wrong. They are here. Vulcan. Species three two five nine. Your enlarged neocortex produces superior analytical abilities. Your distinctiveness will be added to our own

It appears that it's only when a species combines the two facets of being both primitive technologically and physically unimpressive that the Borg will ignore them.

SEVEN: Their [The Kazon's] biological and technological distinctiveness was unremarkable. They were unworthy of assimilation.

As to the question of whether the Borg would assimilate the Mugato, the answer is that they'd almost certainly assimilate (or possibly just scan) one of them to create an assimilation profile. If they were found to be useful (perhaps if their minds could be augmented or their physical strength harnessed in some way) they'd assimilate the entire population. More likely they'd leave the place alone until the Mugato had evolved to the point of being interesting.