I remember reading this late 80's (possibly early 90's), it would have been published about that time, in English. I read it in Ireland.

I feel like it was post apocalyptic fantasy, or a future settled world that descends into low tech.

Two things I distinctly remember, while a large party journeys to find an ancient weapon they're lead for sometime through tunnels by "dwarves", I've quoted that because it was obvious these were a subgroup of humans who had taken to living underground and ate an hallucinogenic fungus.

I remember the end of the book some of the party is ascending some massive tree or entering a massive forest, when with deafening noise the entire area "wakes up" and begins to fly away, it turns out it was one incredibly huge creature.

This has stuck in my mind because the end was confusing and I couldn't figure out what actually happened, or why it was significant.

Unfortunately I can't remember any other plot points, or character names.

I think the cover of the book was mostly red, and may have shown a distant view of an alien forest (but I could be completely wrong about that).

I think primary weapons were bows and swords.

I think the "large party" was comprised of our adventurers and a party of the dominant king/emperors soldiers, and there was some tension between the groups.

It read like the first book in a series, and the second book would pick up from the cliffhanger ending of the first.

It wasn't Darwath, Daggerspell or Shannara.

The "Landscape wakes and begins to fly" immediately rang a bell, I've had this picture as my phone background for a while. 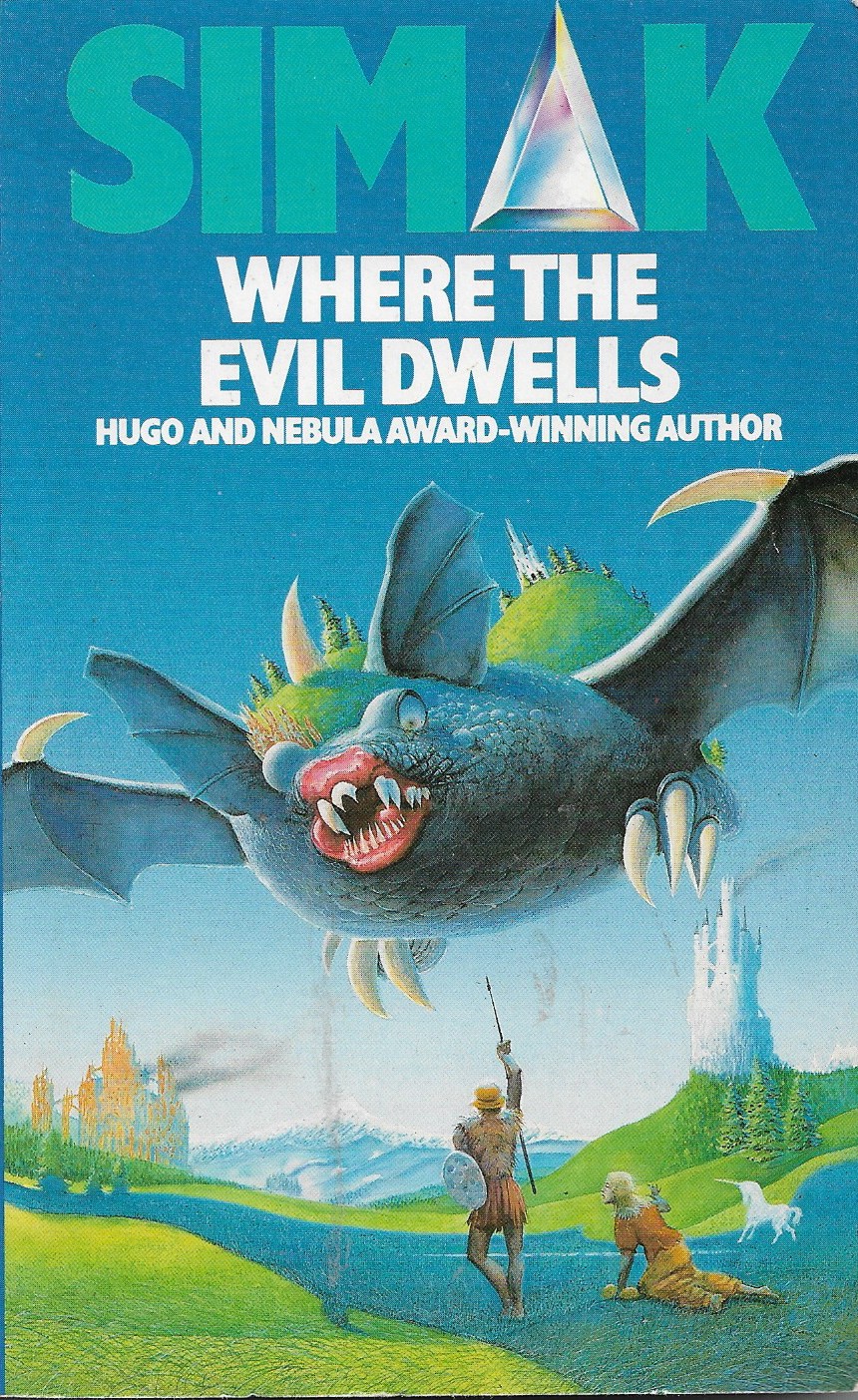 "Secretly and in stealth, four puny humans set out to invade the heartland of Evil - the so-called Empty Lands, filled with every evil creature from the darkest of mankind's myths.

Harcourt went reluctantly to rescue his long-lost and almost forgotten fiancee. The Knurly Man, who was somewhat other than quite human, went to find the death that would be kinder than the future he foresaw. The abbot sought to recapture a fabulous prism in which the soul of a saint had been trapped. And the girl Yolanda was seeking the answer to a mystery and a question she did not know.

But already their coming and their purpose was known. The denizens of the Empty Lands were girding for war.

And behind all the Evil lay the most ancient of dark Powers, waiting patiently for the humans whose souls should set it free."

There are a number of covers, one of which is mainly red.

5
Story of two children lost in time?
12
What novel has advanced alternate Earth humans trying to escape through portals from horrific inter-dimensional creatures?
10
Identifying a fantasy/scifi series/book about abandoned colony/world
5
Young adult novel with a forest in it
12
Novel with nanotech, a utopia isolated from grey goo, and an AI in the protagonist's head
10
Dungeons & Dragons novel about a flying machine
5
Book where people catch the Green Sick, an alien disease, they need evacuating off world to be cured