I've had this poster on my wall for years. Today I noticed that the shadows on the lower ring of the space station don't seem to be consistent with the shadow on the Moon. The shadow at the base of the lower left spoke seems particularly problematic.

It seems that Robert McCall was careful in his work; I would assume that he took the position of the Sun into account.

From the Moon it appears the Sun should be off to the upper right of the poster. Can the shadows on the lower ring be reconciled with this? 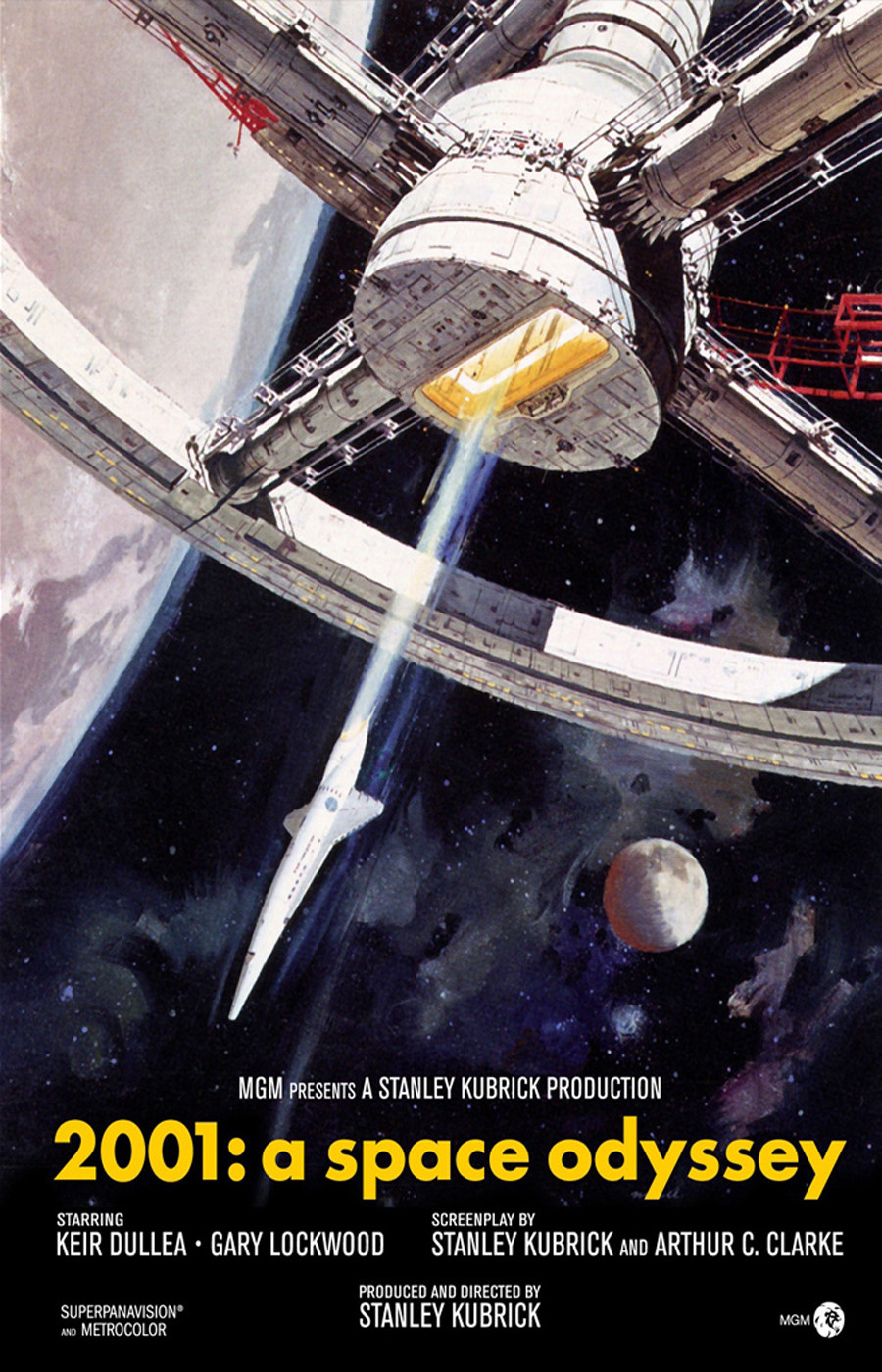 You are correct, this seems to be an error in the poster.

Look at the shadow directly to the right of the bay (that the ship flies out of). It points downwards, thus proving that the sun must be upwards from our perspective.
That clashes with the moon's shadow.

But what if the shadow on the moon is being cast by the Earth?

Though not impossible (the shape of the shadow on the moon is plausible if it were cast by Earth), that still doesn't solve the problem.

The ship's shadow clearly shows that the sun must be upwards, which means that it's impossible for the Earth to then be directly between the sun and the moon.
If they were directly in line with eachother, you should be able to draw a straight line between the three points (regardless of perspective, this remains true as long as there is no lensing or warping). However, that is clearly not the case.

So it's completely impossible?

When we look at the shadows on the ship, we can only conclude that there is a bright light upwards (from our perspective), causing the shadow to be cast downwards.
We assume that it is the sun, but that is not definitively proven.

If there is another bright light (brighter than the Sun, in regards to the space ship), then the shadows can be different without the composite image being wrong.

Not the answer you're looking for? Browse other questions tagged 2001-a-space-odyssey art or ask your own question.