Are there any other male Gryffindors named in Harry's year, beyond the main five?

Based on the comments discussion below this answer, I'm wondering how many students there were in each year. There have been various speculations about how many people attended Hogwarts in total. But it would help to know whether there was only one dorm room per gender per year or whether there were multiple dorms for each year. We'd know for sure that there are multiple dorm rooms per year if there are any other Gryffindor males mentioned in Harry's year (they have to sleep somewhere...).

Obviously, there are the 'main' five boys who sleep in the allstar dormitory:

Are these the only boys who were sorted into Gryffindor as first-years in the year covered by Philosopher's Stone? Are there any other male Gryffindors mentioned at all in that year? I'd prefer named characters if possible but unnamed ones will also do. Arguments from silence are fine if there really aren't any.

Book answers only, please (or JKR interviews), not movie answers.

Update: I've stumbled upon this quote, which implies that there were unknown students (presumably, both male and female) who are unnamed but present around Hogwarts.

"It was murder," said Harry. He could feel himself shaking. He had hardly spoken to anyone about this, least of all thirty eagerly listening classmates.
(Order of the Phoenix, Chapter 12, Professor Umbridge).

As far as I can gather, Umbridge's first class is only for Gryffindors (no other houses are mentioned). That means that there were roughly 22 unnamed Gryffindors, some of whom have got to be boys.

I've searched for all references to Gryffindor, and I was so far unable to find any other male named Gryffindors in Harry's year.

Neville, Seamus and Dean are collectively referred to as "the other second-year Gryffindor boys" when Harry is in his second year.

“They reached their familiar, circular dormitory with its five four-poster beds and Harry, looking around, felt he was home at last.”
- Harry Potter and the Prisoner of Azkaban, Chapter 5 (The Dementor)

There's also a draft list written by JKR of students who she planned to have in Harry's year, and although some things have changed (like Dean's first name), even then there were never more than five male Gryffindor students planned for Harry's year.

This quote implies that there's only one dormitory for first year boys, as Percy was in charge of all the first years, and he leads the boys through a different door from the girls, which is the room with five beds.

“Percy directed the girls through one door to their dormitory and the boys through another. At the top of a spiral staircase – they were obviously in one of the towers – they found their beds at last: five four-posters hung with deep-red velvet curtains. Their trunks had already been brought up. Too tired to talk much, they pulled on their pyjamas and fell into bed.”
- Harry Potter and the Philosopher's Stone, Chapter 7 (The Sorting Hat) 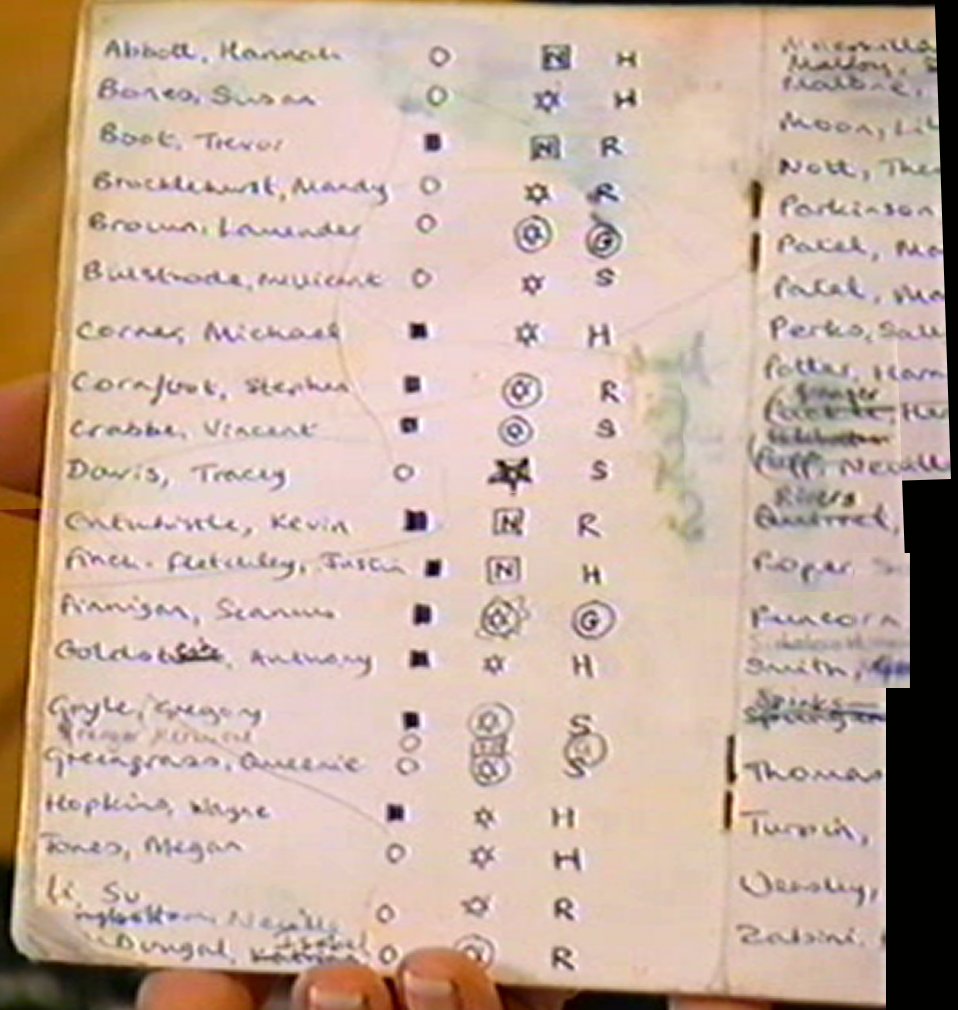 There's also an article on Pottermore about this list, and while changes in the names, like Neville's and Hermione's last names, were discussed, there was no mention of any other Gryffindor boys being intended or planned, nor is there any other on the list.

There's also this quote, where the dormitory is relabeled to say "second-years", and is again shown to only have five beds.

“They hurried up it, right to the top, and at last reached the door of their old dormitory, which now had a sign on it saying ‘second-years’. They entered the familiar, circular room, with its five four-posters hung with red velvet and its high, narrow windows. Their trunks had been brought up for them and placed at the ends of their beds.
- Harry Potter and the Chamber of Secrets, Chapter 5 (The Whomping Willow)

In addition, after Harry and Seamus have a huge fight, both of them expressed a desire not to continue sharing a dormitory with each other. Despite their clear anger, neither of them actually attempts to ask a teacher for a transfer, and Seamus resigns himself angrily to his same bed instead. While not conclusive proof, this does imply that the reason behind them not asking for a transfer could be that they knew there was no other option.

“I’ll talk to you how I want,’ said Harry, his temper rising so fast he snatched his wand back from his bedside table. ‘If you’ve got a problem sharing a dormitory with me, go and ask McGonagall if you can be moved … stop your mummy worrying –”

“You know what?’ said Seamus heatedly, casting Harry a venomous look. ‘He’s right, I don’t want to share a dormitory with him any more, he’s mad.”

“Seamus looked for a few seconds as though detention would be a reasonable price to pay to say what was going through his mind; but with a noise of contempt he turned on his heel, vaulted into bed and pulled the hangings shut with such violence that they were ripped from the bed and fell in a dusty pile to the floor.”
- Harry Potter and the Order of the Phoenix, Chapter 11 (The Sorting Hat's New Song)

There are at most four (though probably less) unnamed male gryffindors according to the books, but many more according to Rowling

We know that there were exactly twenty students in Harry's year who were in either Gryffindor or Slytherin:

The Slytherins were already there, and so were twenty broomsticks lying in neat lines on the ground.

Potions lessons took place in one of the large dungeons. Thursday afternoon’s lesson proceeded in the usual way. Twenty cauldrons stood steaming between the wooden desks, on which stood brass scales and jars of ingredients.

Harry Potter and the Chamber of Secrets - Chapter 11

Out of these twenty, we can identify eleven students who aren't male Gryffindors:

This puts the maximum number of unnamed male gryffindors in harry's year at four.

Of course, some of these four unknown students are probably females and/or Slytherins. It's also possible that there were extra brooms/cauldrons.

According to J.K. Rowling, however, there are 1,000 students in Hogwarts, and the ones who are named in the books are just a small subset. This would give us about 18 students per house per year per gender or about twelve unnamed Gryffindor males.

While I imagined that there would be considerably more than forty students in each year at Hogwarts, I thought that it would be useful to know a proportion of Harry's classmates, and to have names at my fingertips when action was taking place around the school.

Books are higher canon than Rowling, especially where any type of numbers are involved, so we can probably ignore her statements.

There are only five Gryffindor boys in Harry's year, and the page about Bem on the Harry Potter wiki confirms this, if you scroll down to the Behind the Scenes section.

Bem cannot be considered canon, as the books identify in several places that there are only five Gryffindor boys in Harry's year: Harry Potter, Ronald Weasley, Neville Longbottom, Seamus Finnigan and Dean Thomas.

As I mentioned in my answer to the question of total number of students in Hogwarts, we never find Harry's year taking Defense Against the Dark Arts with another house (excepting NEWTs when there are too few students), yet in Harry's fifth year Defense Against the Dark Arts class there were 30 students. Unless over 80% of Harry's Gryffindor year was female (statistically unlikely), there would have had to be other males in Gryffindor in Harry's year. And while it is true that in that same answer I did note that the evidence from classes in previous years indicates that the number of Gryffindors in Harry's year was much smaller, which would be a problem for my point here, I did propose a(n unpopular) resolution to the contradiction in a different answer which would still support my point here.

Moreover, in another section of my answer to the number of total students in Hogwarts, I showed that based on the Quidditch tryouts in Half-Blood Prince there would have been over 130 students in Gryffindor. Harry's year has only eight named students:

If we assume that there were no unnamed students in Harry's year we are left with the strange situation in which Harry's year would have had 8 students while the other years would be averaging around 20 students.

Additionally, there aren't many named students in other years in Gryffindor either. During Half-Blood Prince we only know of about 20 named Gryffindors — the eight in Harry's year plus:

So we're looking at well over 100 unnamed Gryffindor students. Why wouldn't some of them be in Harry's year and be male (particularly if we take the fifth year Defense Against the Dark Arts class size at face value)?

Of course, as Bellatrix noted, there are only five beds in Harry's dormitory, so we would have to then assume that there were additional unmentioned dormitories servicing the other male students in Harry's year.

126
Why is JK Rowling considered 'bad at math'?
37
Who did Hermione share a dorm with?
16
How many students attended Hogwarts?
33
Why is the intake of students for Hogwarts so small compared to the number of witches and wizards in Britain?
20
Are there canon examples of students permanently transferring from one school to another in Potterverse?
17
Are the Gryffindor house dormitories all on the same floor?
21
What happened to each of The Original Forty?
5
Is there only one dorm per year group at Hogwarts?
5
How many students are in Harry's year in Gryffindor?
-7
What are the names of everyone in the four houses in Harry's year?
See more linked questions

18
To what extent are flying lessons provided at Hogwarts?
33
Why is the intake of students for Hogwarts so small compared to the number of witches and wizards in Britain?
20
How many Hogwarts students changed year from book to film?
12
Why did the founders think boys were less trustworthy?
27
Did Dumbledore unnecessarily hinder the life-chances of students by cancelling all exams in Chamber of Secrets?
37
Who did Hermione share a dorm with?
5
How many students are in Harry's year in Gryffindor?
5
Is there only one dorm per year group at Hogwarts?