What are these events from Widow's past?

In the film The Avengers, Black Widow and Loki have a discussion. During it, Loki refers to some of the red on Black Widow's ledger (i.e. things she regrets or owes people for). The items he mentions are:

What are these referring to? Is this a reference to events from her comic book counterpart's history?

Those events have not happened in the comics, as far as I know, (been reading the Avengers for nearly 30 years) but are likely to be part of whatever movie magic the Marvel Cinema Universe concocts in the future for both Hawkeye and the Black Widow.

Loki is a being whose powers are far beyond mortal humans. He is a sorcerer and a trickster. He likely used some sort of divination magic and/or mind-control magic (on Hawkeye) to get information about the Avengers and the Black Widow.

He learned about events they were both engaged in that would have her in debt (in the red) to him and saved them for just the right moment when he thought he could secretly crush her emotionally and convince her to liberate him.

Loki, playing the deck from the middle, had already planted the seeds of discord among the Avengers from the very first time he met them (Thor's appearance disrupted his plans but not by much, Thor being very obtuse in the thinking department).

He assumed that the Black Widow's emotional appearance meant he was successful in his emotional attack but he did not count on the Widow's "interrogation" technique that put her in a submissive role in order to gather information from her enemies. 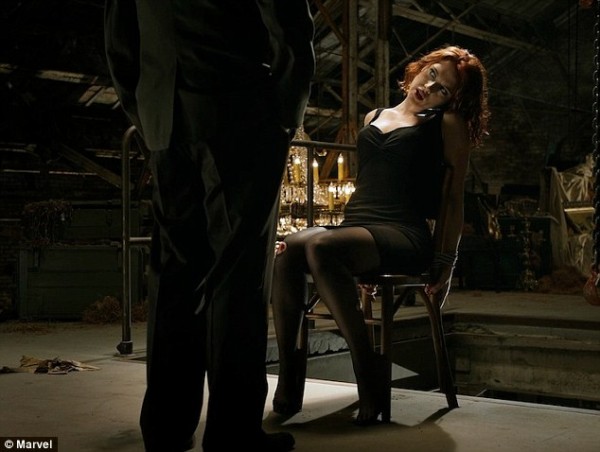 The exact wording escapes me, but earlier in the conversation she alludes to having used her skills as a mercenary/assassin, and that Hawkeye was assigned to kill her in turn. Clearly, Hawkeye spared her life, and my reading is that she had a change of heart; the 'red in her ledger' is the people she killed during that time, for which she is now trying to atone (TVTropes link: caution advised).

We learn in Black Widow (2021) that General Dreykov was the man behind the 'Red Room', a clandestine super-soldier project focusing on brainwashing young girls, including the titular Black Widow.

Prior to her defection to the US (but after she'd been compromised and turned against her handlers), she worked with Clint Barton to kill Dreykov by demolishing the building that was his base of operations. His daughter was seen, by her, entering the building. She could have delayed the explosion, but only at the risk that Dreykov might leave. 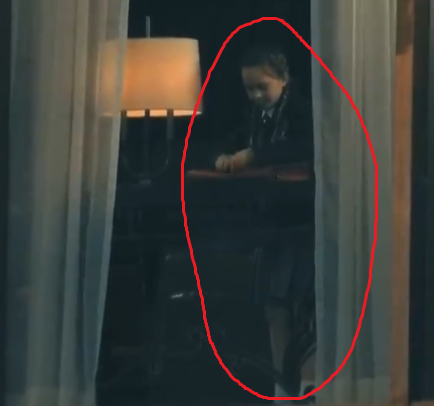 It may interest you to know that daughter actually

survived as The Taskmaster

Black Widow's biological parents were un-named, but "Drakov" is a slavic name, and the majority of scandinavian surnames are ---son or ---dottir, based on gender, similar to the Russian tradition of girls having -a at the end of their surname, eg. 'Natalia Romanova', 'Illyana Rasputina', to name Marvel examples. Also, Thor refers to Agent Coulson as "Son of Coul", which to me suggests that Loki was saying "Can you wipe out that much red, Drakov's Daughter?" (Or, 'Drakovsdottir', technically.) San Paulo and the hospital fire are, I assume, events from Natasha's past that ended with a high body count.

The phrase "red in the ledger" comes from old bookkeeping terminology. Before computers, financial records were recorded by hand into ledgers. Bookkeepers would keep track of their business's debits and credits in their ledgers by recording them in black and red ink. When a business was "in the red," it meant that they had were more credits then debits and were losing money (or owed money) rather than making it.

When Black Widow says that she "has a lot of red in [her] ledger," she means that she owes more than she is owed, or that she has many debts she owes to various people for various reasons, some of which are mentioned.

Actually both of your interpretations sound correct with the blood and debt thing. However, when I watched the movie, I immediately thought "red" meant communism. Like, she didn't want any U.S. government or any international government knowing that she was actually from Russia and worked for them? I thought that was why Loki mentioned she was Russian. Maybe a three-way meaning =D

They actually already knew she was Russian, in the comics at least but I'm pretty sure in the movie as well. 'Red in my ledger' I do believe is referring to the crimes she has committed over the years. No idea who Drakov is( been reading the comics for years and have never seen or heard of him), but another man named Ivan became Natasha's father so....yea. Hope this helps somewhat.

28
What did Loki mean when he called Natasha (Black Widow) "Drakov's daughter"?