Has anyone ever tried to fix Professor X's back?

With all the mutant powers out there, including X-Men Apocalypse...

when Apocalypse was preparing to transfer into Charles' body. He could have repaired his body, or so it seems since he fixed Archangel's wings earlier in the film...

have there ever been comics or movies that suggest anyone has ever fixed Professor X's back, or tried and failed? Or has any writer ever expressed why it is so important to keep him in the chair?

For all I know Charles has a mind set that it is not important and the things that have happened have happened, but somehow I fail to see why it wouldn't be more convenient to not be confined to the chair when surely some mutant out there could do something about it.

There have been a few mutants who have removed Charles from his chair. Whether him getting put back into the chair counts as them failing is another matter.

The first time this happens is in Uncanny X-men #167 Xavier's body is cloned and his mind is transferred to the new body. This gives him the ability to walk. This is the first time Xavier regains his ability to walk after losing it in a fight with Lucifer.

The second time this happens is in Uncanny X-men #297 Xavier was able to walk briefly, but only for a few editions before he was chair-ridden again.

The third time Xavier regained his ability to walk was when the mutant healer, Xorn, restored his legs in New X-men #126 following Xavier's mind switch with Cassandra Nova. In #146 this was revealed as a hoax as Magneto had pretended to be Xorn and had used nanotechnology to support Xavier's spine.

Xavier claims that when the world was remade, it had given him his legs back. Not having read this arc specifically, from the context, I've gathered that Wanda Maximoff destroyed what there was and remade it and provided Xavier with the ability to walk.

These are all the occurrences I was able to find. I will look more in a bit, and provide sources (in the form of panels)

There's always been an implication that Xavier's powers are what chain him to that chair.

In the X-Men 90's cartoon series there's an arc that starts with the episode Whatever it Takes, where Xavier and Magneto are in Antarctica and enter the Savage Land, which removed their powers and allows Xavier to walk again. Yes, that is Xavier pulling Magneto out of the river, as seen in this screen grab from the next episode, Red Dawn 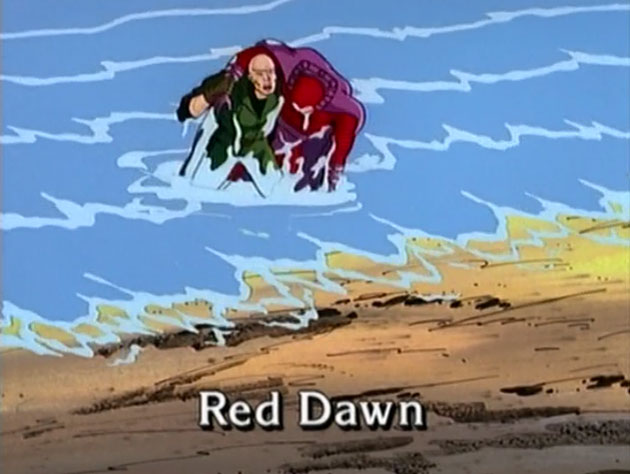 We later find out they have a machine that can suppress mutant powers and, upon its destruction at the hands of Xavier in The Reunion, Part II, he immediately loses control of his legs again.

19
Why doesn't Professor Xavier use Wolverine's healing power to fix his legs?

19
Why doesn't Professor Xavier use Wolverine's healing power to fix his legs?
12
Professor X's mind reading and Wolverine's adamantium skull
20
Has Daredevil ever accidentally killed anyone?
12
Does Rogue ever take advantage of the removable power suppression we see?
8
What was Deadpool's line about the two Professor X's?
28
If Magneto's metal helmet can block Professor X's telepathic powers, why can't Wolverine's adamantium skull?
5
Has Tony Stark ever tried synthesizing Vibranium?
6
Has Matt Murdock ever tried to pass as sighted?
23
Did we ever see Professor Charles Xavier control animals?