So I know there were a few different books in these anthologies of short stories, but the only ones I read were 'fantasy' and 'horror'. The fantasy cover was purplish with a dragon on it, and the horror one had a woman with cybernetic eyes on the cover with a green back I think.

In them there is a story about a girl that gets a ring that lets her hear people's thoughts, but after she hears all of the horrible things people are thinking about her she cuts off the finger with the ring because it won't let her pull it off.

There is also a story where a man dreams about being in a tower of some sort with an old woman floating at the foot of the bed staring at him.

These books had illustrations, but they were in black and white. They were printed in English and I remember picking them up from Borders in the 90's or early 2000's.

"The Ring" is a short story from Point Horror: 13 More Tales of Horror, printed in 1994. This story in particular was written by Margaret Bingley.

I found it via TVTropes' A Mind is a Terrible Thing to read (WARNING: TV Tropes!):

The short horror story "The Ring" by Margaret Bingley, in which a girl acquires a cursed ring that enables her to read the minds of everyone around her and is soon driven insane when she discovers how much her family and "friends" really despise her.

Not sure if the "Old Woman in the tower" is one of the other 12, but it might be.

Additionally, the cover of 13 More Tales of Horror is similar to the description. 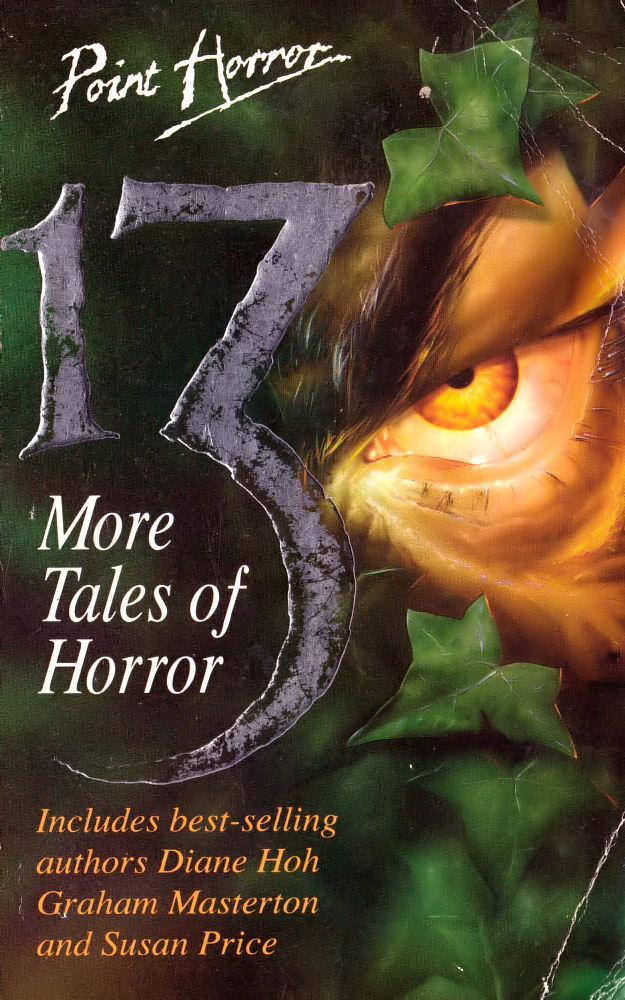 It might not belong to a cybernetic woman, but it's definitely an eye on a green background.

It isn't that particular book you pictured, but I was able to find it based on the title and author you gave me. Thank you so much! 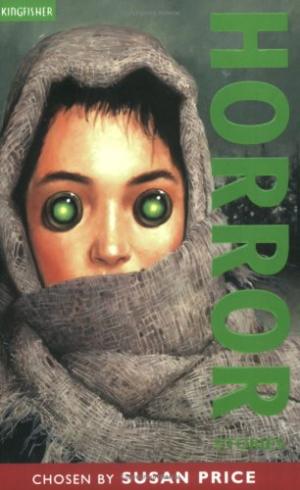 The fantasy collection is from the same series by Kingfisher. The picture below for the cover: 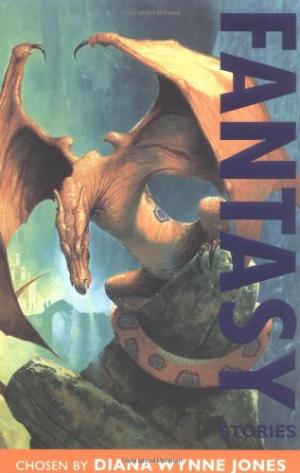