How does Shadowcat keep her clothes on?

Kitty is able to phase things that she's touching, wearing and holding. No solid (pun intended) explanation of her powers is ever offered other than that it's an extension of her will, guided by practice. In the What-if comic "What if Magneto had formed the X-Men with Professor X?" we see what she was like in her younger days, periodically losing items of clothing as she phased through walls, especially when in a hurry. 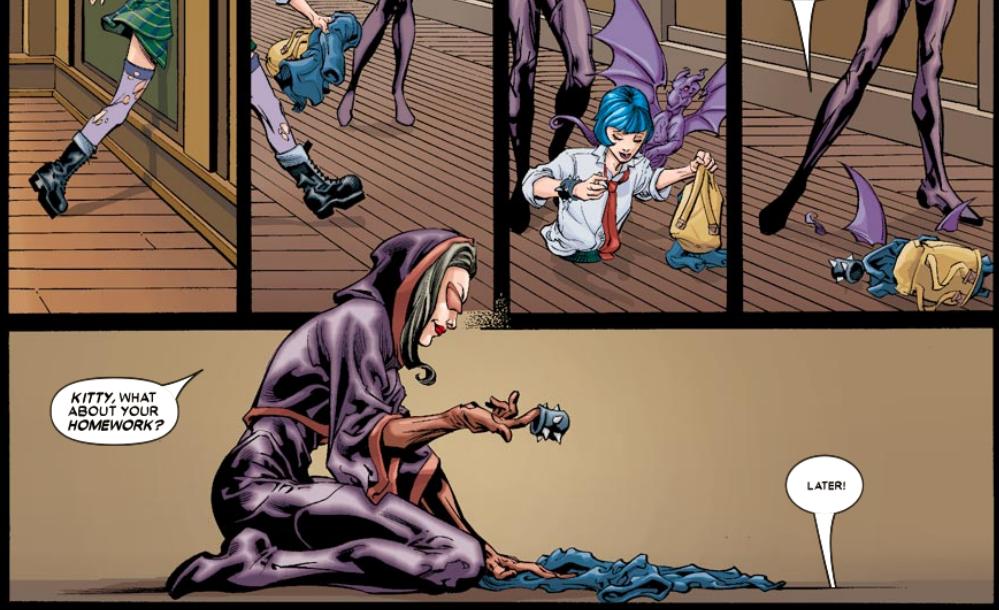 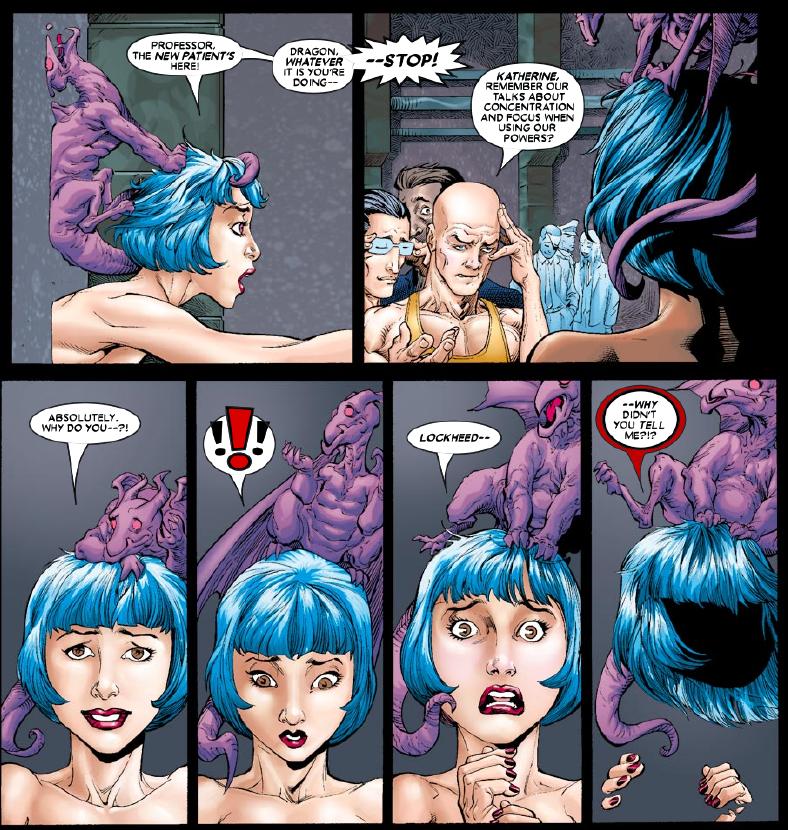 It is not uncommon for powers to be extended to the character's clothing. In some cases this is built in, sometimes it is a feature of the clothing, like Johnny Storm's unstable molecule clothing that allows him to flame on without incinerating his clothes on a daily basis.

In Kitty's case, she can phase things she touches along with her, she just reflexively does this with her clothes without having to think about it. I imagine if she wanted to, she could leave the clothes behind, but would have to do so as a conscious choice.

In-universe, most characters whose powers would logically affect (or be affected by) their clothing use costumes made of unstable molecules, a type of matter discovered/invented by Reed Richards that allows the cloth to be affected by powers the same way the characters' skin is.

For the FF, this means outfits that stretch with Reed (Mr. Fantastic), turn invisible with Sue (Invisible Woman), and are not burned away by Johnny (Human Torch).

In GIANT-SIZE X-MEN #1 (1975), Xavier tells the new members of the team who he provided costumes for (Storm, Thunderbird, and Colossus at least; I think Nightcrawler used his circus costume, and Banshee, Wolverine, and Cyclops all had costumes already) that their costumes were made out of unstable molecules. In fact, this was used as an excuse to allow Storm to make her costume appear instead of whatever else she was wearing (not something we'd seen with unstable molecules otherwise; I suspect this was swiped from the "change into my costume by spinning" thing from the Wonder Woman TV show around that time). Colossus had his costume on under regular clothes; when he shifted to his metal form, the ordinary clothes would rip away, but the costumer would be there. As Kitty joined not long after that, her costume would almost certainly have been made of unstable molecules as well.

Note that this is not to negate the fact that Kitty can phase her clothes through things with her, as she did so the very first time she phased; just a note about life in the comics version of the MU.

Not the answer you're looking for? Browse other questions tagged marvel x-men kitty-pryde or ask your own question.

68
How do the Incredible Hulk's pants stay on but not his shirt?

22
Does Mystique need to actively maintain her transformation?
13
Why doesn't Kitty Pryde fall through the ground?
7
How does Mystique change height?
25
How can Kitty Pryde achieve time travel with her phasing abilities?
5
How does Kitty Pryde know/learn to control her time travel power
4
Can Kitty Pryde phase through material attached to her (e.g. Toad's slime)
5
Does Husk Have to Pull off Her Shed Skin?
1
How did Emma end up with slime covering her face?
27
How does Rogue from the X-Men fly?