I have been trying to find a book that I read when I was a kid and was wondering if anybody knew what it was. I think it was about a brother and sister, and the brother had gotten good at a video game that was actually made by aliens. They got annoyed and abducted him, and then the book followed the brother and sister as they encountered puzzles that the reader also tried to solve. It was illustrated and not particularly thick. All I remember from what it looked like is a page with the sister standing on the surface of the alien planet, which is mostly a pinkish red, and looking at a bunch of UFOs; a page where the brother is stuck forced to play the video game; and a page where he's trying to solve a maze of silver pipes (but this one I'm most iffy on whether I'm remembering it correctly).

Does anybody know what I'm talking about? Even if the book you have in mind doesn't totally match what I put, it's possible I got some details wrong because it was from so long ago.

I believe the book you remember was, in fact, The Intergalatic Bus Trip, part of the Usborne Puzzle Adventures series. 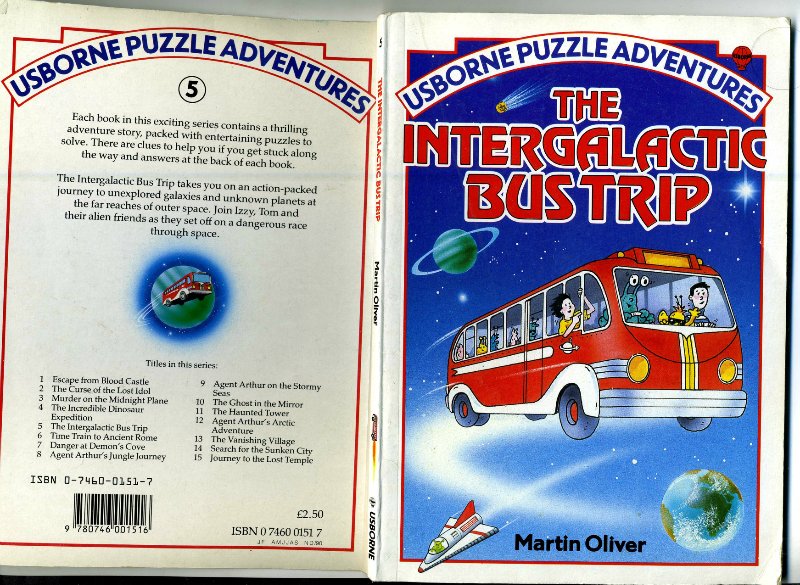 This is about the only book in that series I hadn't read. Here's the page showing the computer game: 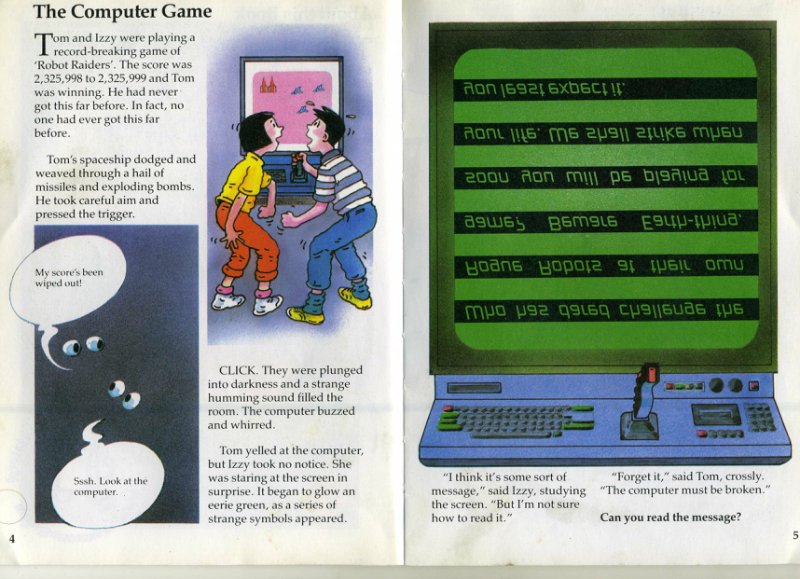 Who has dared challenge the Rogue Robots at their own game? Beware Earth-thing, soon you will be playing for your life. We shall strike when you least expect it.

Not the answer you're looking for? Browse other questions tagged story-identification aliens childrens-novel illustrated-story or ask your own question.