What is printed in Vulcan script on Spock's black robe in 'Star Trek: The Motion Picture'?

As seen in the following screenshot, running vertically down the center of his suave jacket/coat.

I've compared to supposed charts of the Vulcan alphabet. It appears to be three large letters that aren't listed in the chart? 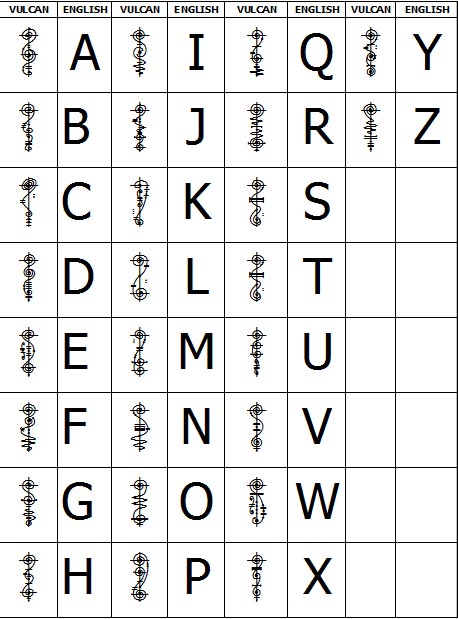 From this Tumblr posting, it's claimed that the characters don't translate as letters but rather as words, specifically Rata, Tafar, Tapan, meaning "Concept, Mental Discipline, Cerebral Process". 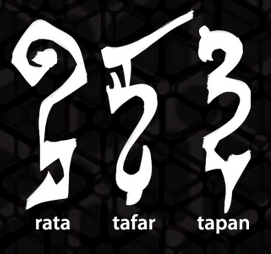 This appears to agree with an image and translation provided under "Vulcan language" on Memory Alpha here:

Rata ("Concept"), Tafar ("Discipline"), and Tapan ("Process") are the background names for a trinity of symbols or letters that appeared together on several Vulcan robes…

The Memory Alpha article provides this screenshot of Kuvak from Star Trek: Enterprise, with apparently the same symbols running down a central seam of his Vulcan robe. 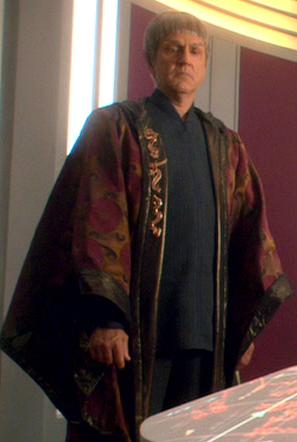 Looking at http://korsaya.org/standard-vulcan-script-%E2%80%A2-gotavlu-zukitaun/, which is the "standard" script - your chart appears to be the "calligraphic" script - they appear to be somewhat stylized versions of the letters rata, shai tafar, and Sa tapan, read from top to bottom.

(Edited: I thought originally the struck ones, but after reading the comment to the question referencing memory alpha, I compared with the chart at Korsaya, and decided that tafar and tapan were at least as good matches as shai and sa, and arguably better.)

Not the answer you're looking for? Browse other questions tagged star-trek languages costume star-trek-the-motion-picture or ask your own question.