What did Tony Stark say to the press?

At the end of Spider-Man: Homecoming, after Peter Parker

Peter leaves Tony and Pepper without an announcement for the assembled press.

In a seemingly spur of the moment decision, Tony asks Happy if he still has

Pepper's engagement ring that he had been holding on to since 2008.

After some discussion, Tony and Pepper then walk out on stage to a crowd of reporters to make their important announcement.

Was the scene left intentionally vague, or

Signs point to Tony having used the event to propose. 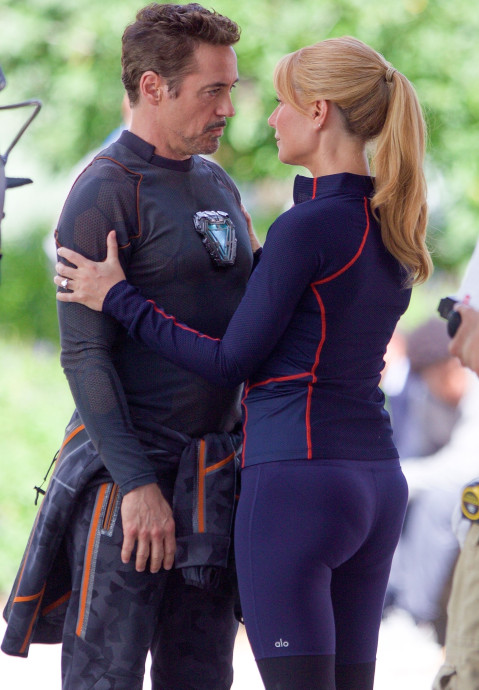 Technically, this doesn't mean that they used the event to propose - it could have happened later, but given the scene in at the end of Spider-Man: Homecoming, and this evidence, we can reasonably assume that it happened there.

Yes, I think it is definitely meant to show that

Tony Stark did propose, but in the most Tony Stark-ish way possible.

In fact, I don't think there was any ambiguity in the scene. I'll admit that it was rather sudden, considering that the last we heard about Pepper and Tony's relationship was that they were taking some time apart. I can't say that I have any evidence from the comics to back up my assertion either. In fact, in the comics, even though Pepper had feelings for Tony at one time, she eventually ended up marrying Happy, Tony's chauffeur. However, I think others will agree with me when I say that it is fairly obvious from Pepper and Happy's reaction in the movie that Tony proposed to Pepper. Given the context, there is no other announcement to make to the reporters, and he did give her a ring after all. You have to keep in mind that Tony Stark has one of the biggest egos in the MCU, and I highly doubt that he would propose in the traditional fashion of getting down on one knee. Every action Tony makes is deliberate and taken with command. He's used to giving orders, and I think it is unlikely that he would ever ask Pepper to marry him. Rather, it seems to follow his personality that he would "allow" Pepper to finally marry him.