What stops other benders from mastering the four elements?

In the Avatar universe, what is it that stops other people physically or spiritually, besides the Avatar, from mastering the four elements?

Only the Avatar can master all four elements. It has nothing to do with the skill, worthiness, lineage, karma, chi or capabilities of an individual. Only the Avatar who is linked specifically to the spirit of the world and able to trace his reincarnations has the spiritual capacity to manipulate more than a single element. This information is backed up by the Avatar IP Bible used by the staff of the show. The basic rules are listed at the end of the document and are concurrent with the suppositions listed here.

UPDATE: With recent additions to the Legend of Korra and particularly the flashback episodes Beginnings 1 & Beginnings 2, it is confirmed the ability to bend multiple elements in a single person is due to the spiritual merging of the first Avatar Wan and the spiritual being known as Raava, the Spirit of Peace. 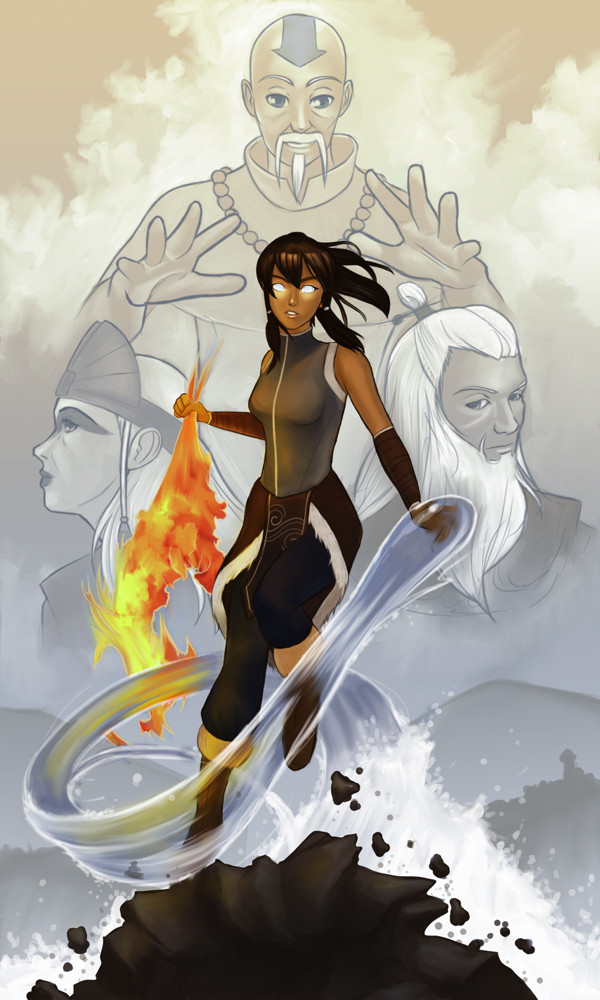 There have been plenty of masters of the bending arts whose mastery was undisputed including Fire Lord Ozai, Combustion Man, and Princess Azula (sister of Zuko) to name three but this did not give them mastery of any other element. Two of the three of these would have certainly sought greater power if it were available to them.

Elemental bending is linked to:

The Avatar is the spirit of the planet incarnate in human form, and thus the only physical being with the ability to practice all four bending disciplines.

--Wikia entry on The Avatar

The only case of any one person being able to bend multiple elements, or an element not associated to their nation of birth, is the Avatar, the spirit of the world incarnate, having the ability to practice all five bending arts.

Bending is a form of elemental mysticism in the award-winning animated television series Avatar: The Last Airbender where a "bender" is able to control and manipulate one of the classical elements: water, earth, fire, and air. Each element is associated with a different type of bending: Waterbending, Earthbending, Firebending, and Airbending, respectively, all of which are based on a different real-world martial art. A person who is a Bender (not all people are Benders) can only bend one element. The only exception of this rule is the Avatar, who can bend all four elements.

See my link on What determines a Bender's element?

With the release of the Avatar the Last Airbender IP Bible, (kudos to Keen for finding it) several of the suppositions I made have been released and confirmed. I am copying them here in the event the source document link is later lost. Rationales are not always listed but some things are clearly defined:

From page one of the Rules:

This document qualitatively proves no one but the Avatar can master the four elements and no one can ever bend more than a single element.

Per the Avatar: The Last Airbender bible, which was partially posted here, no. Only the Avatar is capable of bending more than one element.

Further, the The Legend of Korra episode Beginnings indicates that humans could bend more than one element, with the assistance of the spirit Raava and the lion-turtles who granted humans bending. However, due to her merging with Wan, and the lion-turtles who granted bending to humans leaving the physical world for the spirit world, no one except the Avatar is capable of this feat. (there's one likely theoretical exception though, if someone who journeyed to the spirit world and worked with Vaatu, they might manage to gain control over multiple element bending)

As a supplement to the other answers: It appears to be that Energybending -- the form of bending used before the Avatar -- is just a lost art. Not impossible to use, just lost.

Before the Avatar came into existence and the separation of the four elements, people bent the energy within themselves. Eventually, they discovered the other four bending arts, and, over time, the knowledge to perform energybending was almost completely lost.

It's knowledge, so there must be a way to discover it. If another bender rediscovers energybending (remember, many people now know of its existence, just that nobody knows how to use it).

Once they learned energybending they probably could force the ability to bend different elements out of other benders.

When Avatar (Korra) allowed the Spirits to enter the physical world, people mysteriously began to gain the ability to bend air, only few had access to this power because,to have gained it,both your Parents or your Grand Parents had to be 2 Water benders, 1 air bender and 1 water bender, or 2 air benders. The energy that spread the power could go extremely far but, it didn't get as far as the water tribe, on the other side of the world (as you know they didn't search there.) but, If someone with those Genetics may have been somewhere closer at that time, they could have gained two bending abilitys.

There is one problem with this though, the body can't handle bearing more than one element but, no worries, On an episode of The legend of Korra we met, Wans uncle, who had been possessed, this in fact made him a better bender as his body was able to handle it. So when unalak released all the spirits whilst fighting giant Korra, someone may have been possessed making them strong enough to bear two elements.

It hasn't been seen though, and Bryke hasn't said anything so, I guess we'll never know.

All of this is severely outdated. Bending was given by Lion Turtles. Lion Turtles only gave multiple elements to Ravaa to eventually give to Wan. It's possible others could have had multiple elements and not die in the process of being overly strained, but all Lion Turtles capable of granting bending were hunted and killed according to the Avatar wiki. Thus, nobody will ever be able to bend multiple elements or even attempt it as the source of the original granting is gone. Not even the Dark Avatar could multi-bend as Vaatu was never given the powers to hold by the Lion Turtles.

The only Lion Turtle left is the one who can grant energy bending, and he keeps well hidden and on the move.

-1
Can more than one person be able to bend more than one element?
43
What determines a bender's element?
12
Would it be possible for some to bend two elements?
10
Who was the first Avatar?
15
Avatar: Who is the weird guy with a third eye?
5
Could Vaatu's release create a second Avatar?
2
Are you born an avatar?
4
Is the Star Wars Holiday Special part of Disney's SW canon?